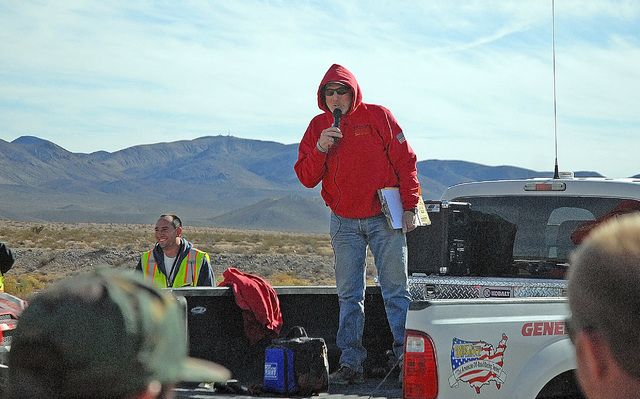 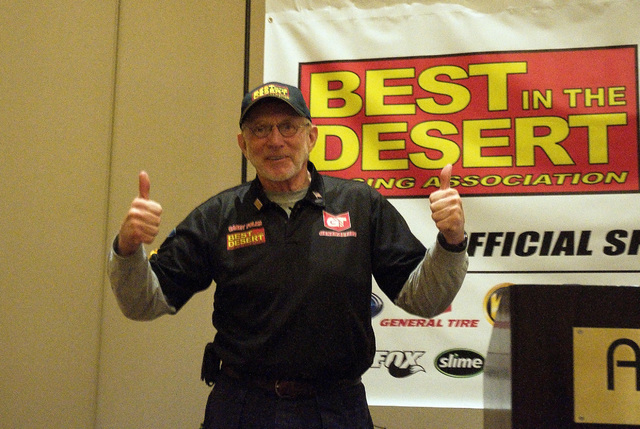 Horace Langford Jr. / Pahrump Valley Times Casey Folks, who died Thursday, talking to the press and announcing in 2015 of his intent on returning to Pahrump. 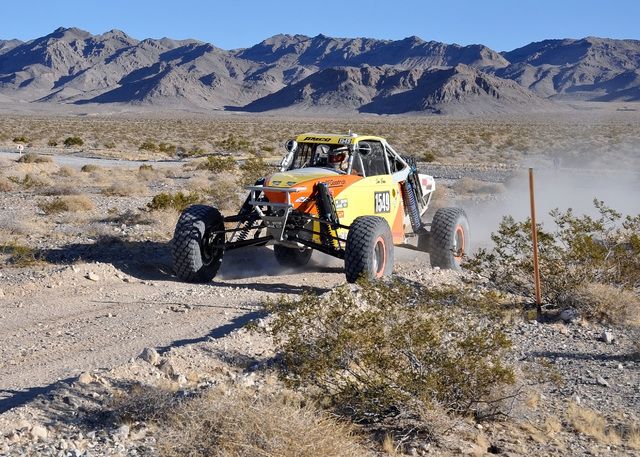 Casey Folks, president of Best in the Desert Racing Association, came back to Pahrump in December with the return of the Pahrump Nugget 250. He is best known for the Vegas to Reno off-road race. He went out doing what he did best, organizing a race down in Parker, Arizona, where he had his stroke. He was airlifted to Las Vegas, where he passed away on Thursday morning. Folks said that his Vegas to Reno race brought $48 million to the regions the race touched and for Pahrump he said the race brought in $15 million to the region.