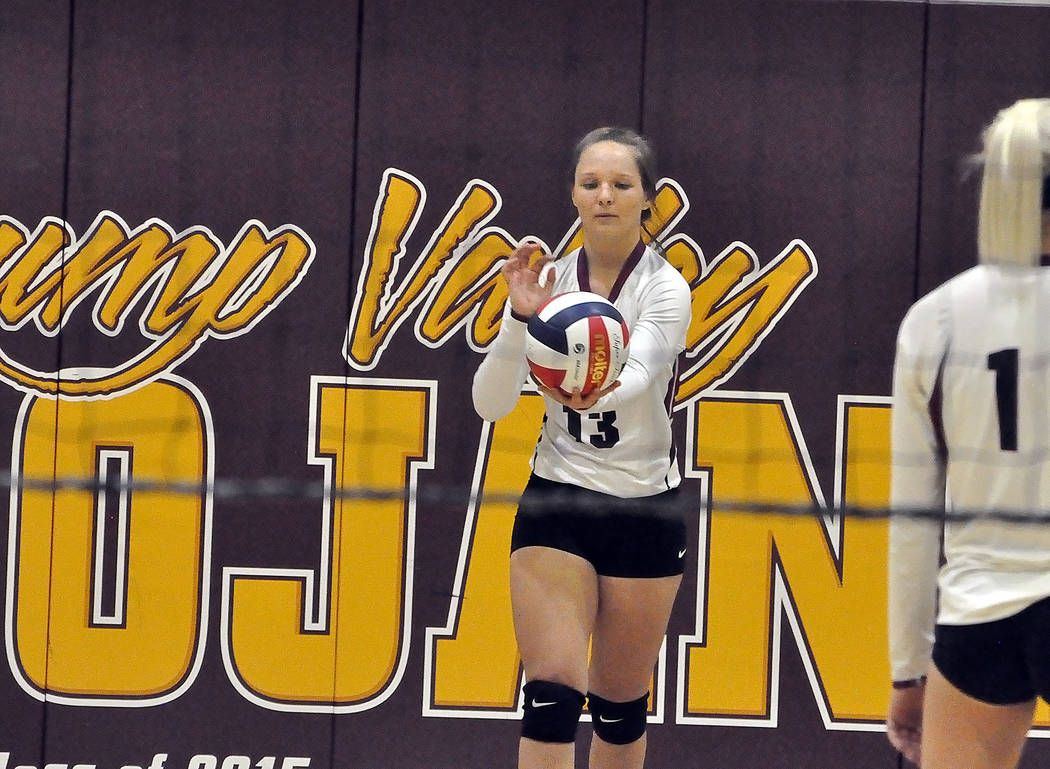 Horace Langford Jr./Pahrump Valley Times Junior volleyball player Jackie Stobbe serves the ball last year. She is one of two returning players this year and a team player. She is one of those athletes that plays three sports and just enjoys playing sports. 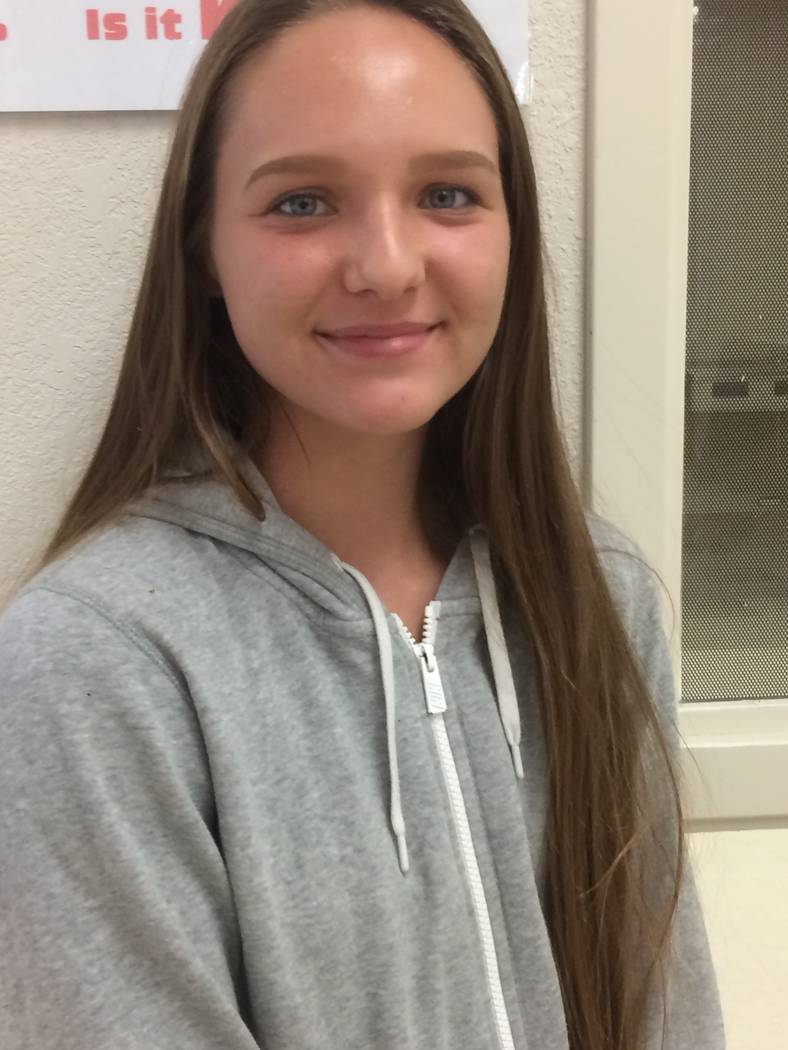 Junior Jackie Stobbe loves sports in general and currently plays three of them at Pahrump Valley High School this year.

Although she has been told that to play softball in college she will have to concentrate on that sport, Stobbe just couldn’t play one sport all year long.

“I just can’t imagine stopping and playing one,” Stobbe said. “I have played the other sports for so long. It is weird to just stop them now.”

Being a three-sport athlete is a challenge to her. She plays varsity volleyball, basketball and softball. She made the varsity softball team as a freshman and as a sophomore in the other two.

She tried to quit volleyball this year.

The problem for Stobbe is this: softball is her favorite sport and she wants to play it in college and she knows she has to play more softball to play at the next level. The trouble is trying to find enough time do it all.

She sees the value of club ball and she usually plays club ball in the summer.

“I didn’t play this last summer because our team’s coach was doing something else,” Stobbe said. “But hopefully I will play some before the season. I will just have to juggle my school.”

Stobbe is looking to go to college to be either a nurse or a teacher but she doesn’t want to give up being an athlete.

“I have no idea where I want to go,” she said. “I am still trying to figure it out. I guess I will go wherever I can play for I will just be happy to play.”

Stobbe wants to go to college as an infielder, possibly as a second baseman.

Why not play just one sport?

Stobbe is a good athlete and she has a love for sports in general. She got hooked on sports at an early age.

“When I was little I did dance, gymnastics and I played soccer up to sixth grade,” Stobbe said. “I started playing basketball in fourth grade and then volleyball in sixth grade.”

It would have been easy for her to leave volleyball this year but she didn’t.

Stobbe has grown to love her new role as team leader on the volleyball team and despite the slow start, a 2-8 record, with a recent lost to defending Class 1A state champions Pahranagat Valley.

“I think we will do really well, the other teams in the league are not necessarily strong. We have a lot of young players but we have a lot young players that will become strong players. Our middle blockers got a lot of experience in trying to line up with them during the Pahranagat Valley game. Blocking is one of those things that you have to do over and over again until you figure it out. Playing against that team helped them out a lot. As far as my setting, I feel like I am doing really well.”

Don’t expect her to quit anything, but instead she will find time to “juggle” her schedule so she can play more softball and do it all.