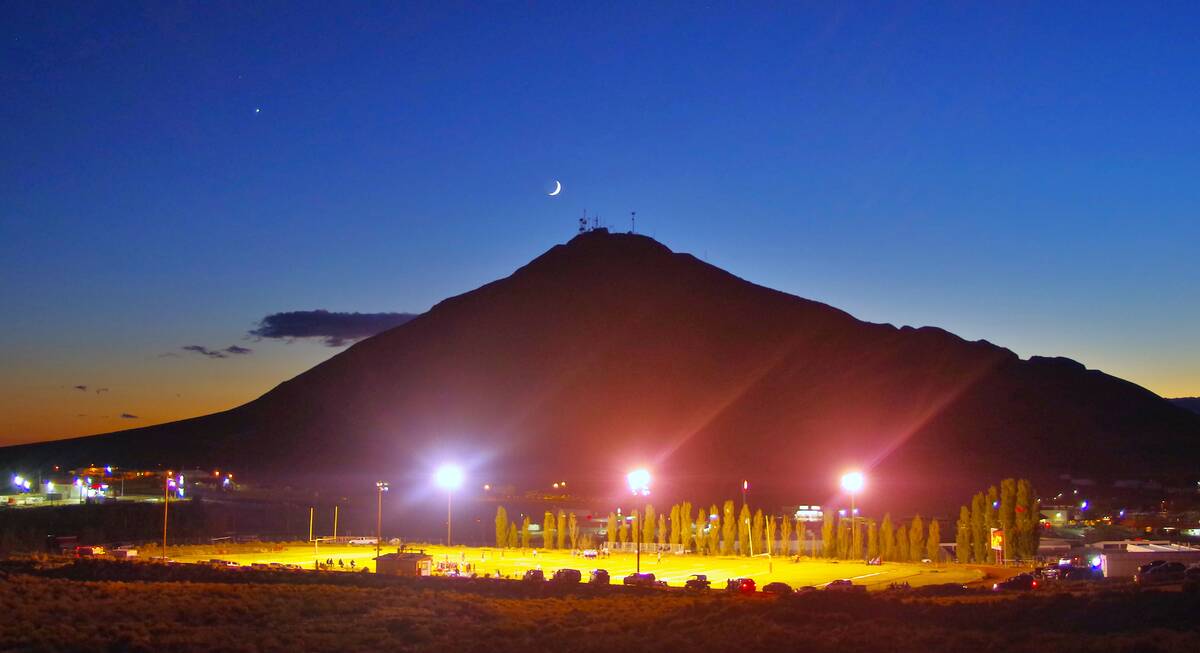 Marcus Prazniak/Special to the Pahrump Valley Times The Tonopah Muckers won on Friday, 74-42, when they hosted the Knights of Round Mountain

“We came out really sloppy and had a hard time adjusting,” Tonopah head coach Duffy Otteson said. “After we got out of our own way, we took over the game in the second quarter.”

The high-powered offense was led by Tonopah’s quarterback, Anthony Gromis. He led the team in both rushing and passing yards.

Gromis finished the game with over 500 all-purpose yards and had eight total touchdowns. Gromis ran the ball into the end zone six times to go along with his 210 rushing yards.

Sophomore wide receiver Thomas Newell led the Muckers in the receiving category. He finished with five catches for 192 yards and one touchdown. The catches and yards were both season highs for Newell.

“Cody really had a good game,” Otteson said. “He is really becoming a good running back for us.”

Pippin finished the game with ten rushing attempts for 79 yards. He also added three catches for a total of 22 yards, giving him over 100 total yards for the game. On top of his offensive stats, Pippin had a total of 296 return yards between punts and kickoffs. He returned one of each for a touchdown, including a 75-yard kickoff return.

The Muckers will have a much needed bye week coming up as they’ll look to get some players back that have been banged up with injuries. Their next game will be on Friday, Oct. 22 when they host the Panthers of Pahranagat Valley. The Panthers are currently sitting in first place in the 1A Central division and will host Round Mountain this week.

Kickoff for Tonopah’s game against Pahranagat Valley is currently scheduled for 7 p.m.