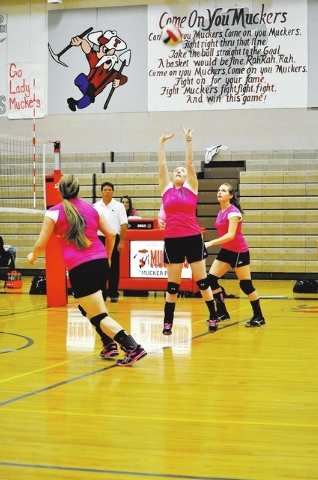 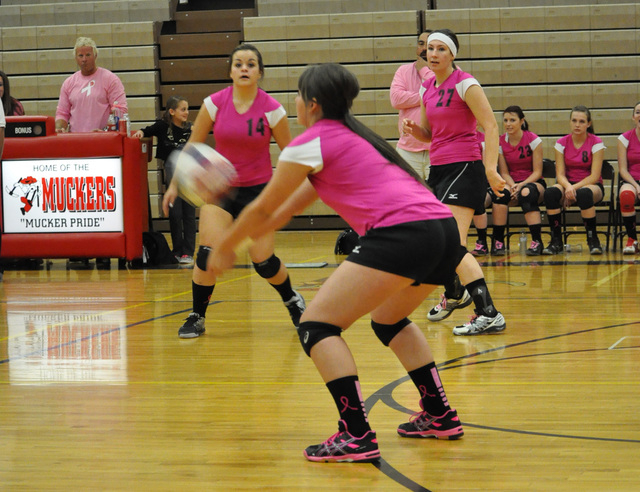 The Tonopah Muckers easily dispatched Adelson on Friday and Word of Life on Saturday in league action 3-0, and 3-0. Tonopah improves to 6-0 in league play and 10-1 overall. The team faces Indian Springs this week an then Pahranagat Valley at home the following week.

“We will be ready,” he said. “We are always close to being ready and we just have to fine tune things and go over some game film. We need to see if we can find any errors that we need to address and hopefully find some of theirs that we can exploit.”

The coach said Adelson and Word of Life are both young programs that are improving. Even though his team took care of business on Saturday he believes there is always something his team can improve on.

On Saturday the team brought back Elise Salisbury who had suffered a severe broken leg during the summer and was not expected to come back and play. The original prognosis was for her to miss the entire season.

“Elise Salsbury came back against Word of Life. I put her in to start because we were missing Sydney Maughan. We were keeping this hush-hush just in case she had a setback or something. She was able to get medically cleared by her doctor and she participated in practice and we put her in. She was not up to game speed, but she has a great set of hands. If she can get up to speed by divisionals, she can certainly compete for her old position.”

Going into divisionals and playing a team like Pahranagat Valley Tonopah could certainly benefit from a player like Salsbury who has been there. She was a member of last year’s state title team and can certainly help the team down the stretch. Salsbury said she felt great and was back to her old self.

“I have been trying to get back at it for a month and a half,” Salsbury said. “My doctor cleared me on Oct. 8, but I had to have 10 practices before I could play. All the practices I had gone to didn’t count because I did not have a physical. My first game felt normal. It was what I worked for since I was a freshman. I did everything I could to get back there. Hopefully I can get my setter position back.”

Salsbury’s position is currently being held by the talented Shae Robertson.