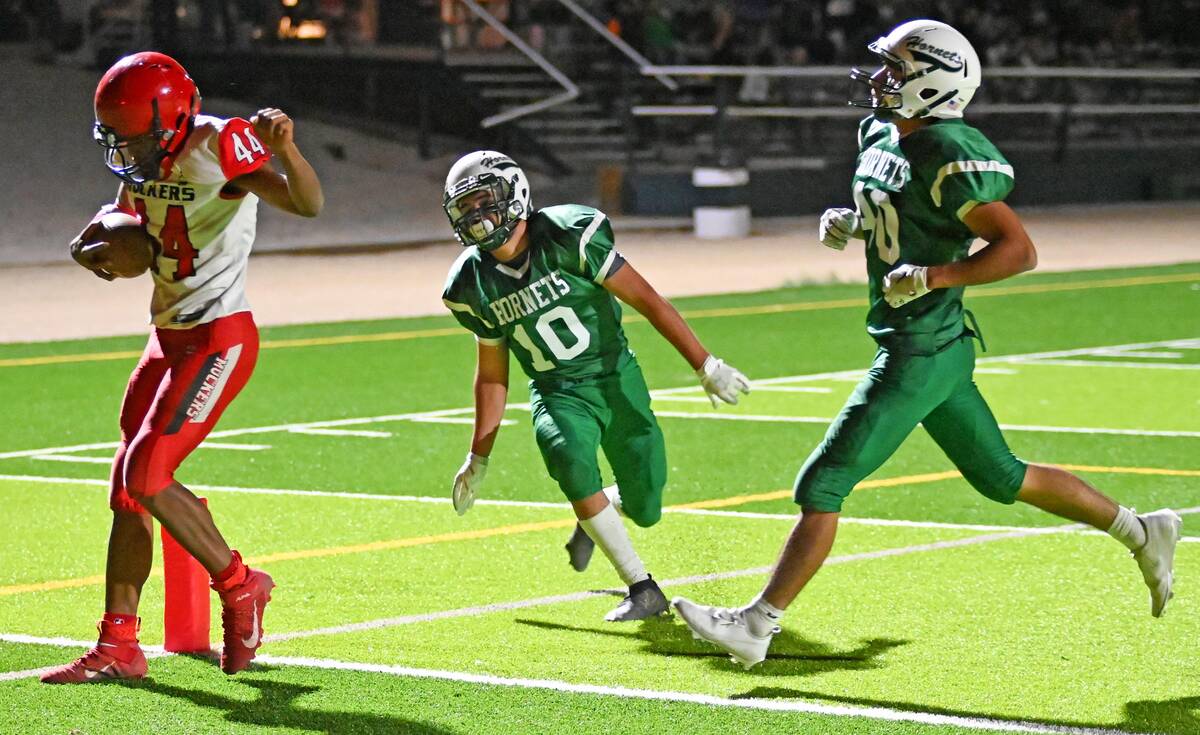 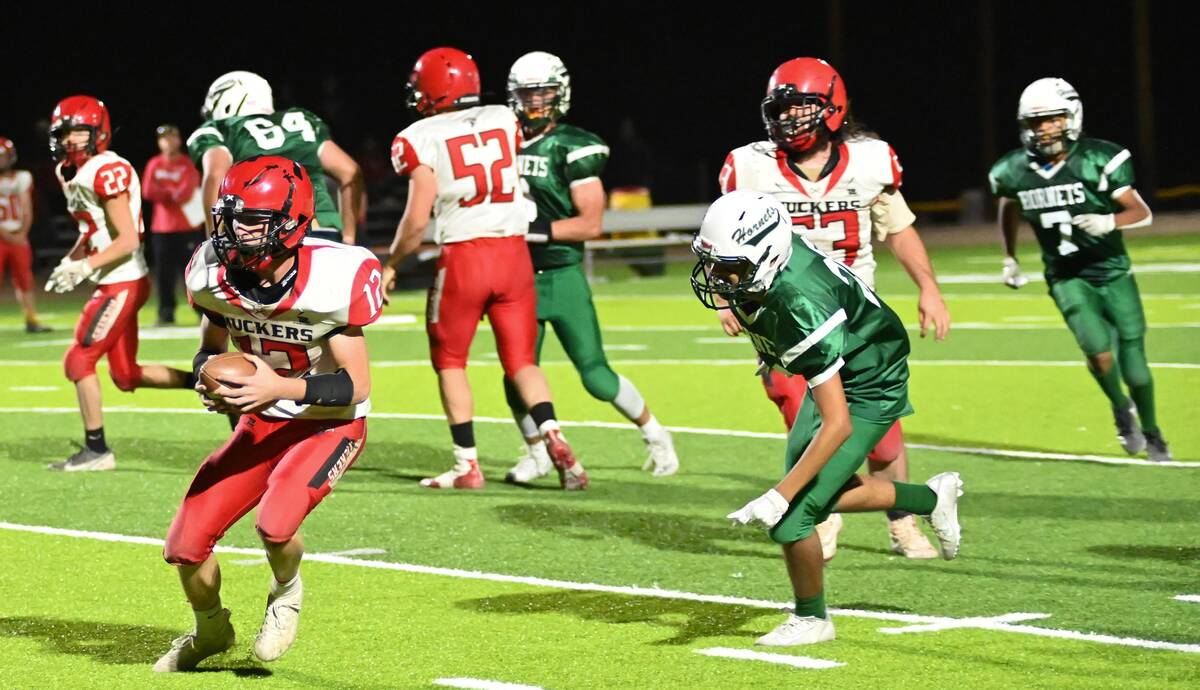 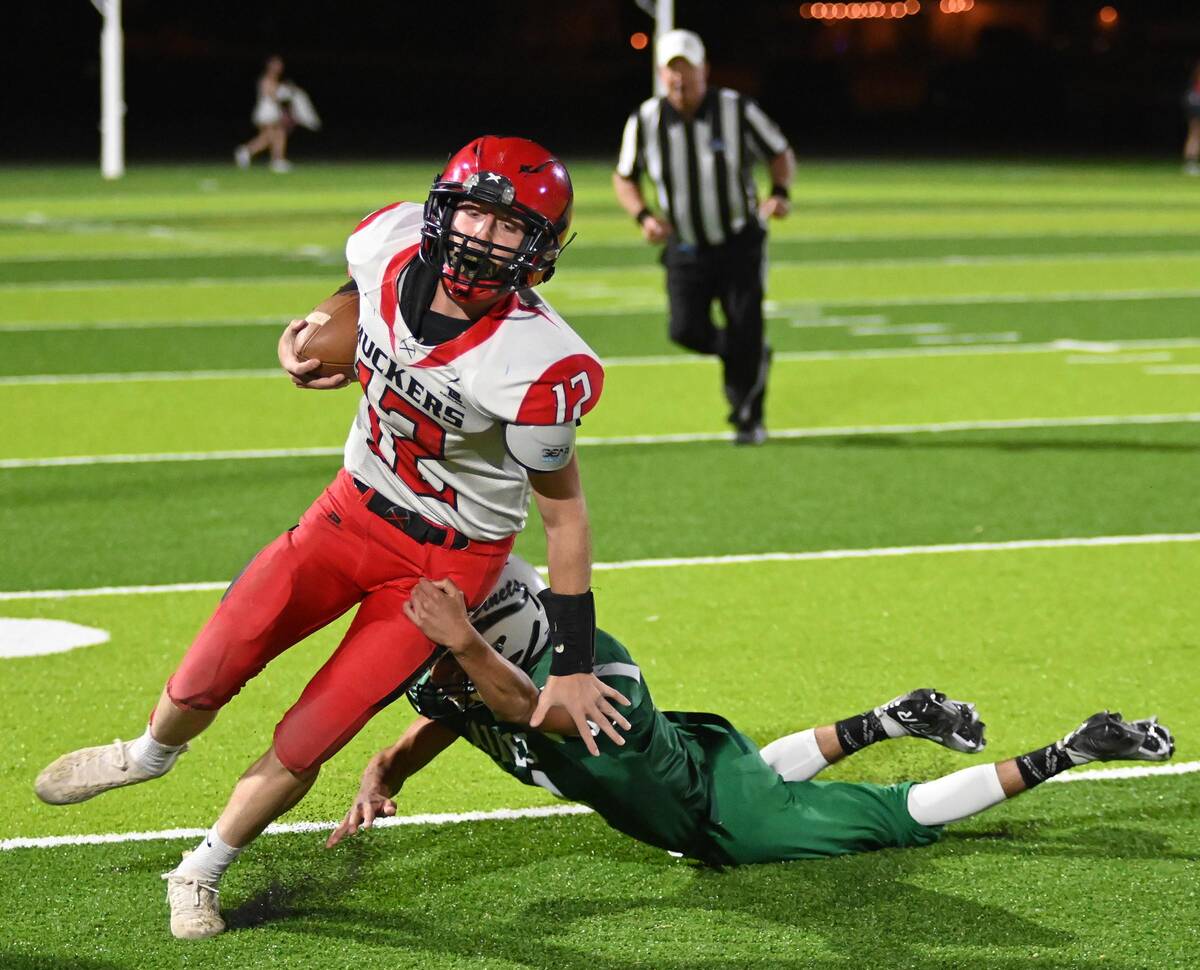 The Beatty Hornets fell to the visiting Muckers of Tonopah in their league opener on Friday, 54-22.

Beatty entered the contest with just twelve players on the team, compared to the 20 or so players for Tonopah, and lost one of their players midway through the fourth quarter due to an arm injury.

Tonopah got the scoring started early and often. After forcing a turnover on downs by the Beatty offense, Muckers starting running back, Tony Blesdal, took a handoff 54 yards for the first touchdown of the game. This would be one of his four total touchdowns in the game.

Following the opening touchdown drive, Tonopah attempted an unsuspecting onside kick and were able to recover the ball deep in Beatty territory. This recovery led to a 4-yard touchdown run by senior quarterback Anthony Gromis.

Blesdal, a junior for Tonopah, had a total of 233 yards and four touchdowns for the game. Three of his four were by way of receiving. He had 108 receiving yards to go along with those three touchdowns.

After Tonopah jumped out to a 20-0 lead, Beatty got on the scoreboard thanks to a huge touchdown run by junior quarterback Francisco Granados. Granados led the way for the Hornets. He had two rushing touchdowns and a passing touchdown for the game.

“I can’t say enough about those guys tonight,” Beatty head football coach Rusty Anderson said. “We come in with 11 guys. They played every single minute of the game. They dug down, they pushed hard. I told them ‘Don’t even worry about what’s on that board. Worry about what you did tonight.’ Everybody played their very best and they played their heart out.”

Senior wide receiver, Moises Gonzalez Burciaga, was the Hornets’ leading receiver. His biggest play of the game came in the fourth quarter. After just having a 30-yard pass knocked away from him, Burciaga was able to reel in a 60-yard pass from Granados on the very next play and take it in for a touchdown.

Tonopah’s game against Round Mountain is scheduled to kick off at 7 p.m.