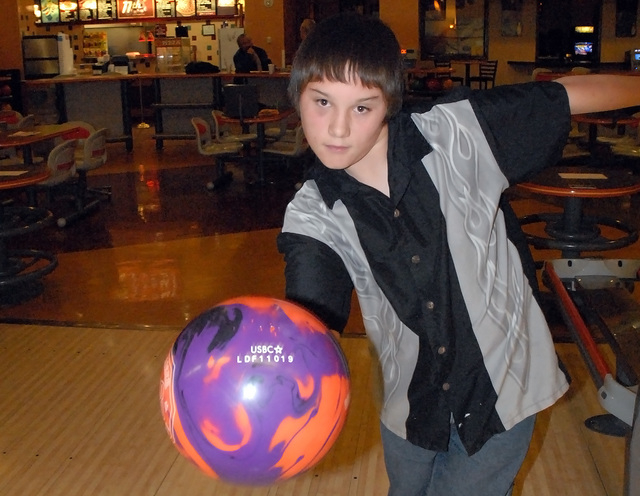 At one time in Pahrump, there were a group of youth bowlers in town that could have filled a varsity and junior varsity high school bowling team. In fact, about four to five years ago, it was close to becoming a sport at the high school.

Mike Hildebrand just graduated from Pahrump Valley High School and was part of that group. He has a bowling average of 229 now and when he was in the youth program it was about 160.

“There were about 20-25 of us,” Hildebrand said. “I started bowling with my father at the Nugget and then I joined all the youth bowlers there. Now I bowl with an adult league.”

The young group of bowlers met on Saturdays and were coached by some of the best bowlers the town had to offer. The Pahrump Nugget Bowling Center said the numbers in the Saturday teen bowlers have been dwindling for some time now and now the group is composed of youth from 7-18 instead of a separate teen group. According to the Nugget, it has a hard time competing with other sports programs in the town. The Nugget pointed out that there were less kids involved in sports and less activities for the kids to do in town and bowling filled the void and now that’s not the case.

Kevin Finkler, a student at the high school, said he has been bowling since he was eight years old.

Finkler said he took it seriously and made up to $1,500 in scholarships for college in Junior Bowling Tournaments.

“I don’t think the teens know you can make money for college in bowling,” he said. “There is big money involved in these junior bowling tournaments.”

Jim Hargraves, was a volunteer coach and a regular bowler at the alley in 2013 and he believed at the time Pahrump had some great youth bowlers.

“It takes practice but anybody can do it,” he said in 2013 to the PVT. “Anyone can get to a decent level but to be really good at it, it takes a lot of work. Any size person can bowl. We have juniors and teens that have shot 800 and 300. The kids that are bowling now are committed.”

The program is still hanging in there with a handful of bowlers and if you have a young bowler that wants to get coaching, call the Pahrump Nugget Bowling Center at 775-751-6500. The group meets on Saturdays at 9:15 a.m.