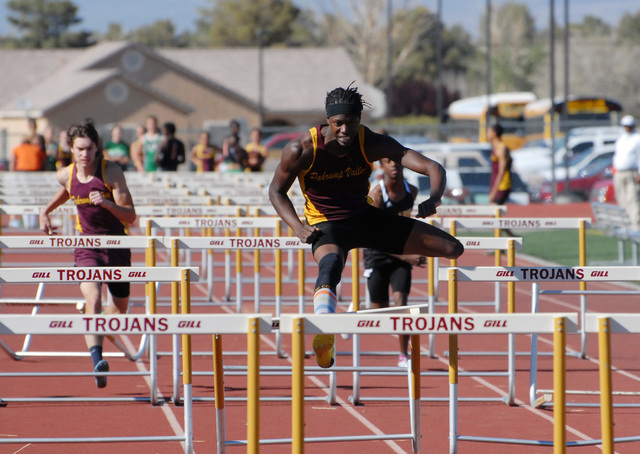 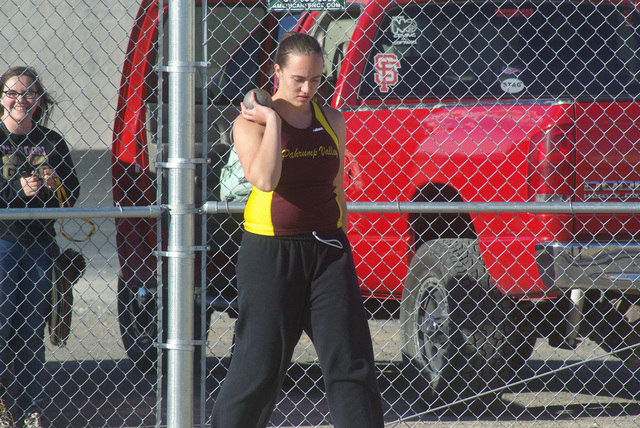 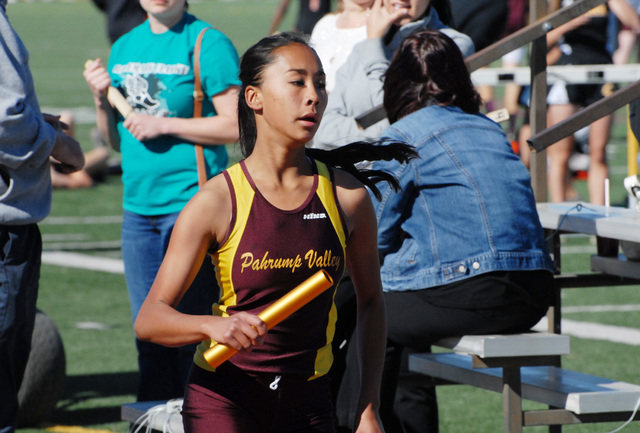 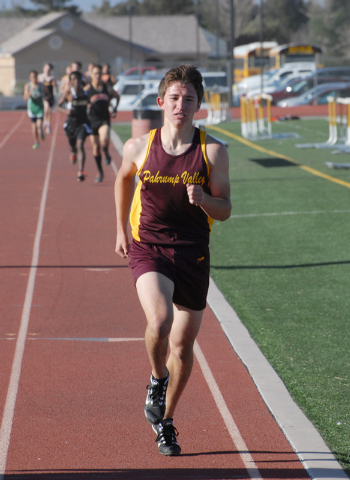 The Trojans went up against a new and improved Clark Chargers. Clark in the past has been known for its consistently good long distance runners, but in the long run the Chargers were beaten by the depth of the Pahrump Trojans on both sides of the house.

Clark Chargers Coach Matthew Marinucci says in another two years the Chargers will be a contender.

“We have a little more balance and we are a little bit deeper. Our distance kids are probably the strongest boys and girls and in depth as well. We feel we can be more competitive in our 4×400-meter relay and our 4×200-meter relay. Our depth has been helped by being at the I-A level. We are deep and we are still trying to build,” Marinucci said.

It was this depth on the women’s side that Trojans Coach Ed Kirkwood feared the most. He has been watching Clark go up against other schools and like most track coaches he sits down before each meet and runs through the numbers before the actual competition. He said on paper the Clark girls scared him prior to the meet.

“The girls are close,” he exclaimed midway through the meet.

Kirkwood was worried about the girls coming up short halfway through the meet. By the end of the meet at the 4×400-meter relay, Kirkwood had the scored the meet at 70-65 Trojans with the winner of that event winning the meet.

“I told the girls they had to win the 4×400 to take the meet. It came down to Sydney (Sladek). It was pretty even when she got the baton, but she rocketed past the Clark anchor, who just had a look of disbelief on her face as Syd beat her by 5 whole seconds,” Kirkwood said. “We eventually added in a pole vault score we didn’t know we had and beat Clark a bit more comfortably.”

When the dust had settled the Lady Trojans won 77-65.

The Trojans spread the wealth around and had support in the field events as well as on the track.

Cassie Clark gave the girls a good push by taking first place in the discus with a strong throw of 88-4 1/2 feet.

“My original personal best was 80 feet. I threw that last Tuesday and today I threw even better. I think it was the windy conditions today and more hips. I did think Shot was my best event, but now I am thinking discus because I was in the low 70s and now I am in the 80s and 90s in practice,” she said.

Trojans Coach Fred Schmidt was happy with his thrower’s progress.

Mikayla Davis, Trojans high jumper, is on a quest to beat 5-00 by the end of the season. This height eluded her all last year, but now she feels closer than ever before because she has extra coaching.

“I think my final year will be the year I break the five-foot level. Working with (Randall) Cunningham has given me more confidence. I have not done anything to my approach or my form. Hopefully on some weekends that I am free I will get together and practice my form with Cunningham,” Davis said. Against the Chargers Davis jumped 4-10.

Sophomore Andi Bishop, the pole vaulter, tied the pole vault record last year at 9 feet. This year the jumper wants to reach new heights and is on track to go higher this year.

“I pole vaulted with Kayla (Skilling) last year. I need to get to 9-6 to pass the school record. I have done 8-6 with no problem. When I stand on the track I try to clear my mind from everything. There is a lot more things to think about when jumping over the bar,” she said.

Kelbie Middleton and Stefanie Thelaner each won two events on the track.

The Trojans men’s team was never in any danger of losing, winning 96-50. Nick Nelson won two events as well as Isaac Davis and Devon Montgomery.

When asked midway through the meet on how his boys were doing, Kirkwood was all smiles and replied, “The boys are going exactly as I thought. Michael Carlson (8-6) put up a height on the pole vault. It must have been the first time he cleared a height. He had asked me to pole vault because he is interested in doing a multi-event in college next year,” he said.

Every team member on the men’s side put in 100-percent, according to the coach.

Devon Montgomery takes nothing for granted after winning the state championship in the 110-meter hurdles. He took the 110-meter hurdles with a 15.3 second burst of speed and the discus with a 113-3 1/2 throw. He is very focused at a meet and had this to say about what he worries about before each race.

“I am never worried about other runners’ game before the race. I think about how fast I have to go just to beat my own time,” he said.

Jacob Stearns jumped 11 feet last Tuesday and has not jumped any higher. Against the Chargers he jumped 10-6. Like Bishop he has a very set target for this year.

“I’m hoping to get at least 13 or 14 feet and that is what I need to walk on to this college in Washington. If I were to do it before the end of the year, I would have a good shot. Right now I am a little bit hurt,” he said.