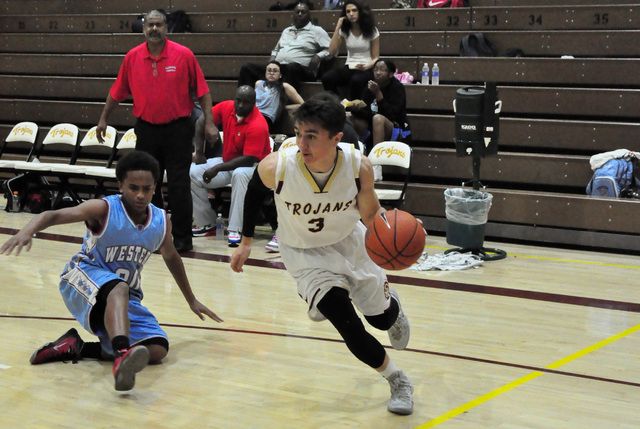 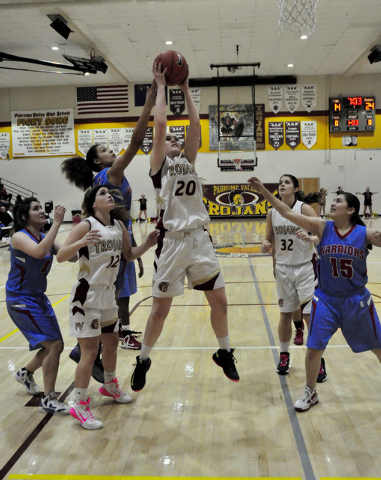 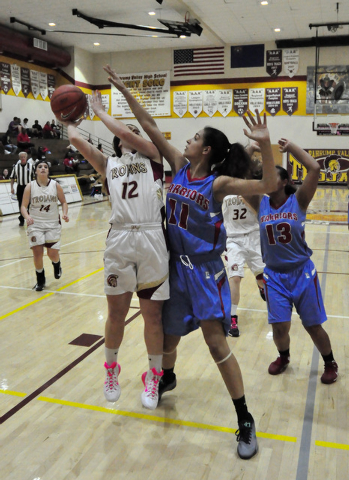 When teams get to a point that they can’t get any lower, oftentimes the fingers start to point. In professional and college ball the coaches are asked to leave and teams wipe the board clean and start all over. High school sports are different. Many times it’s not the coach’s fault. With high school sports, the community has to take some responsibility. Not all the blame is on the players and coaches. We look around Pahrump and what do we see? Basketball is not a priority.

I know for a fact once we make it a priority in this town things will change on the courts. I know because I saw what Joe Clayton did for football. With any sport you have to start young. Joe did this with Pop Warner. He brought that to our town. This elevated the sport at the high school level. The town now takes football seriously.

If we want to be good at any sport we need to be starting young. We need more than an elementary school league. We need clinics for coaches and for the kids. The kids have to be playing the sport like they do Little League and softball. Even those leagues play in the summer.

We need an AYSO type league for basketball if we wish for things to improve. Every year AYSO gets about 600 players and from that pool of kids our soccer teams at the high school level get to choose from. This is the reason why we took two state girls championships in 2011 and 2012.

The community must support the team. Kids who have the talent must come out for the support regardless if they know they are going to lose and they need to forget about losing and just play for community pride. That didn’t happen this year. There were kids sitting on the sideline that didn’t come out for whatever reason.

The community must back our athletes. Look at Pahranagat Valley. A small town much like we are. They have about 120 kids at the high school, but they come out and play and year after year and churn out state championships in every sport they play. They came together as a community and set up a youth sport for every sport they participated in at high school because they wanted to win as a community.

So going back to our kids losing to Western, I don’t think of those kids as losers, rather they are pioneers. They are heroes because they come out in a sport and showed all the other kids who didn’t come out that they had guts, school spirit, and community pride to play regardless. These kids deserve our support.

We can sit here and complain that Western, a school who has no regard for their sports programs, beat us or we can stop crying about it and do something about it.

In the girls game, the girls truly showed their desire to win. The team was down by 10 points at the half, 24-14. Jill Smith brought them back with her 14 rebounds. In the third quarter the Lady Trojans out-rebounded the Warriors 9-1 and came within four points, 28-24. In the fourth quarter, Pahrump outscored Western four baskets to two, but could not close the gap in the waning moments of the game. Smith had a double-double with 14 rebounds and 11 points. She was helped by Lauren Ashford who had 9 points. That was a thriller of a game.

For the Pahrump boys, they had the game tied at the half 22-22, but for some reason came out flat in the second half. Their passing was off and just kept on turning the ball over.

Unofficially the Trojans didn’t make a basket in the third quarter and the Warriors capitalized on the turnovers and scored 20 points to the Trojans’ two points, which were from free throws. At the end of the third it was 42-24 Warriors.

The turnovers cost them the game. The Trojans did more of the same in the fourth quarter.

Both teams face Bonanza on Friday, a non-league game. Action starts at 5 p.m. for the girls and 6:30 p.m. for the boys.