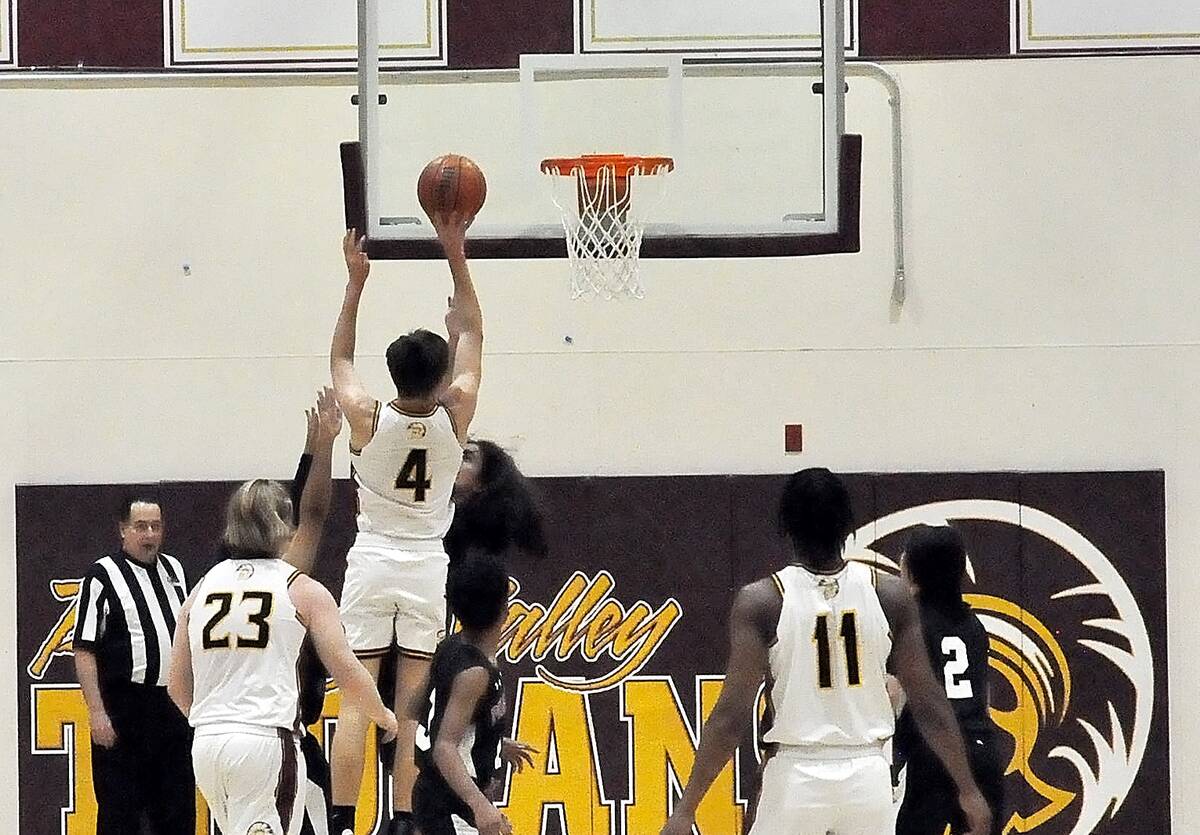 The Pahrump Valley boys basketball team has ended their playoff drought and will be heading to the regional playoffs for the first time since the 2007-08 season.

The Trojans clinched their playoff spot with a 41-38 win against SECTA on Tuesday night. With this win, Pahrump Valley is now 2-0 against the Roadrunners this season and the Trojans have won three of their last four games against SECTA dating back to the 2017-18 season.

“It’s a great achievement for this group to find themselves in the playoffs again,” first year head coach David Wilson said. “We have a lot of good players who worked hard all year long. Really proud of this group.”

This matchup between the two schools was a lot closer than their first matchup this season that took place in Pahrump. The Trojans won that first game handily by a score of 76-46.

This time out on the court, Pahrump was led against the Roadrunners by their junior guard, Aiden McClard. McClard finished with 14 points for the Trojans offense.

The game was back and forth the whole way, but the Trojans would prevail and get the win.

Wilson has led the Trojans to a 12-10 overall record, with a 7-4 record in league play.

This is the first time since the same 2007-08 season that the Trojans have won double-digit games. That year, Pahrump Valley won a total of 16 games, but finished with just four league wins. Unfortunately, they were eliminated in the first round of the playoffs – something they’re looking to improve on this season.

“We hope to make some noise in the playoffs and see if we can go on a run,” Wilson said.

The Trojans’ final game of the regular season is set for this Friday, Feb. 11, when they host the Boulder City Eagles. The Eagles took the first matchup earlier this season after Pahrump suffered two injuries that changed the course of the game.

The Trojans kept it close, trailing by just two points going into the fourth quarter. The Eagles outscored Pahrump Valley 14-2 in the final quarter.

If the Trojans are able to get the win against the Eagles, they can head into the regional playoffs as the fifth seed, setting up a matchup with Virgin Valley.

If the Trojans aren’t victorious on Friday, they could fall as low as the seventh seed, depending on the outcome of Moapa and Somerset Sky Pointe’s final games this week.

Nonetheless, there’s reason to celebrate for the Trojans, but they know that the work is far from being over.