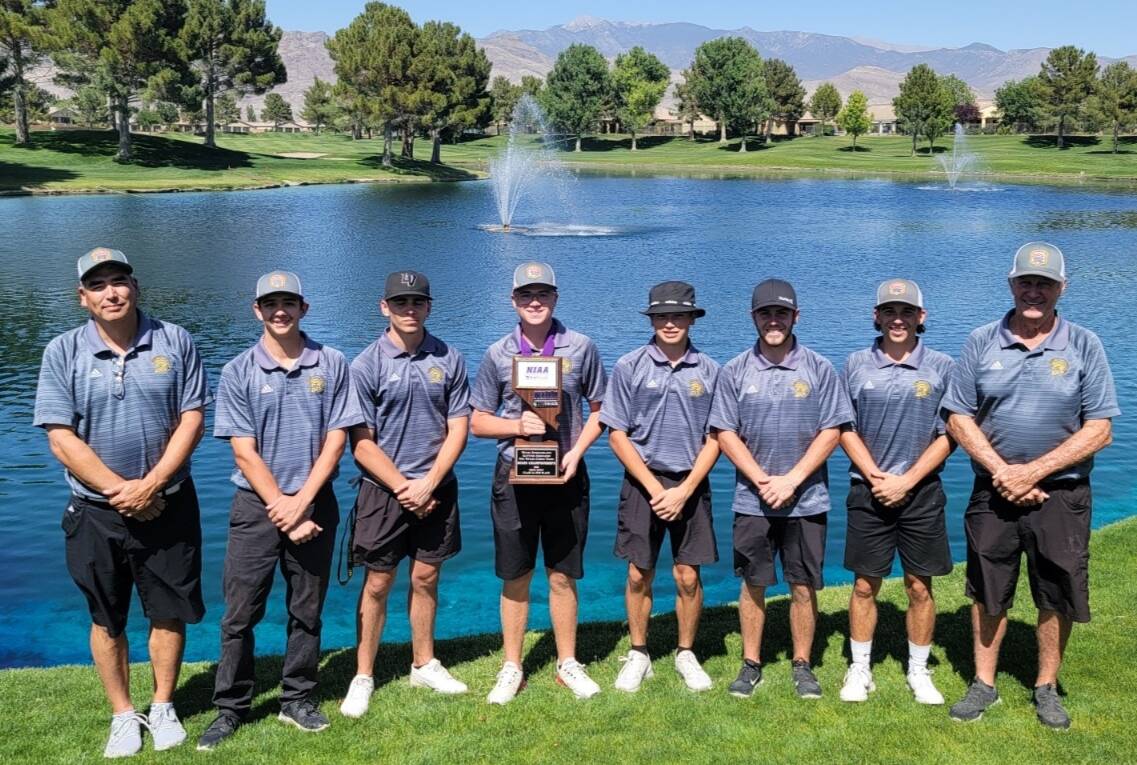 The Trojans, who qualified as a team and had all six players participate in the tournament, competed against 36 other golfers who represented 12 schools from across the state.

Truckee High School took first place in both the team and individual portion of the tournament. The team finished with a total 2-round score of 674,

In the individual aspect, Gabe Smith finished in first place with a 2-round score of 144. He was the only golfer in the tournament to have a round under par. Smith shot a -4 68 in his second round.

For the Trojans, they finished the tournament with a team score of 700.

Kasen Moore had the lowest individual score of Pahrump with a 2-round score of 167, good for a fifth-place finish. He improved on his 2-round regional score in Mesquite last week where he shot 180 for the tournament.

Carter Nygaard and Christian Mott were the only other Trojans who finished the tournament in the top 20.

Nygaard shot a total score of 176 and ended the tournament tied for 13th place with Scott Hutnyak from Elko High School.

Mott finished the tournament tied with Bradley Lawson for 16th place. They shot 178 over the two days on the course.

Sam Machovsky, Joe Mule and Ryan Geoffrey were the remaining golfers for the Trojans and they all finished in the top 30 positions.