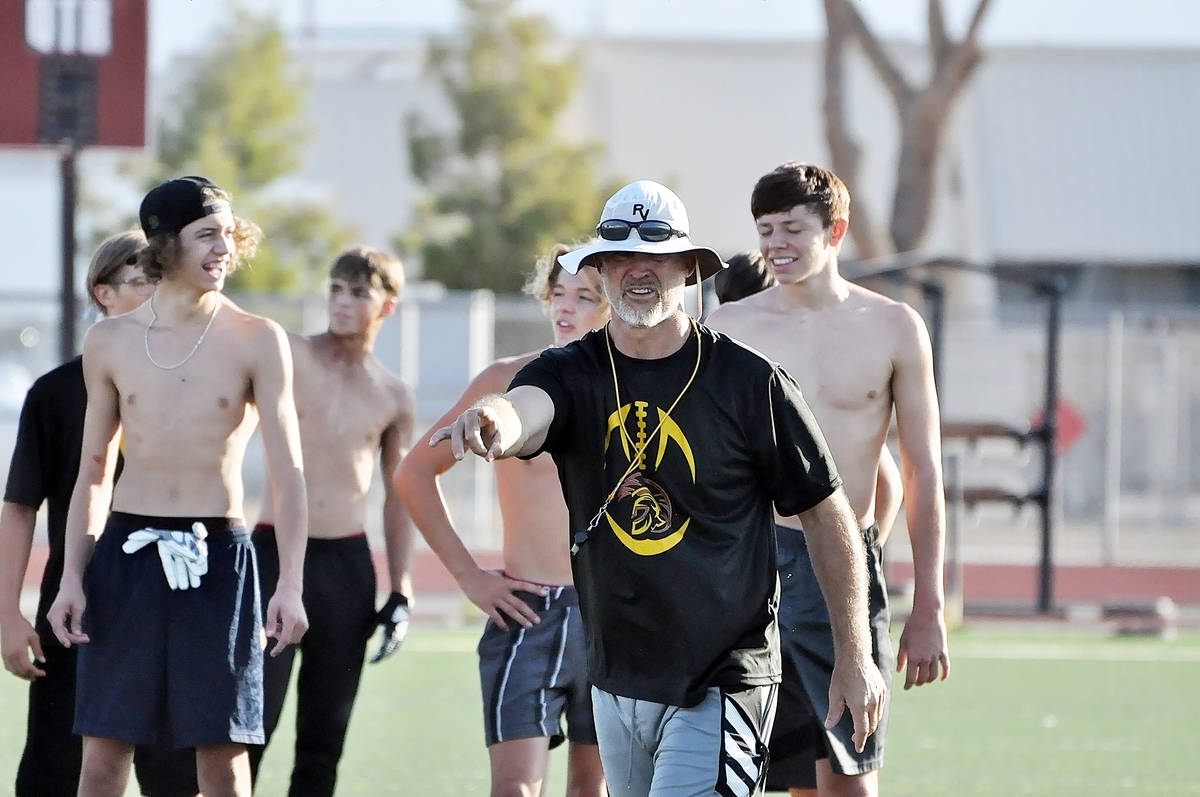 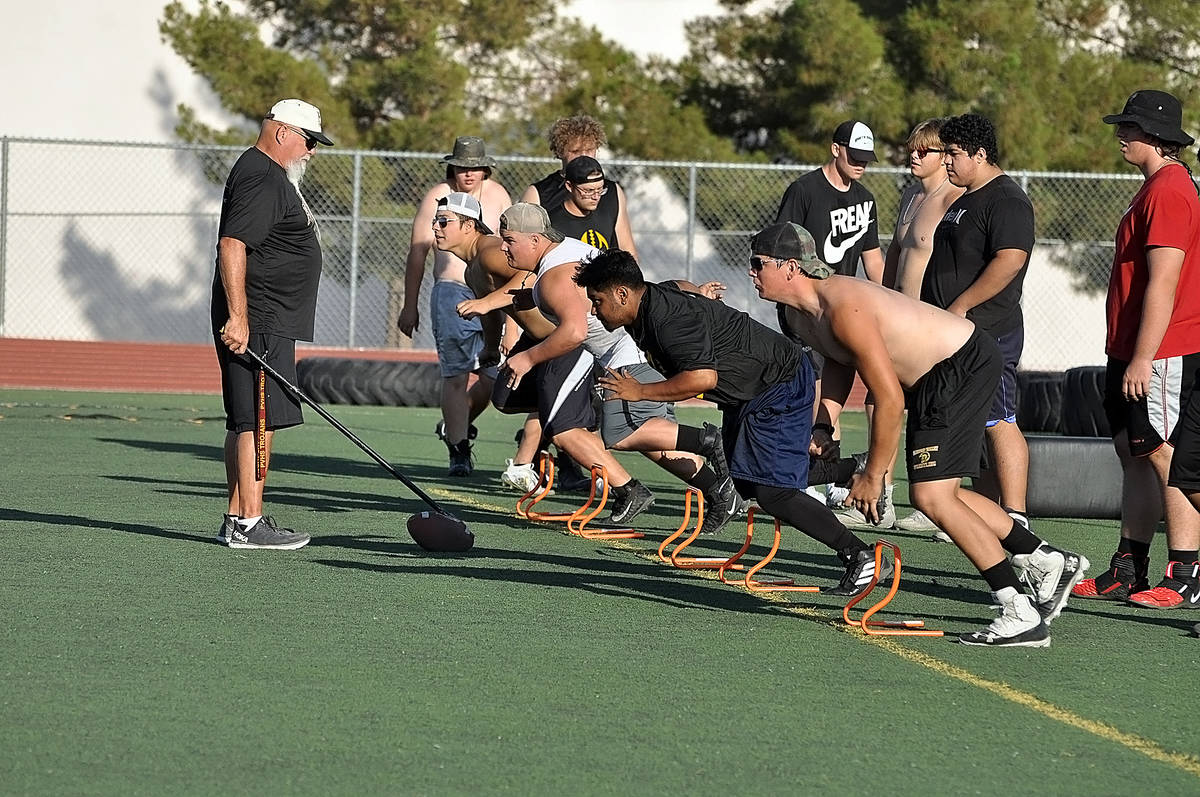 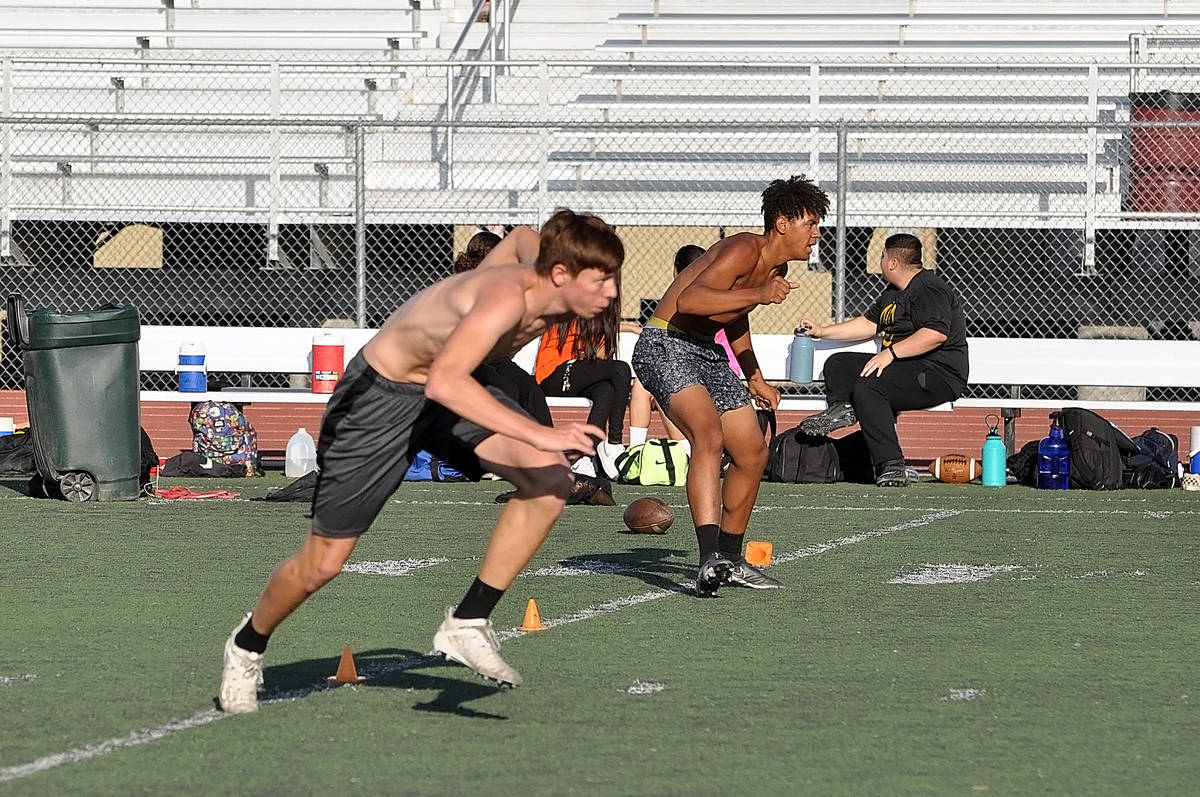 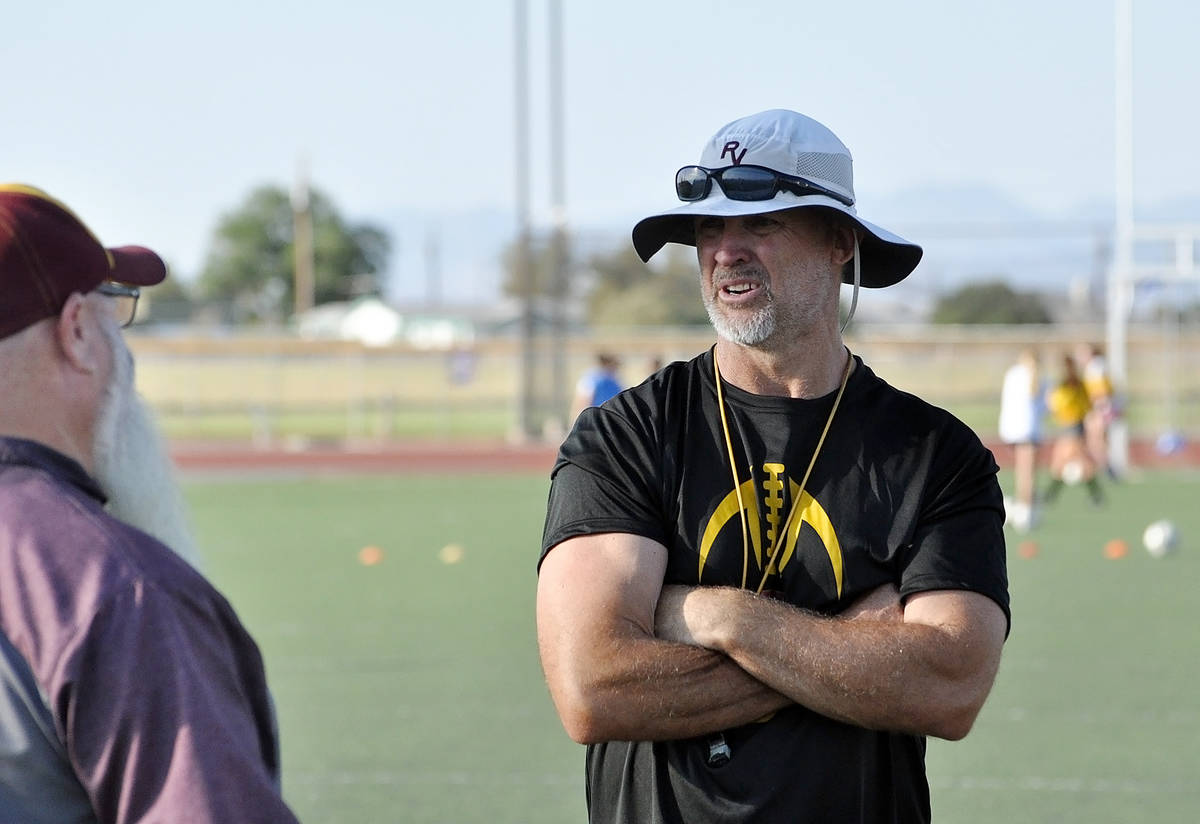 Keep in mind that this schedule is not official, nor is it complete. Pinecrest Academy Cadence was scheduled to play in the Desert League after playing an independent schedule last year, but the Cougars are not on this schedule. And with only seven games listed, another nonleague foe is likely to be added.

Virgin Valley has dominated this series, but the gap has narrowed significantly during Joe Clayton’s tenure as football coach. The Bulldogs spent much of the past few decades thrashing the Trojans; from 2000 to 2012, Virgin Valley ran up a 15-0 record against Pahrump Valley, scoring 612 points and allowing 145, an average score of 41-10, including five shutouts.

That’s pretty ugly. But after four seasons without facing each other, the Bulldogs and Trojans have played very competitive contests. There was a 43-34 Virgin Valley win in the 2017 playoffs, followed by 26-24, 20-0, 14-6 and 6-0 in overtime in some of the most physical games Pahrump Valley has played during those seasons.

There’s no getting around this: Rancho is not a good program. The Rams have gone winless during five of the past eight seasons, and dropping to Class 3A before the 2018 season didn’t help much; Rancho went 1-9 both seasons, with no wins in league play.

In fact, Rancho has not won a league game since 2011, when the Rams went 3-4 in the 4A Northeast League. Three winless seasons followed, then came two years playing an independent schedule (going 3-15), two years back in 4A and then two years in 3A. Success has been elusive at every level.

The one meeting between the schools happened Sept. 8, 2017 in Las Vegas. DeAngelo Brown rushed for 77 yards and a touchdown, while Dylan Coffman added 53 yards and two scores. The Trojans managed just 164 total yards, but they held the Rams to 30, including 8 yards rushing on 19 carries.

If you thought the Virgin Valley series was rough, this one is hide-the-women-and-children time. The Pirates have abused the Trojans over the years, scoring more than 40 points 18 times in those 46 games and topping 50 five times. And unlike the series with the Bulldogs, this one has not grown tighter in recent seasons; the past five games between the two show Moapa Valley winning 65-0, 41-0, 40-14, 35-0 and 36-0.

Listening to people talk about Moapa Valley, the area around the school, the demographics, it sounds a lot like a larger version of Pahranagat Valley, and anyone involved in small-school sports knows what that means: disciplined players whose fathers and grandfathers likely played for the Pirates in a community that is something of a throwback.

Then there’s this: Nine times in the past 12 seasons Moapa Valley did not lose a league game, the Pirates have won their league title 14 times since 2000, and they have played for the Class 3A state championship 12 times during that period.

If you liked Rancho, you’ll love Eldorado, another product of the NIAA’s move to realigning sport by sport. What that means is that a big school that is awful in a particular sport can play down while the rest of the school’s teams stay up where enrollment dictates. So if you see a big school playing in Class 3A, you can make a couple of assumptions.

Here’s one: The Sundevils are bad. Not quite Rancho bad, but pretty bad. Eldorado has won one or two games seven times in the past eight years, going winless in league games five times. Nobody on the roster was alive the last time Eldorado won a league title. To top it all off, the Sundevils gave up 50 or more points five times during 2019, their last full season.

Anyone who reads this space regularly knows what a colossal joke of a program Western football is. And it’s not just the record; the players don’t seem to have any respect for opponents, themselves or the game. And don’t say it’s just the way Western kids are. The wrestling team is extremely disciplined, and you won’t find many harder-working teams than Western’s girls soccer varsity.

Yes, Boulder City has dominated the series over the years, but this is not like the other two “rivals” which have pounded the Trojans routinely forever. The Trojans have caught up to the Eagles, and this has become the great rivalry it is supposed to be.

Boulder City won the first 10 games against Pahrump Valley, then took a 15-1 lead in the series. A 9 of 10 stretch that ended in 2014 pushed the lead to 24-4, but the Trojans have won three of the past five meetings, including a memorable 2018 playoff game in which the Trojans avenged a very frustrating regular season loss with a 32-20 win.

Throw in the fact that Pahrump Valley in general hates Boulder City, and this game, especially when the Trojans are home, becomes an event. Ask a player in almost any sport who he or she most wants to beat, and more often than not Boulder City is the response. With two cupcakes leading into this game, there should be no excuse for the Trojans to be ready for the Eagles.

For a series that is all of two games, this has been a good one. The 2018 game saw the Vikings take a two-score lead only to watch the Trojans go 67 yards on 10 plays, capped by Nico Velazquez, who ended a 140-yard, 4-touchdown night with a 4-yard score with 36 seconds left. That clinched an undefeated Sunset League campaign for the Trojans and knocked the Vikings out of the playoffs.

A year later, both teams needed a win to reach the playoffs, and Valley quarterback Jarrett Zibert was a handful, throwing for 189 yards and rushing for 120. But he often was running for his life, while the Trojans put on their finest offensive show of the season, racking up 441 yards in a victory that clinched a home playoff game.

Yet, the Vikings have not had any winning seasons in the past 12 years, with consecutive 4-6 records since moving into Class 3A.