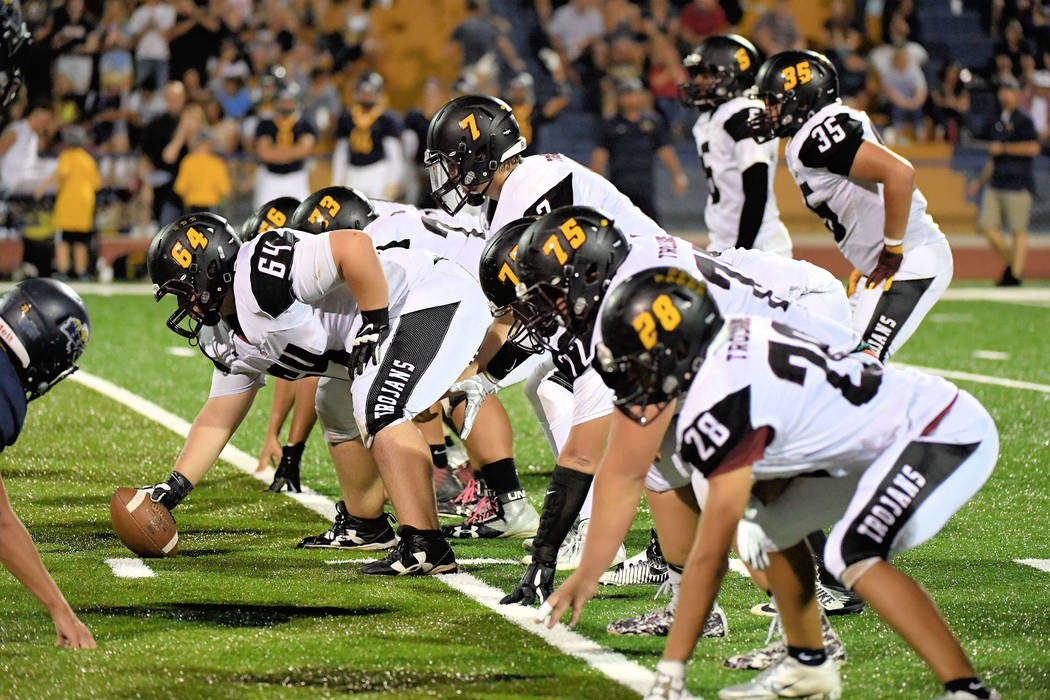 About the Eagles: Boulder City has won three straight games since a 30-7 loss to Moapa Valley that decided the Sunrise League championship. The first time the Eagles and Trojans met was perhaps the most frustrating game of the season for Pahrump Valley. The Eagles scored two fourth-quarter touchdowns to hand the Trojans their third loss in four games. In several ways, the game was an anomaly for the Trojans, who normally excel after halftime and rarely get outgained in rushing yards. But, led by Thorsten Balmer’s 211 yards, the Eagles outrushed the Trojans 231-161 and had a full yard per carry edge over the visitors. Balmer has carried 220 times for 1,521 yards this season with 23 touchdowns. At quarterback, Parker Reynolds has 1,125 passing yards with 10 TDs to three interceptions. The Eagles average 31.5 points per game while allowing 18.6. The teams have six common opponents, and each has gone 5-1 against Cheyenne, Democracy Prep, Western, Virgin Valley, Sunrise Mountain and Del Sol.

Did you know?: Despite their long rivalry, this will be the first time the Trojans and Eagles are meeting in the playoffs. Overall, they have played 30 times, with Boulder City holding a 23-7 edge in the series.

Three of the four writers who predict games on NevadaPreps.com picked Boulder City to win, but the one who picked Pahrump Valley, Ben Gotz, has the best record of the four at 43-12.

Coach Clayton says: “Stop Balmer,” is the plan. “Our boys are really confident. They have been practicing really hard and are ready to go.”