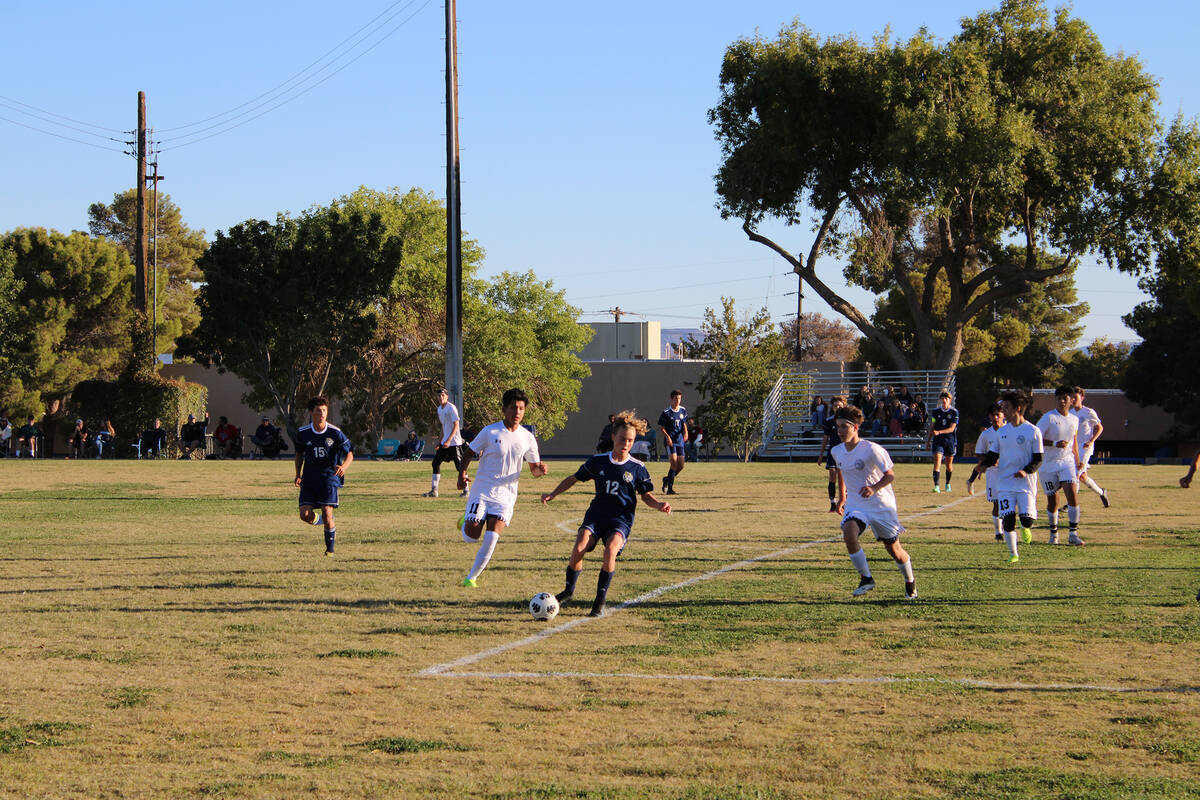 Danny Smyth/Pahrump Valley Times The next game for the Trojans boys soccer will be against Equipo Academy. Kickoff is planned for 5 p.m. on Friday.

The match was physical from the first whistle. Both teams, and their coaches, could be seen getting frustrated due to the lack of fouls being called by both refs. At multiple points in the games, the coaches could be seen jumping up and down in frustration because of fouls not being called.

Boulder City got the scoring started early. Freshman midfielder Robert Crowl, received a pass in the fifth minute at the top of the penalty box and was able to squeak a perfectly placed shot into the lower corner of the goal.

The Trojans would respond quickly. Just six minutes later, in the 11th minute, junior midfielder Jose Mendoza-Lara was on the other end of a corner kick by senior Angel Hurtado. Mendoza-Lara was able to put a header just out of reach of the diving goal for the Eagles to tie the game at 1.

After a back and forth for the next twenty minutes, the Eagles were able to break the tie score just before halftime with a goal in the 33rd minute from their sophomore midfielder, Roman Rose. Rose got into a battle with a Trojans defender and was able to get a deflected shot past the Pahrump goaltender, Favian Romero.

While the second half didn’t see any goals, it wasn’t for the lack of attempts. The Trojans had multiple chances near the end of the game but weren’t able to get any shots to go into the net.

This loss is the fourth in a row for Pahrump Valley and it drops their record to 4-5 on the season and 2-4 in league play.

The Trojans’ next game is on Friday, Oct. 15, against Equipo Academy. Kickoff is scheduled for 5 p.m.