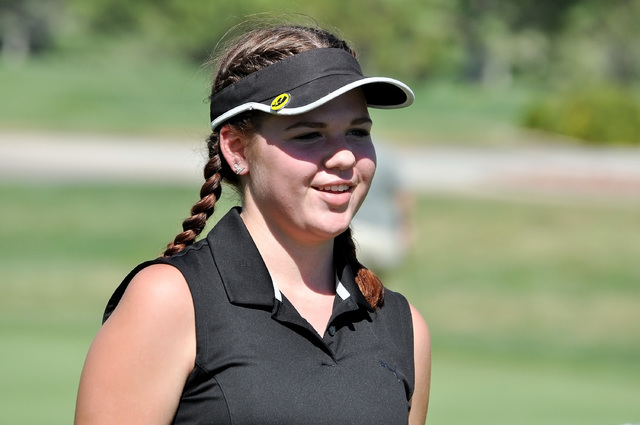 Horace Langford Jr. / Pahrump Valley Times Above, Makalea Petrie shot a 212 at state in the two-day event and opens to return again this year. Her coach believes she has a lot of potential. 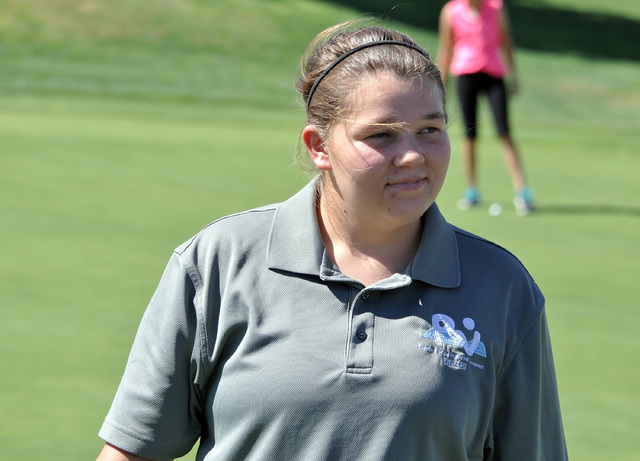 Horace Langford Jr. / Pahrump Valley Times Above, Krista Toomer has the most experience on the team and as a senior will be one of the leaders on the team. 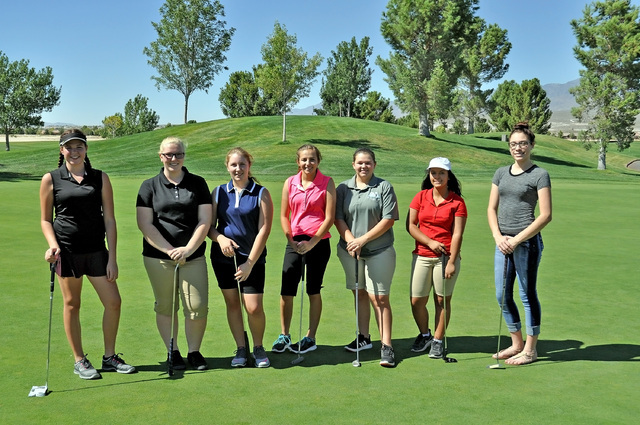 The Trojans girls golf team is hoping to be above par this year as they start the season.

The team had its first week of practice and is starting the year with seven players.

According to Trojans coach Bob Hopkins, the team is young this year.

“We are a lot younger this year because we graduated about four seniors,” Hopkins said. “This year we have two sophomores, two seniors, two juniors and one freshman.

This means the girls will take six to a competition and count four scores.

Seven golfers leaves the team thin, but competitive. The golf team has to compete for athletes with soccer and volleyball.

In the past, after winning the state title in 2005 to 2007, the team had no problem with personnel.

“During those years we attracted as many as 20 girls,” the coach said.

During the summer, there was a league change that took four teams out of the Sunset league.

“The league change has hurt us a bit because there are now less teams in our league that play golf,” he said. “Last year there were at least four teams with teams other than us.”

The new league means that the team should make state.

“I will be disappointed if we don’t qualify for state,” he said. “I am not sure, but us and Western might be the only ones that have a team (in his league).”

The Trojans will have 14 practices to prepare for their league opening tournament at Virgin Valley on Sept. 7.

According to the coach, the girls will be led by two golfers this year, sophomore Makalea Petrie, who went to state and senior Krista Toomer. Toomer had a good year last year but was kept from state due to an illness.

Petrie said she worked hard to improve over the summer, working on her short game.

“I worked out in Iowa this summer where my mom is from,” she said. “I want to go back to state this year so this last couple of weeks I came out three or four times a week to work on distance and my short game. I just came out here a lot more.”

Toomer, a softball player too, split the summer between softball and golf.

“I tried to play golf at least once a week during the summer,” Toomer said. “I played some in Las Vegas and then I also played with Junior Golf.”

Toomer said her main goal this year was to make it to state.

“I want to drop my score,” she said. “I have to work on the short game to do that. Chipping and stuff like that. I am looking to shave at least 10 to 15 strokes a round. I think I can do that.”