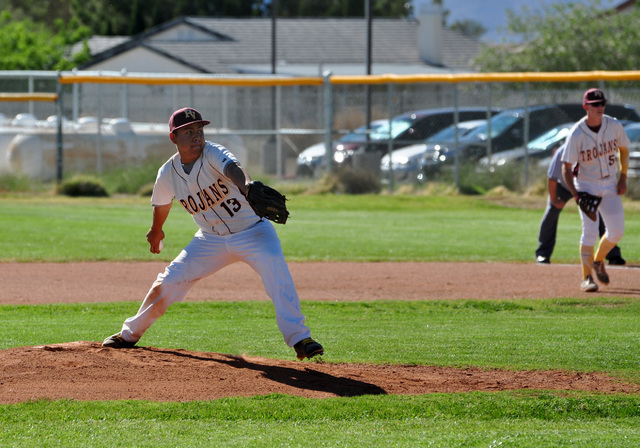 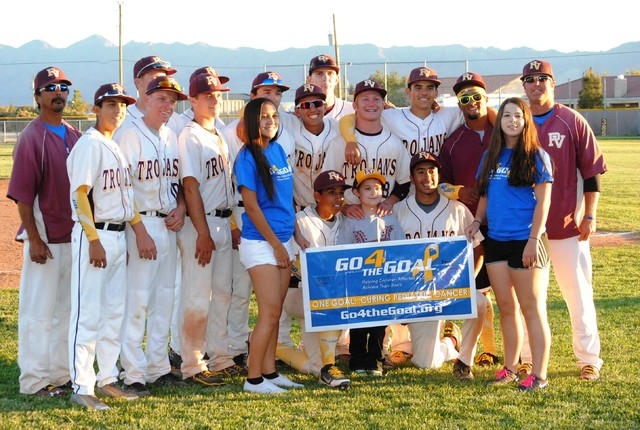 Things didn’t go well for the Trojans baseball team as they played their last home game of the season against Mojave and lost 10-7.

The Trojans (21-10 overall, 8-5 Sunset League) got off to a slow start and only were able to get one run through four innings. Mojave (13-6, 5-8) jumped on the Trojans pitching and quickly scored 6 runs in the second inning.

In the fifth the boys finally exploded with five runs and then waited to the last minute in the bottom of the seventh to tie the game, 7-7.

The game went into extra innings and even had a little controversy when in the bottom of the eighth Josh Mortensen was called out at third on a tag that according to Charlotte Uyeno, a fan, the field umpire didn’t see. She said the umpire was seen pointing at the home plate for help and the home plate umpire pointed back to him and that’s when the field umpire called Mortensen out.

Trojans skipper Brian Hayes was livid. He ran out on to the field and was heard saying he wouldn’t leave until the field umpire said he asked for help. Hayes was ejected for arguing with the umpire. Mortensen’s out was the second of the inning and it killed a rally.

After the game Hayes said this about the situation, “No coach ever wants to get thrown out of the game, but it is what it is,” he said. “The main reason I got tossed was because the umpire refused to ask for help. I simply told him I wasn’t going anywhere until he asked for help. Simple as that.”

As for the game, he said his team had many opportunities to win the game.

“We did not lose the game on account of the umpires,” Hayes said adamantly. “We had a runner on second base with only one out in both the fifth, sixth and seventh inning, and did not get a timely hit.”

As for the playoffs, Hayes said he believes how the team plays against Faith Lutheran (22-6, 12-1) on Thursday will dictate how his team does in the playoffs.

“In order to win in the playoffs we must take that step from competing with a good team, to actually beating them,” he said. “We could take that step against Faith tomorrow and it could change our playoff outlook tremendously.”

If the Trojans lose (the game was past deadline), it is not enough to throw them out of the playoffs. They will be the fourth place seed and play Boulder City on Tuesday.

Dylan Ault continued to hit well and drove in two runs. The team needs their bats to get hot during the playoffs.