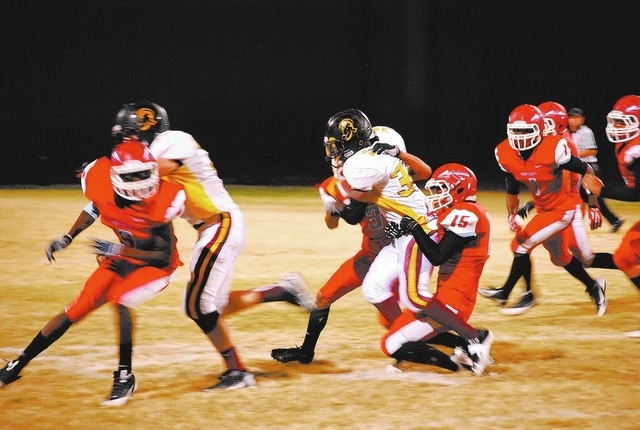 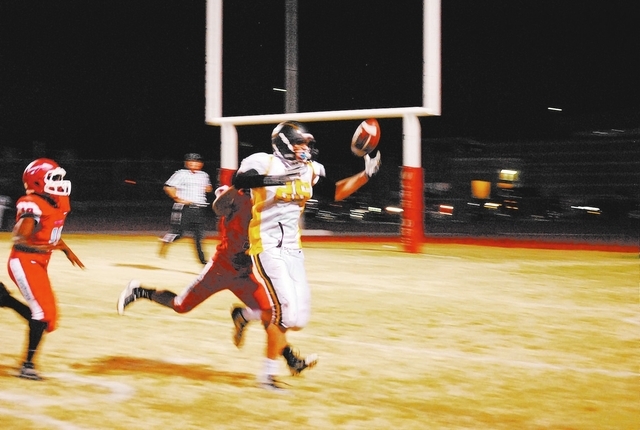 Trojans dominated and destroyed the Western Warriors 60-0 last Friday to improve to 2-2 in league play and 3-5 overall. Both Cheyenne and Pahrump have a 2-2 record going into this week’s game, and the Trojans could take possession of third if Cheyenne loses to Clark and the Trojans beat Mohave this Thursday at 7 p.m.

In last Friday’s away game, Pahrump scored eight TDs on the ground and Scott Maughan had nine carries for 114-yards rushing. He scored two of the Trojans TDs and now has 11 TDs on the year. Keenan Harris also had a great rushing day against Western with six carries for 86 yards and two TDs. This game was his best game of the season.

Pahrump scored 38 points in the second quarter, 14 in the third and eight in the fourth quarter against the Warriors. It was the highest amount of points scored against an opponent for the year.

The Trojans had 3 completions for 81-yards passing and 39 carries for 404-yards rushing.

They averaged 10.36 yards per carry. The total rushing yards for the year is 1,542 yards, which is slowly creeping closer to the rushing yards single-season record of 1,903 yards held by Coach Hug’s 2006 team.

The Trojans play a good rushing team this Thursday in the Mojave Rattlers who average 284.3-yards rushing per game and 93.4 yards in the air.

The team is very similar to the Trojans. They have two good rushers in Zack Arave who has 85 carries for 657-yards rushing as the quarterback.

The main rusher for Mojave is junior Ty Flanagan who has 823-yards rushing on 75 carries.

The Trojans have stopped similar rushing games like Boulder City and Chaparral.

The Clark Chargers were able to hold Mojave to just 19 points and the Trojans beat Clark.

A win against Mojave will ensure a playoff berth for the second year in a row. The Trojans need to finish in fourth place.

A tie for fourth with the Chargers should have Trojans going to the playoffs.