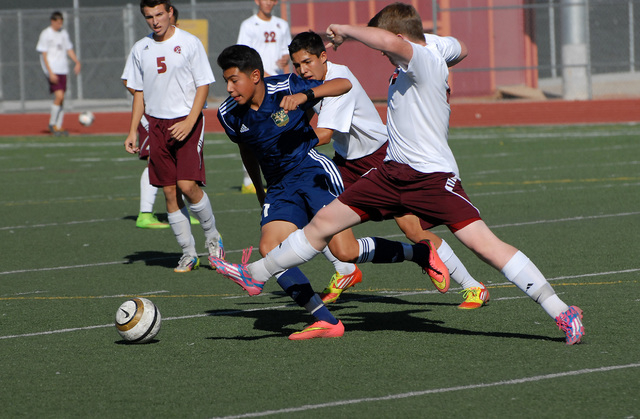 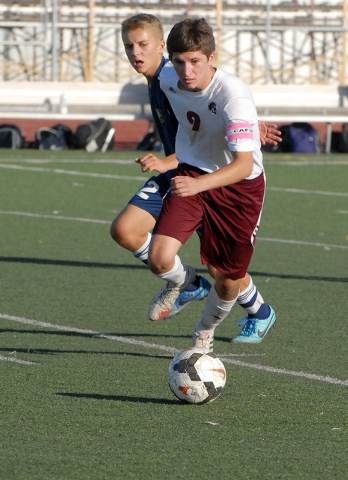 The Trojans boys soccer team hosted Spring Valley on Wednesday. Pahrump (5-12-2 overall, 2-10-1 Sunset League) held the Grizzlies (10-5, 10-4) scoreless in the second half but could not keep them out of the goal in the second half and lost 3-0.

The Trojans defense was solid in the first half and kept the ball mostly on the Grizzlies’ side. When the Grizzlies were down on the Trojans side Pahrump always had two defenders to their one.

The offense was given numerous opportunities to score but just couldn’t put it in the net. It was either too high, too wide or not strong enough.

In the second half, the Trojans were a totally different team. It was like somebody flipped a switch. Spring Valley came out strong and the fans could tell that they were going to score. Pahrump no longer had a two-to-one advantage on their side.

Trojans Coach Don Boulden had this to say, “One was totally credited to their ability to pass the ball through the defense. When you have an offense creating mobility and separates the defense, they did what they were supposed to do. Normally I would never blame the game on a referee because we had our opportunities and should have won that game. But there was no doubt that one of those goals was a setup of a poor call.”

Boulden said his team had possession of the ball but the Grizzlies got away with throwing the ball in and they scored because the referee didn’t say anything. The last goal Boulden felt his goalkeeper came way too far out.

Adrian Maldonado was upset after the game. He felt his team should have won and they lost because the team made some changes in his opinion that lost them the game. “We switched our sweeper to the front and that hurt our defense. We didn’t have anyone in the back that could match their speed,” he said.