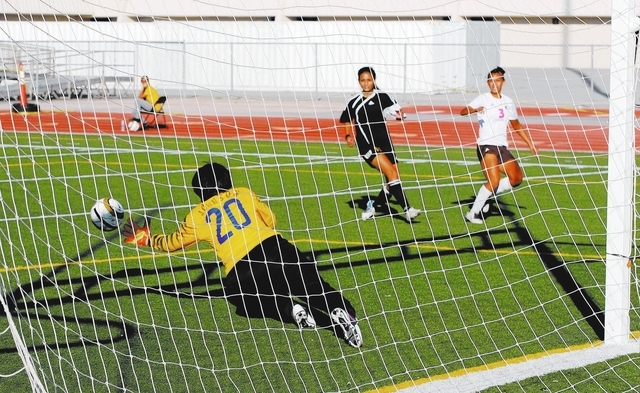 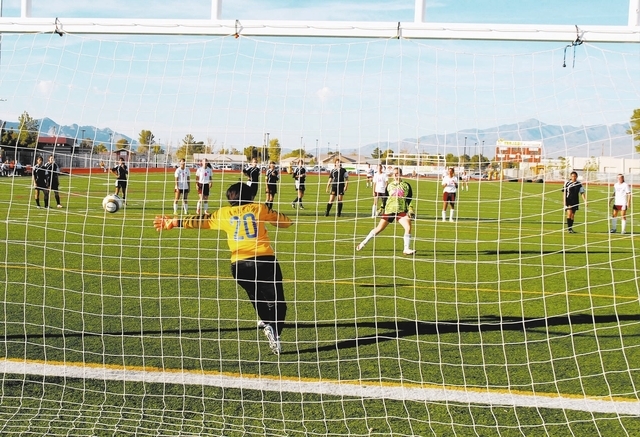 The Lady Trojans are winding down the season with just two games left in the season on Tuesday and Thursday of next week against Western and Faith Lutheran.

The Trojans may be winding down in number of games, but they didn’t let up their intensity as they defeated the Clark Chargers on Wednesday afternoon 13-2.

The Trojans improve to 12-0-2 overall and 9-0-1 in league play for a tie with Faith Lutheran, but the tie is deceiving because Faith has played one more game than the Trojans. In addition, Faith Lutheran lost to Cheyenne 4-3 on Oct. 21 at Cheyenne, a team the Trojans just beat 8-0 last week. At the end of next week, the points will balance to show Faith in second place.

The Chargers scored a goal in the first half of the game and that seemed to energize the Trojans to score more points. The Trojans closed the half with a Sydney Sladek head shot for a goal. Sladek scored two goals in this fashion. At the half, the game was 6-1. Sladek was on fire and had 5 goals on the game.

Another teammate who usually goes unnoticed is Courtney Lindsay. She usually works hard behind the scenes, so to speak, but without her contribution to the team many of the goals scored by the team could not be made. Lindsay is the attacking/holding midfielder for the team. One example of her skill is on corner kicks, where she is simply amazing and can place the ball wherever the coach wants it. Many of the head-shot scores made by Sladek are made because Lindsay can place the ball so perfectly.

Trojans Coach Pam Larmouth had great things to say about Lindsay and her kicking abilities. Lindsay scored two goals during the game. One goal late in the game she popped the ball over the defenders and into the goal from about 10 yards out.

“The thing about Court is her technical skills are at the top. She can do what you saw every time maybe eight out of 10 times. There are not many girls that can do that,” Larmouth said.

Lindsay said she has practiced for many hours on her kicking ability and has played the game since she was 5-years old.

“I mainly look for Sydney on those corners because she gets her head on it every time or I try to place it right on her,” Lindsay said.

The Chargers got another goal late in the game on a penalty kick, which gave them their final score. Right after the kick the Chargers committed a hands violation near their goal and the Trojans called out their goalkeeper, Kaiya Nauck to make the kick and she kicked it right in for a goal.

Larmouth said the Trojans are healthy going into the Faith game.

Gabby Vasquez injured her ankle and was out a couple of games. She played today for the first time.

“Gabby is feeling better, we wanted her to stay in the game and get as many touches as she could before Faith. We only took her out for five minutes each half because we wanted her to get back in shape. She is playing great,” Larmouth said.

Vasquez said she was feeling great and could not wait to play Faith.

“I did not feel tired today. I have been doing a lot of drills and they had me ride a bike a lot so I would stay in condition. I still had problems with pivoting and turning, but will be ready for Faith,” she said.