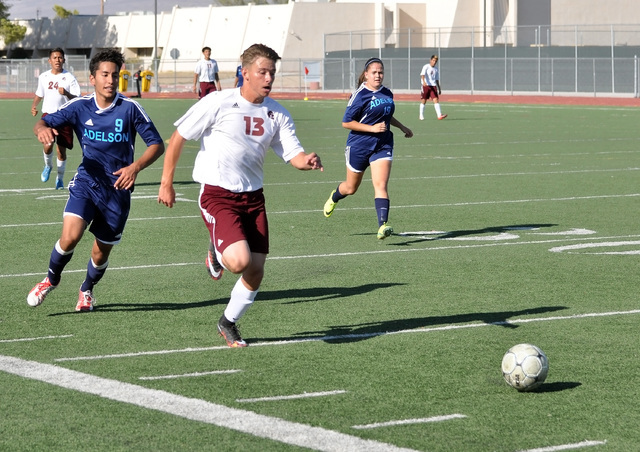 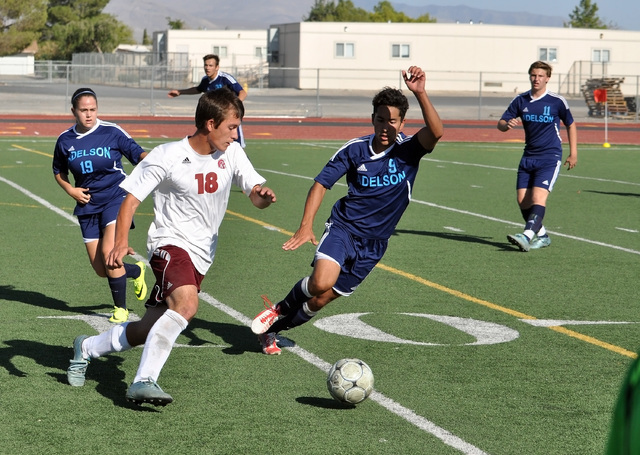 Horace Langford Jr. / Pahrump Valley Times Paul Holmes takes the ball into Adelson territory for the Trojans just before he makes the only socre for Pahrump. 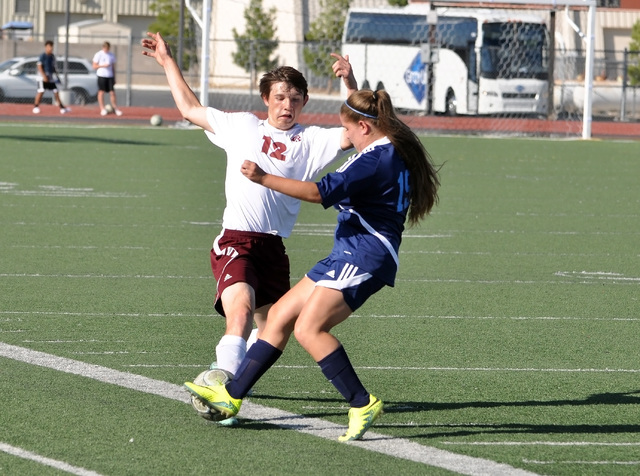 Unfortunately for the Trojans boys soccer team, the Adelson Lions are no longer the joke of the league, as the Trojans found out on Thursday in a 3-1 loss.

Adelson (3-0-1, independent) seems to have turned things around under second-year coach William Naftally. Despite the losses to Pahrump, the Lions ended the year with a 10-5 record, which was their first winning season in soccer.

This year the Lions are off to another good start, 3-0-1. They beat Boulder City, which was their first Class 3A team win. They then played Desert Oasis, a Class 4A team, to a 1-1 tie.

Against the Trojans, Adelson scored first. They had a wide-open shot in the middle of the field.

The Trojans then tied the game with a score by senior Paul Holmes, who was assisted by senior Bailey Crawford 35 minutes into the first half. This would be the only goal for Pahrump.

At the half the Trojans coach Wes Icard told his team, “Don’t let them run by you and you need to stick to your man.”

Closing the gaps in the Trojans defense seems to be something the team is working on since the Desert Oasis game.

Today the Trojans play Boulder City at 3 p.m. The match is the Trojans’ last non-league action before the start of league play on Monday at Sunrise Mountain.