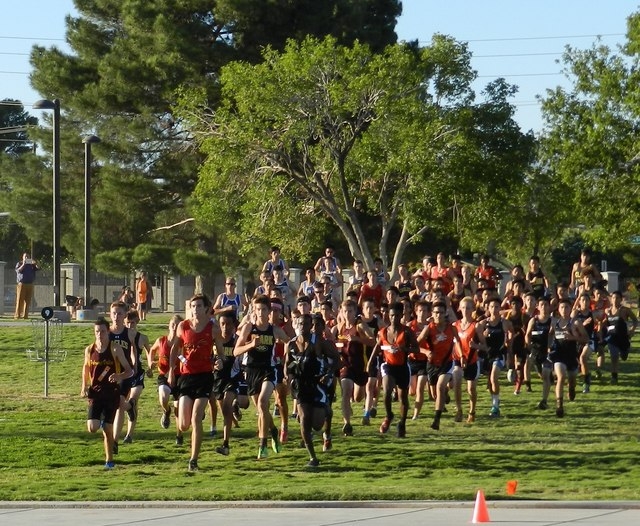 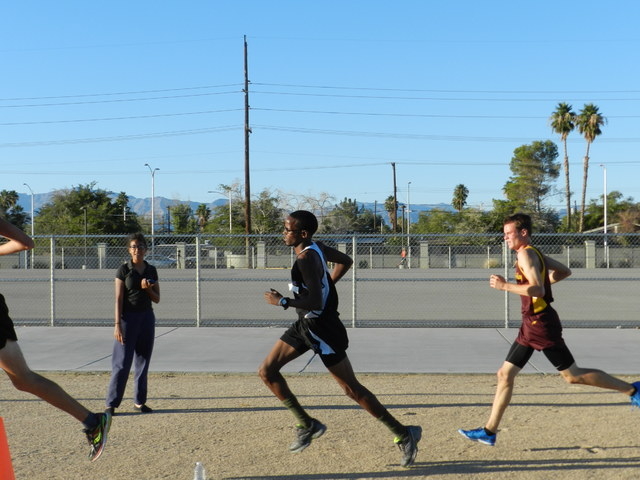 The Trojans cross country team was at the Desert Pines Cluster Meet on Oct. 1. The course was 2.8 miles, which is slightly shorter than the average course. Freshman Bryce Odegard continues to run hard for the Trojans and finished in fourth place with a time of 15:26. The first place runner was from Desert Pines, Abdirahman Mohamed at 15:15. The team scores were as follows: Clark 37, SECTA 62, Chaparral 109, Pahrump 114, Boulder City 120, Desert Pines 153, Sierra Vista 174 and Spring Valley 194.

The Lady Trojans had a good showing too and finished in third place. The team scores were as follows: Boulder City 44, Clark 50, Pahrump Valley 66, Desert Pines 110, Chaparral 113 and Spring Valley 126.

This week the team will be at Veterans Memorial Park at 8 a.m. for the Lake Mead Invitational. Results from Wednesday night’s Faith Lutheran Meet were unavailable.

In girls golf, Pahrump Valley is winding down the season and played in a league match at Clark at Angels Park Golf Course. Clark won the match as Sabrina Ho carded a 3-over 74 to lead Clark to victory in this Sunset League match. The Chargers carded a team score of 336, Faith Lutheran had a 345, and Pahrump Valley was third with a 447.

Pahrump had a match at Faith Lutheran, which was the last regular season match before regionals on Oct. 14. This match was past deadline. This year’s regional match will be at Boulder Creek and according to Trojans Coach Bob Hopkins, his team won’t make the regionals as a team, but some will qualify to go as individuals. He said he won’t know who those individuals are until Friday.

Unfortunately, senior Jayde Woodworth will not make it to the regionals for the first time in two years. Illness has kept Woodworth out for several matches this season and the NIAA rules say you must play in three league matches to qualify.