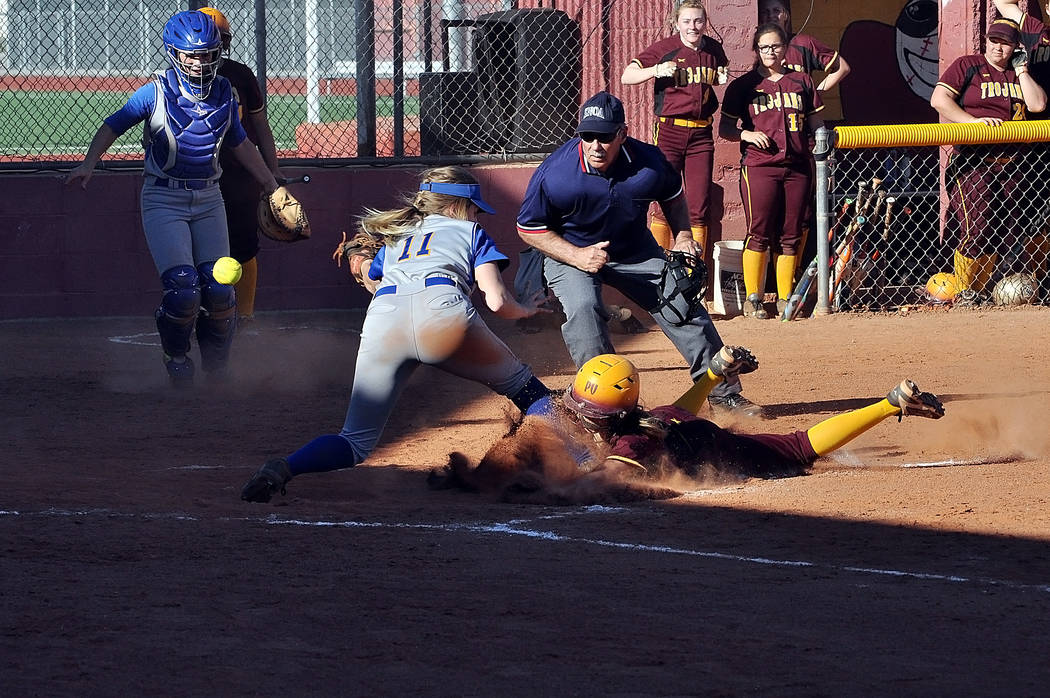 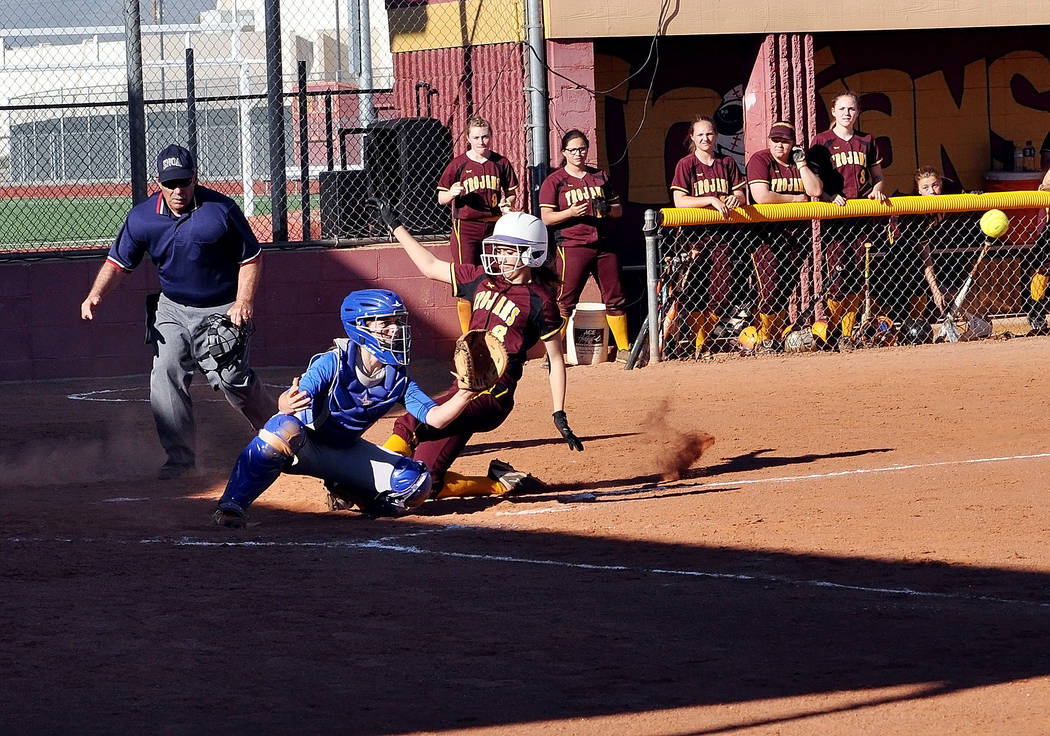 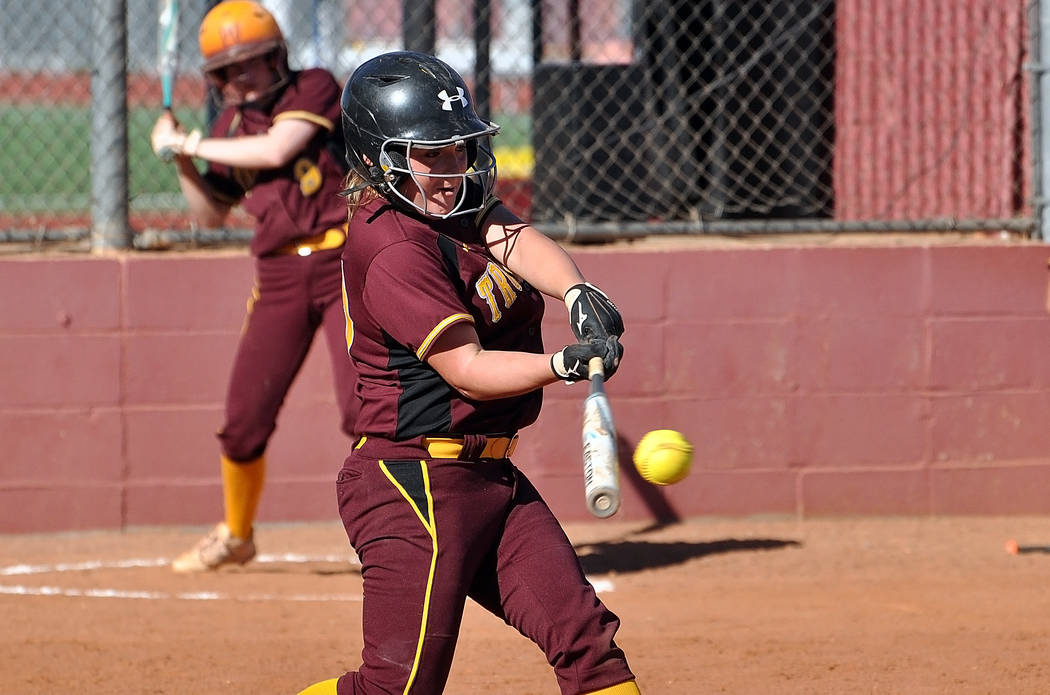 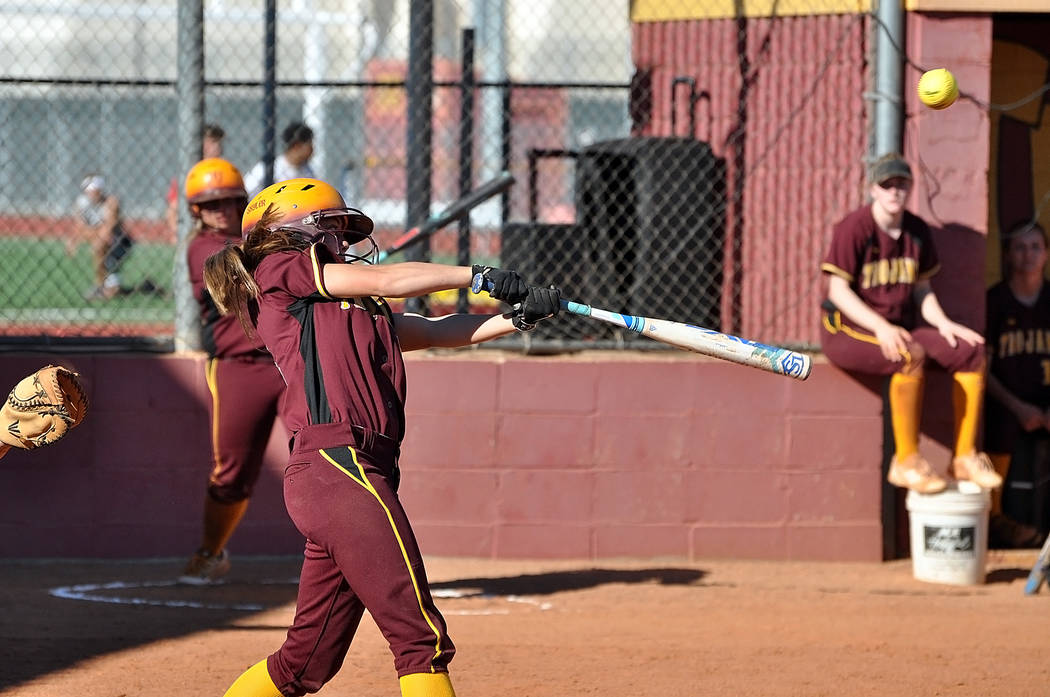 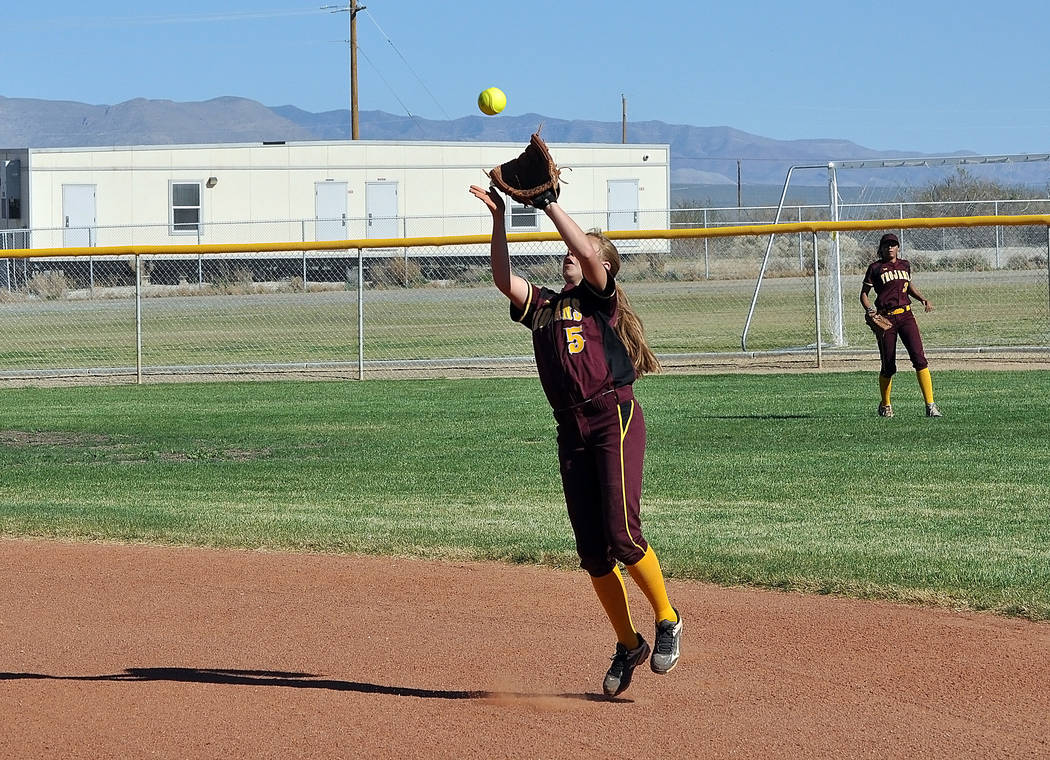 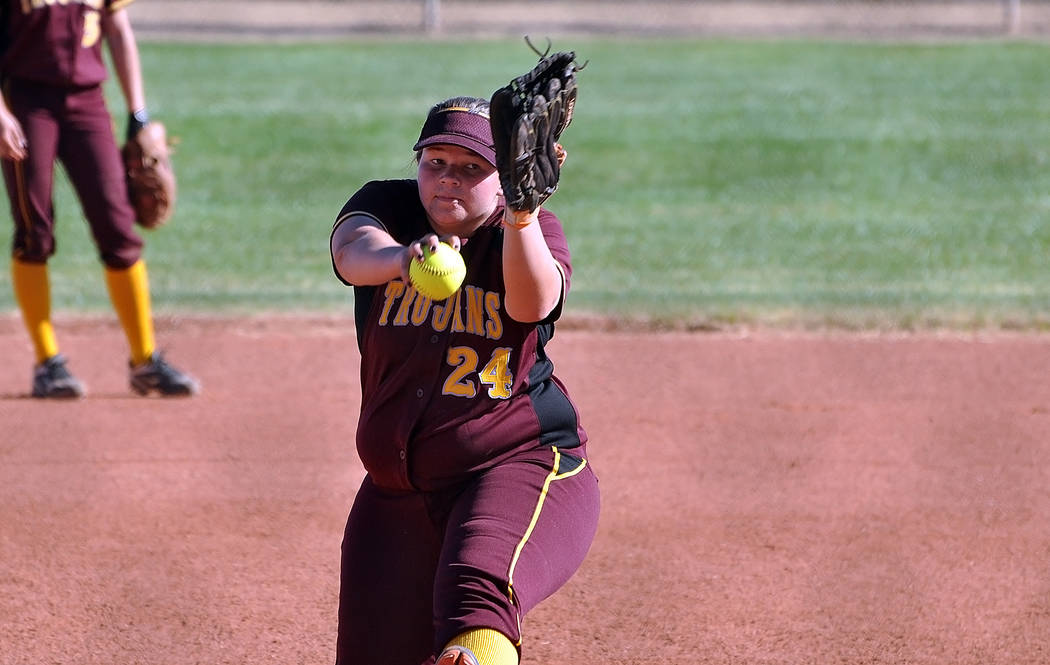 The Lady Trojans softball team beat Moapa Valley 10-9 on Tuesday in a nail-biting eight-inning game that came down to the last out. The Trojans improve to 4-2 preseason and hope to keep on improving on that record.

“We are getting the hits,” Trojans softball coach Eli Armendariz said. “But we are not playing good defense.”

“We scored five runs in the first inning and I really thought we were going to beat them,” Armendariz said. “But we lost due to defensive errors and mistakes.”

He said the team has a lot of young talented players that just need more game time.

“Our talent needs to play more together,” he said. “We can’t win when you are giving up nine runs. We definitely had fly balls that we should have caught in our last game.”

The coach is not worried though. It is a long season and the team has barely scratched the surface.

“I am not too worried,” he said. “Our goal is to get to the playoffs and once that starts it’s a new season.”

He also said the team is battling some injuries that has caused him to play players in different positions that they may not be used to.