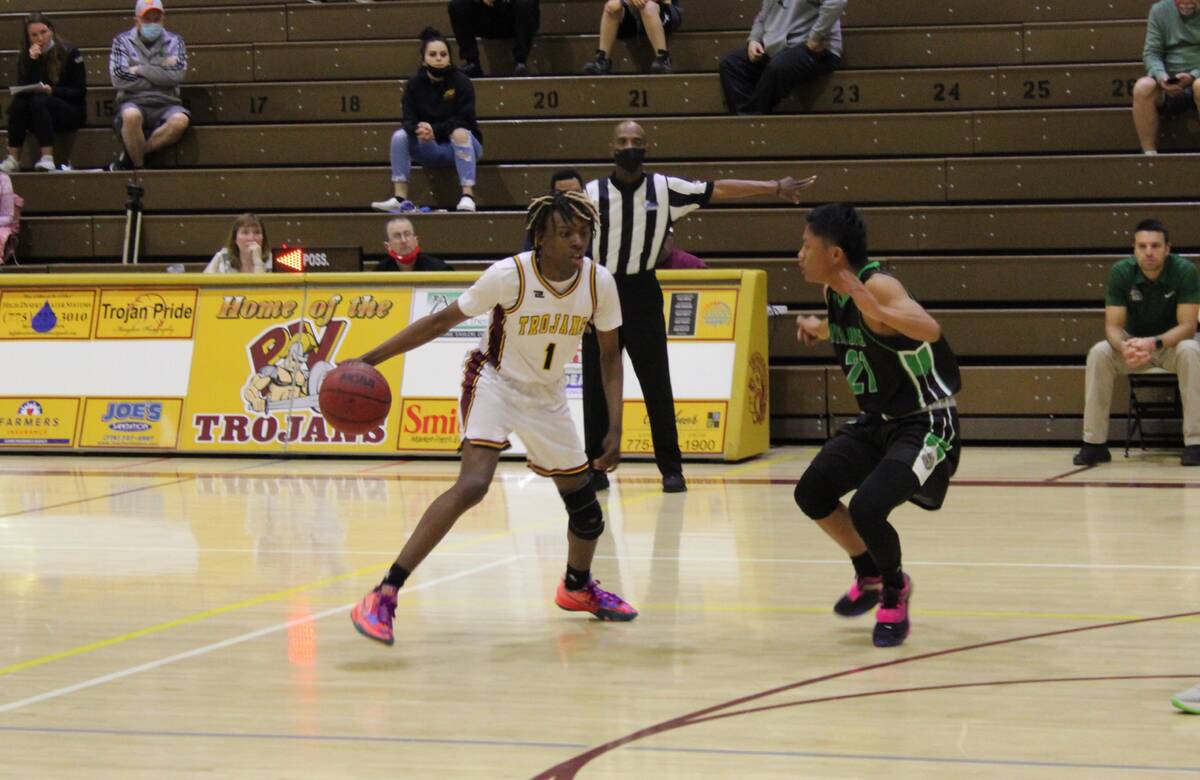 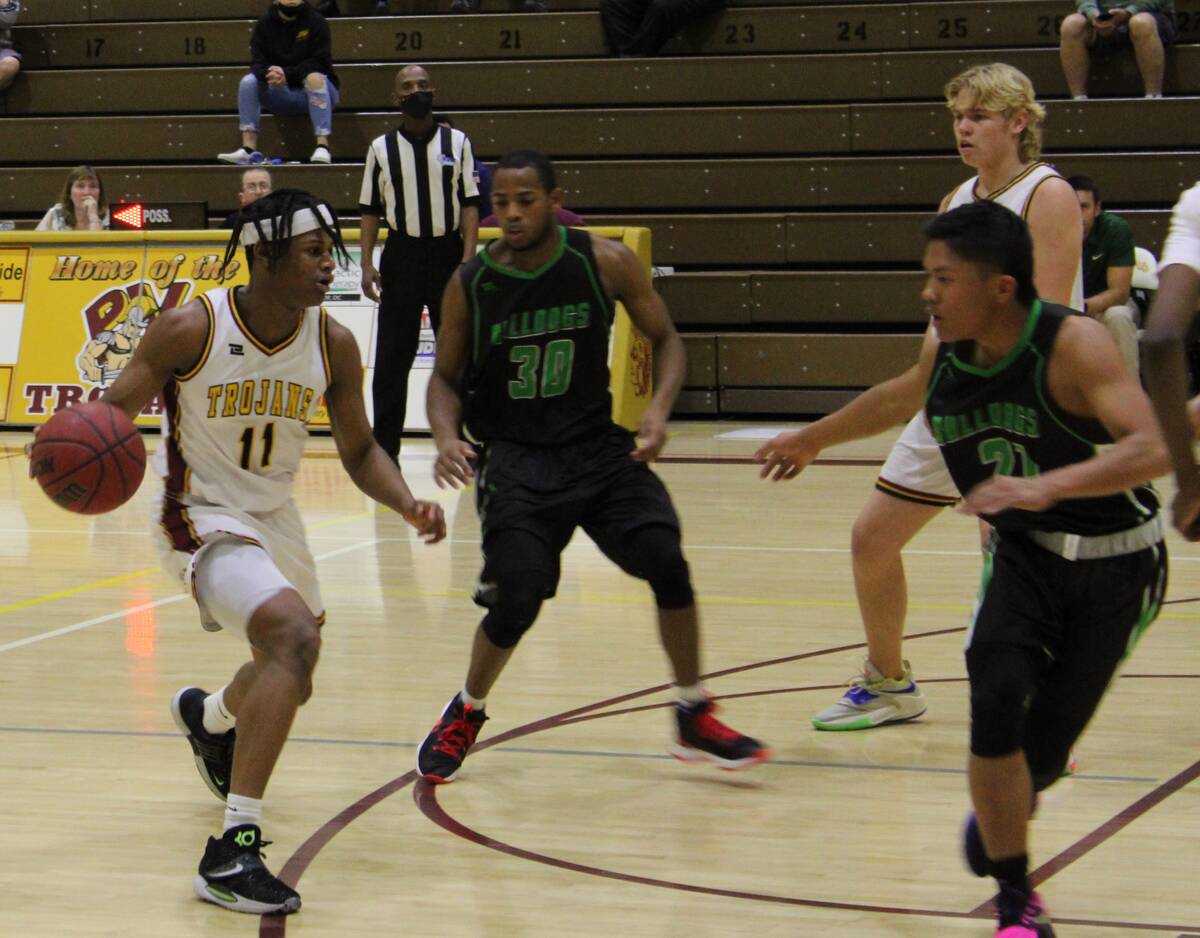 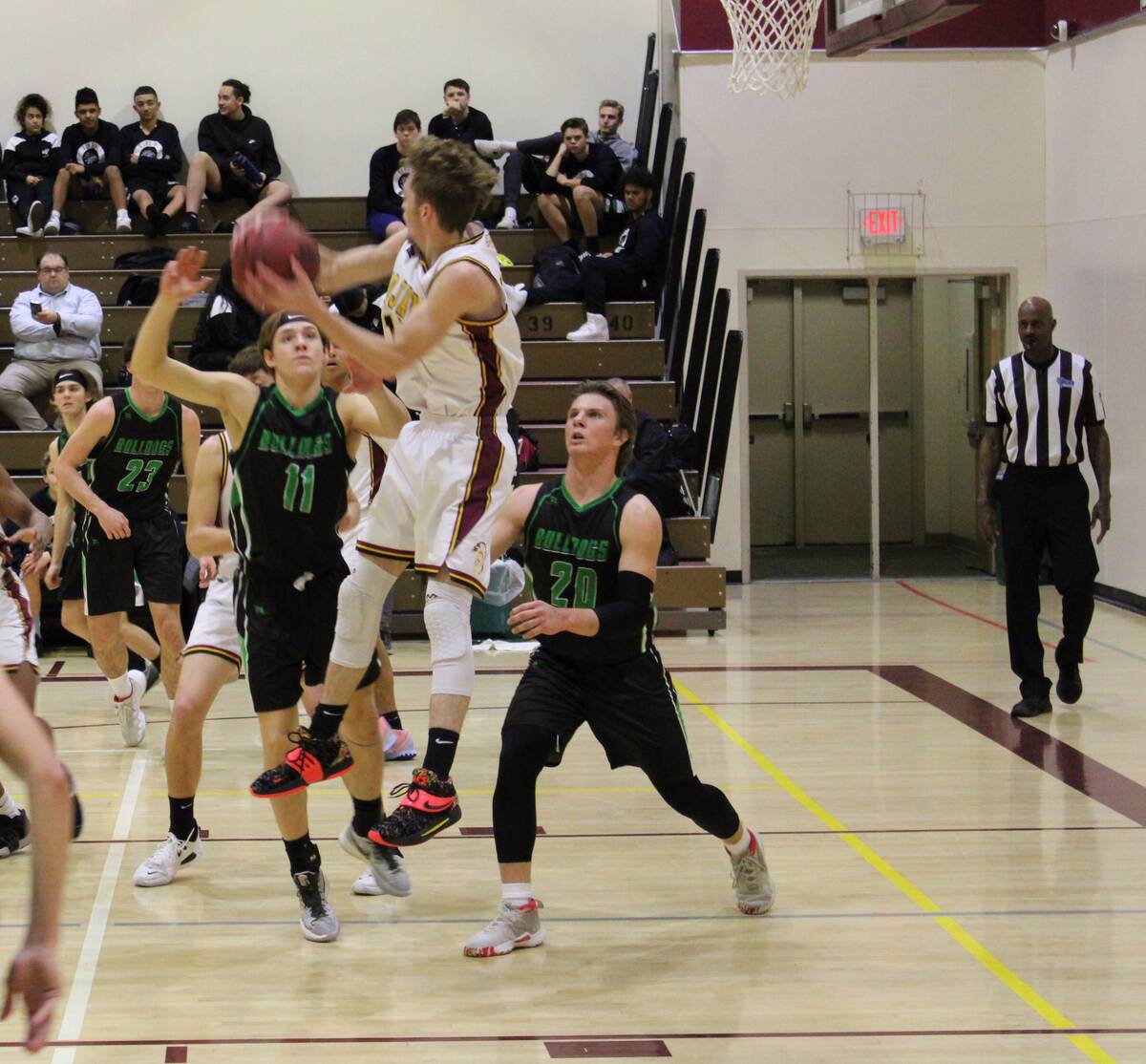 The Trojans came away with a 46-41 victory to start league play.

Following their game against the Pirates, the Trojans played their last two non-league games of the season. They traveled to Moapa Valley on Saturday, Jan. 8, and they hosted Virgin Valley on Tuesday, Jan. 11.

In their game against Moapa Valley, the Trojans defense had a tough task at hand. Three Moapa players scored in double figures, including senior guard Dustin Gordan who had the game’s only double-double.

Gordon finished with ten points and ten rebounds. The Moapa Valley Pirates were led in the scoring department by seniors Austin Heiselbetz and Peyton Neilson. Each of them finished the game with 13 points.

After having their game on Monday night against Eldorado canceled due to COVID-19, the Trojans finished up their non-league game schedule with a home game against the Virgin Valley Bulldogs.

The Trojans got off to a slow start, only scoring six points in the first quarter. When I spoke to head coach David Wilson after the game, he said that the team’s slow starts have been their achilles heel all season.

After falling behind 14-40 going into the locker room at halftime, Pahrump Valley came out on fire at both ends of the court in the second half.

They would outscore the Bulldogs 30-25 in the second half. The Trojans held the Bulldogs to just 11 points in the fourth quarter.

Pahrump Valley was led by senior guard Robert Simms, who scored six of the team’s first eight points to start the game.

Ultimately, the Bulldogs came out on top by a score of 65-44.

The Trojans will continue their league games with a matchup against Pinecrest Cadence on Tuesday, Jan. 18.

Tipoff for that game is scheduled for 5 p.m.