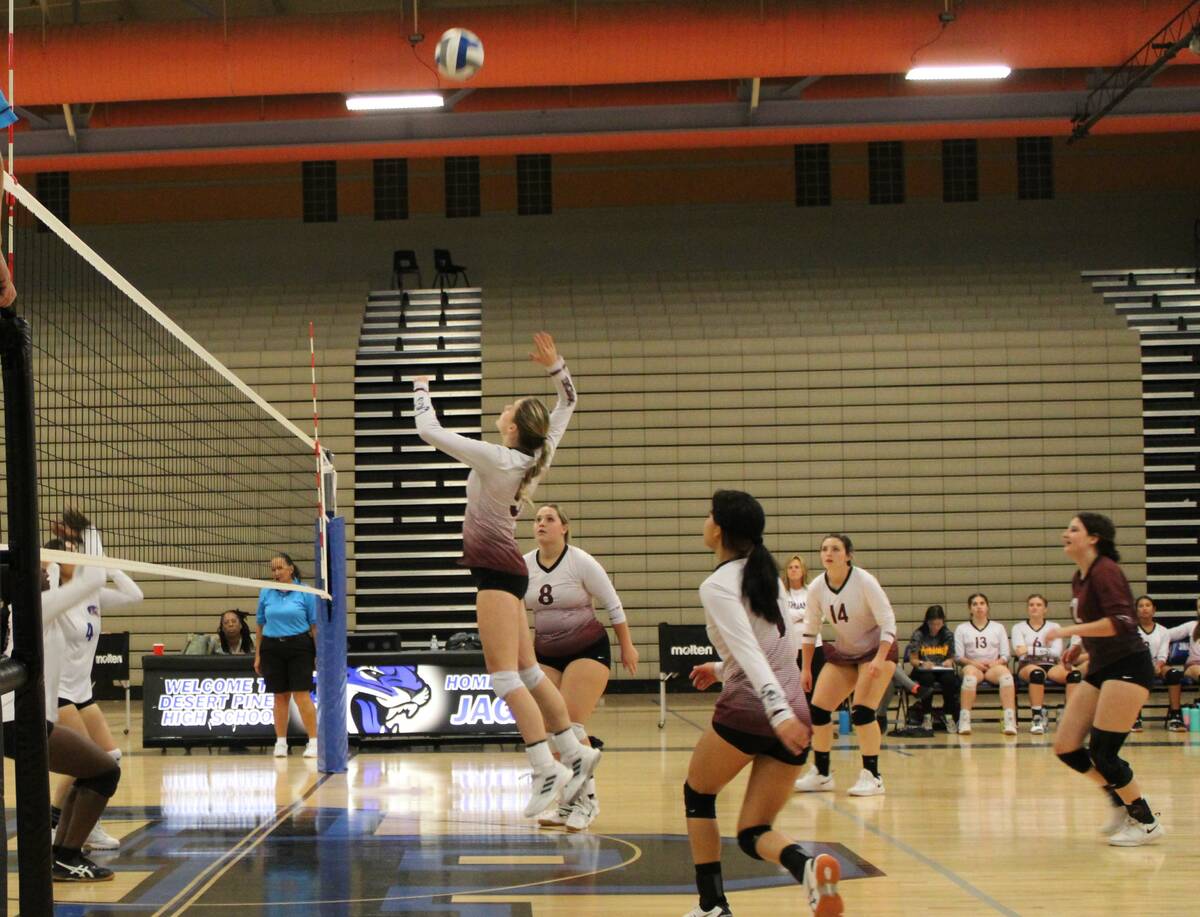 The Pahrump Valley girls volleyball team was looking to get back on the right track after a win against the Desert Pines Jaguars last Thursday, however, a four-game tournament over the weekend has set them back.

Pahrump Valley was led by their seniors throughout the game.

Peyton Odegard led the team in kills, with nine, and blocked shots, with eight. Lilian McGhee was second on the team with eight kills in her four played sets against the Jaguars.

The first set between the Trojans and the Jaguars was even until Pahrump pulled away at the very end to win 25-20.

In the second set, the Trojans faced some adversity by holding multiple leads of five points, but they let the Jaguars get back into it, ultimately losing the set in extra time by a score of 27-25.

The last set seemed to have lit a fire under Pahrump Valley. They won the third and fourth sets by a combined score of 50-22, including scoring 10 consecutive points in the fourth set, giving the Trojans a 3-1 game win.

Senior Elizabeth Shockley led the run with her serving. She finished with a game-high 15 aces and scored nine of the 10 consecutive points for the Trojans in the fourth set.

Junior Taylor Brown had eight aces and 12 kills in the Trojans’ two games against the Del Sol Dragons on Saturday.

Pahrump Valley will be back on the court this Wednesday, Sept. 28, when they go back to Las Vegas to play against the SLAM Nevada Bulls. This is the first of two games between the teams this season.

The game is scheduled to begin at 6 p.m.