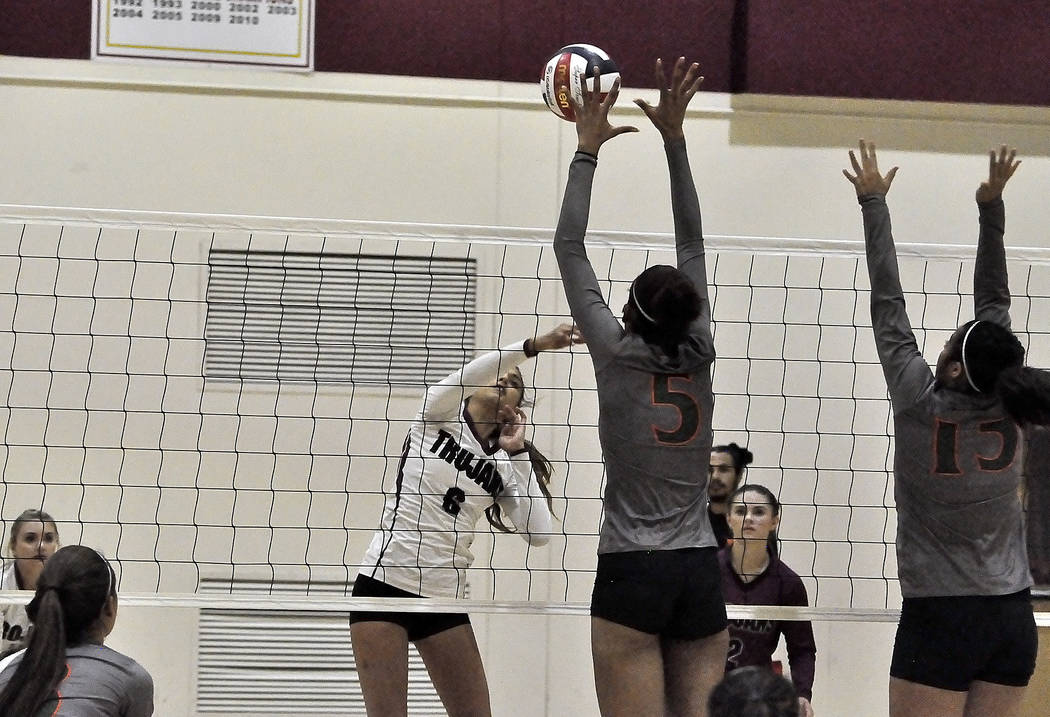 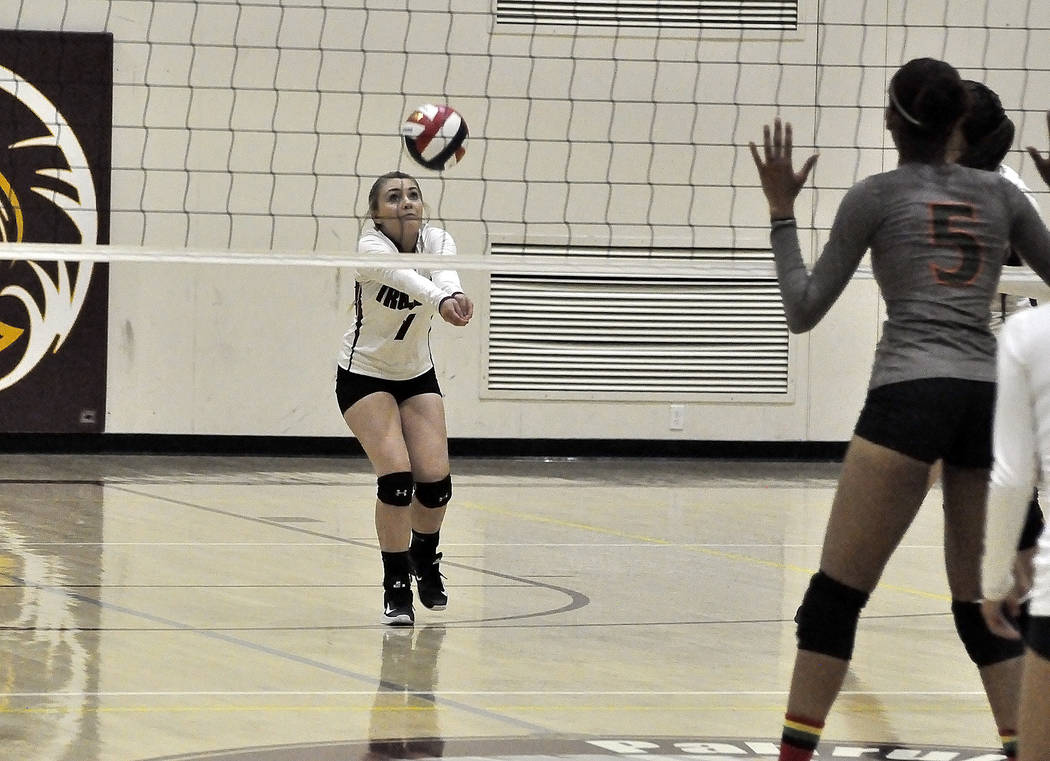 Horace Langford Jr./Pahrump Valley Times Junior player, Elaina Dattilio, bumps the ball in the Mojave game on Tuesday night. The Trojans had some great digs and didn’t falter on defense. 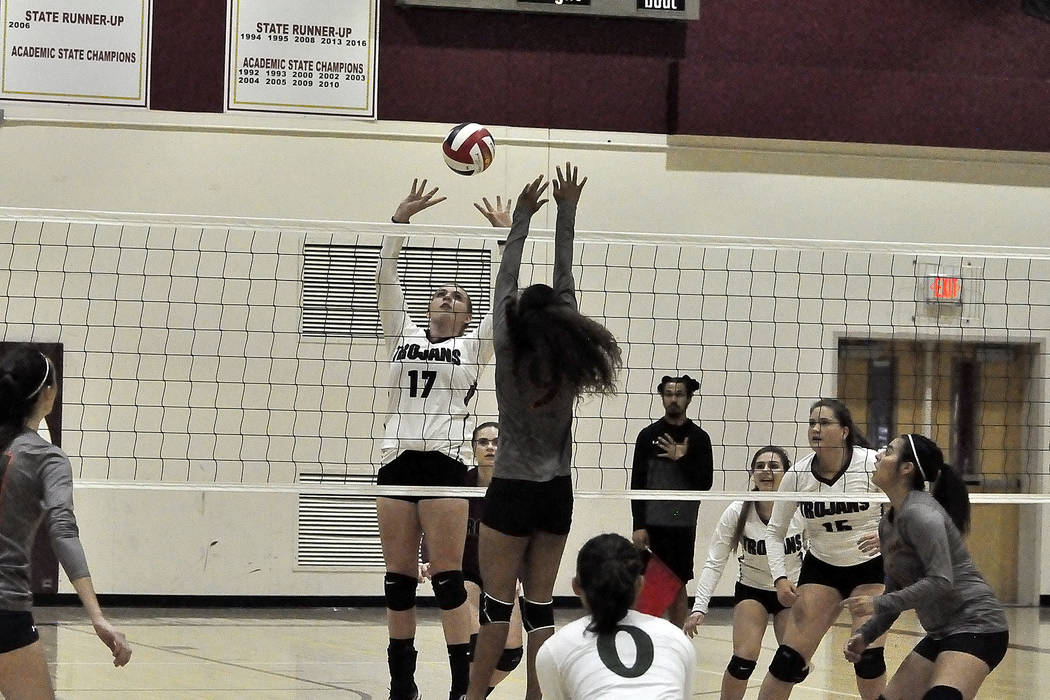 The girls are now 2-0 in league play after beating Sunrise Mountain in three sets last week.

The preseason for the Trojans team was rough due to the high caliber of teams they played, but regardless of the record, the Trojans find themselves better off for playing the tougher teams, for it has made them a better team.

“We are a very young team and don’t have that much varsity experience,” Trojans coach Jill Harris said. “The team has a lot of heart and is working hard in practice so we have a lot of kids coming along really fast. In the preseason we were very inconsistent. It is a good thing that we had the two tournaments. The team is coming along. We got better for the Boulder City Tournament and even have improved since.”

During the Mojave game, the Rattlers came out strong, matching the Trojans point for point and even taking the lead now and then during the first set. During that set the lack of height on the Trojans side was made apparent, for the defense dug a lot of balls instead of meeting them at the net.

“We are not as tall as we have been in the past and so we will have to be able to dig the ball,” the coach said.

After the Trojans reached 14 points in the first set there were eight ties. The final score was 27-25. Mojave seemed to have given their all in the first set and wasn’t able to duplicate their efforts in sets two and three. They lost the other two sets pretty quickly.

In the last two sets, the Rattlers were unable to catch up to the Trojans like they did in the first set, falling behind in the second set by seven points and as many as 11 points in the third set. Pahrump was more aggressive at the net and Mojave was more reactive.

The Trojans coach says the team is so young that the roster is not even set yet.

Regardless of the final roster, the coach plans on having a winning season.

“I am planning for the team to be in first place by the end of the season,” she said.