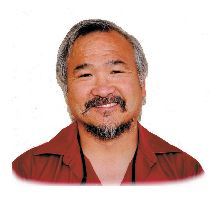 What I like about the Super Bowl is that there is so much going on with this sporting event and it has such a rich history.

Quarterback Tom Brady and coach Bill Belichick be in their seventh Super Bowls together, winning the only four in franchise history; 2001, 2003, 2004 and 2014.

The Super Bowl is all about the betting for some people. It’s the biggest sporting event of the year for Las Vegas.

According to Brian Oney, sports book writer for William Hill, the betting will, and has been, steady all week.

“People here in town don’t have to worry about long lines in Pahrump,” Oney said. “On Super Bowl Sunday we will have three writers taking bets. We also have someone at Saddle West and kiosks at Lakeside and Gold Town.”

Oney said they have a lot of fans doing “over” bets.

“Mainly, Falcon fans are betting that the combined score of the Super Bowl will be over 59,” he said. “I think they are basing this on the last two playoff games.”

But he said the money is pretty even for both teams.

Last year, people were doing the teaser bets because last year NFL games were so close.

Once again, along with straight bets on the game, the prop bets are still popular, according to Oney.

“You will see a lot of prop bets going down at the Super Bowl party we have here at the Nugget,” Oney said.

According to the Los Angeles Times, bettors will gamble $4.2 billion on the outcome of this game, mostly illegally outside Nevada sportsbooks. One of the most popular bets is the proposition bet or prop bet.

A prop bet is betting on individual events connected to the game. For the Super Bowl, they stretch the connection. For example, you can bet on things like how long the national anthem will last or the distance of the first field goal made. For the William Hill Sports Book, the strange bets are in the “which will be more?” category. For instance, which will be more, Lebron James’ points, rebounds or assists or total first downs?

Then, the Super Bowl is all about the parties. There will be several of these in town. You should have no problem finding one.

Preparing for the ultimate Pahrump Super Bowl party without leaving town is not as daunting of a task as it appears. All the essentials are here in town. Pahrump Party Supply still has all your football decorations.

Just remember for Pete’s sake, it’s a Super Bowl party, not some “soiree.”

This is a manly party and should not require any food that you have to sit down for and actually use a fork and knife. And there is no fine china at this party. Paper plates and plastic forks are a requirement.

If you are going to invite people over to enjoy the game, keep the numbers down. First rule of thumb, invite just good friends. Otherwise, you will have to clean the house and that requires you to work. Yuck! You already are putting out for food and so why should you want to clean too?

So invite people over that you feel comfortable with seeing your toilet dirty. This is a fun time and not time to impress the boss. Or the wife’s boss for that matter, so don’t invite either of them.

What kind of food should you serve at this thing?

For starters, a gathering of this magnitude requires food from the grill.

If you are not man enough to lay down your own beef, then, by all means have someone grill it for you.