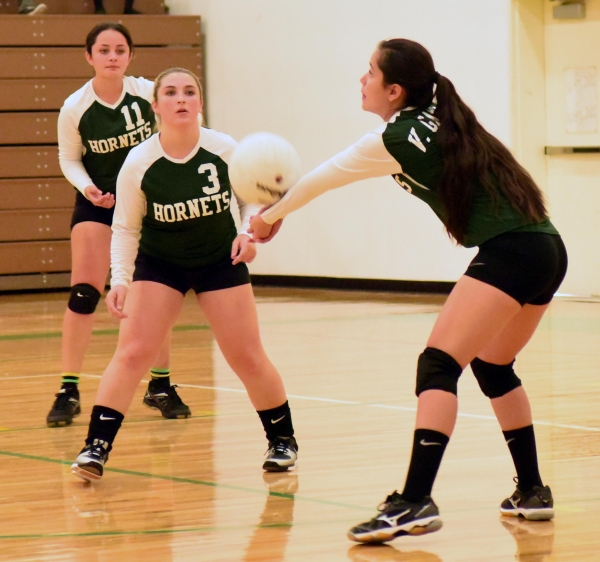 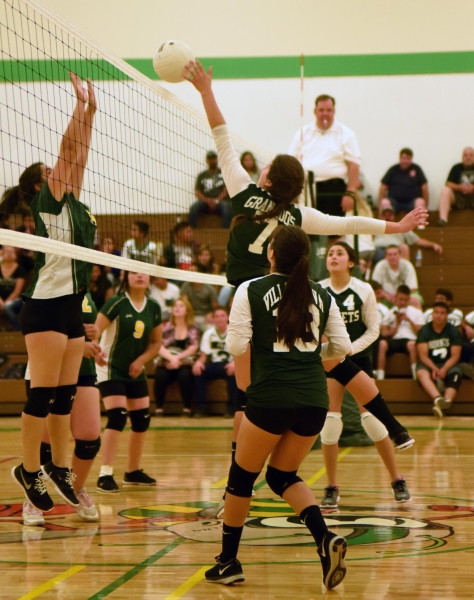 The Beatty volleyball team (6-1 overall) had a busy weekend last week playing Big Pine, California at home on Friday and then a tournament in Trona, California on Saturday.

Hornets coach Steve Sullivan said his team, despite the win, still has to work on serves.

“Our biggest issue against Big Pine was our serves,” the coach said. “We had a team total of 25 service errors. Again, inconsistencies of our offense really hurt us. So right now we are really focusing on the little things and going through repetitions of our offensive rotations.”

The coach said his two impact players for the Big Pine game were Claudia Granados and Vanessa Gamboa. Granados had 4 kills and 2 aces and Gamboa had 5 kills.

“Gamboa is a very smart hitter and once she becomes more confident with her position, she will be very dangerous,” Sullivan said.

Sullivan was pleased with the way his girls performed.

“The girls played very well and were consistently strong throughout the whole tournament,” Sullivan said. “Though we had beaten Immanuel Christian earlier in the tournament, they had built a lot of momentum and their girls had a lot of intensity that we just didn’t match. I could tell the other team really was gunning for us and wanted it more than we did.”

Beatty travels to Lund today, TBA. Lund will be their first conference game.