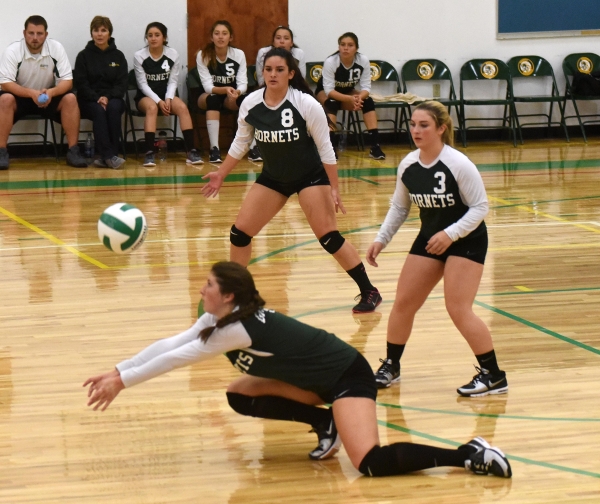 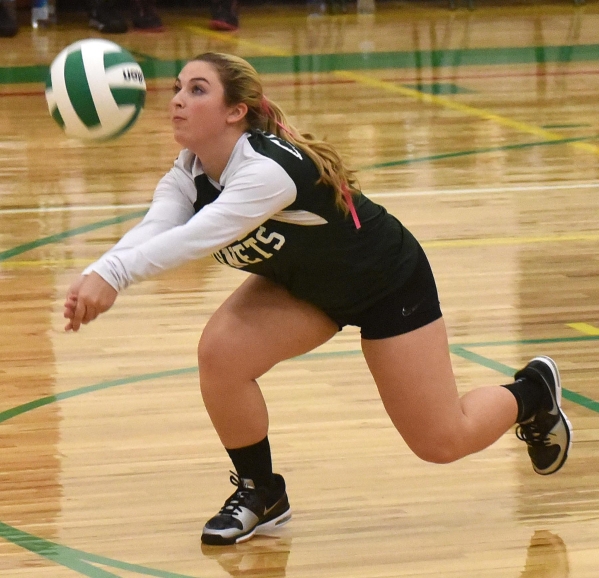 The Hornets played Tonopah and the team that wanted it more won.

This left Hornets coach Steve Sullivan just scratching his head trying to figure it all out.

“We were too over-confident against Tonopah,” Sullivan said. “We had handled them pretty easily before, and with the emotions of it being senior night, we let the game slip away.”

The Hornets had just beaten the Muckers in three straight sets the week before and according to their coach didn’t come to play.

“Tonopah showed up to play and we didn’t,” he said. “Whenever a team doesn’t show up with their heart in it and their mind focused, they do deserve to lose.”

Sullivan feels his team is the better team.

“We have the talent on this team but we have to be willing to bust our butts, maintain intensity, keep our minds clear, and to never settle,” Sullivan said.

Sullivan’s team went to Indian Springs (7-5 overall, 5-2 Division IV Southern) in hopes of a win. The coach felt the team needed a win to enter the playoffs with a better mindset.

“That is why I am looking forward to playing Indian Springs,” the coach said. “They are a tough team and that’s what we need right now. I am more concerned about another loss because of what it will do to us emotionally and mentally.”

If things remain the same, the Hornets could be playing Tonopah in the first round of the playoffs and because they lost to Muckers they would be playing at Tonopah.