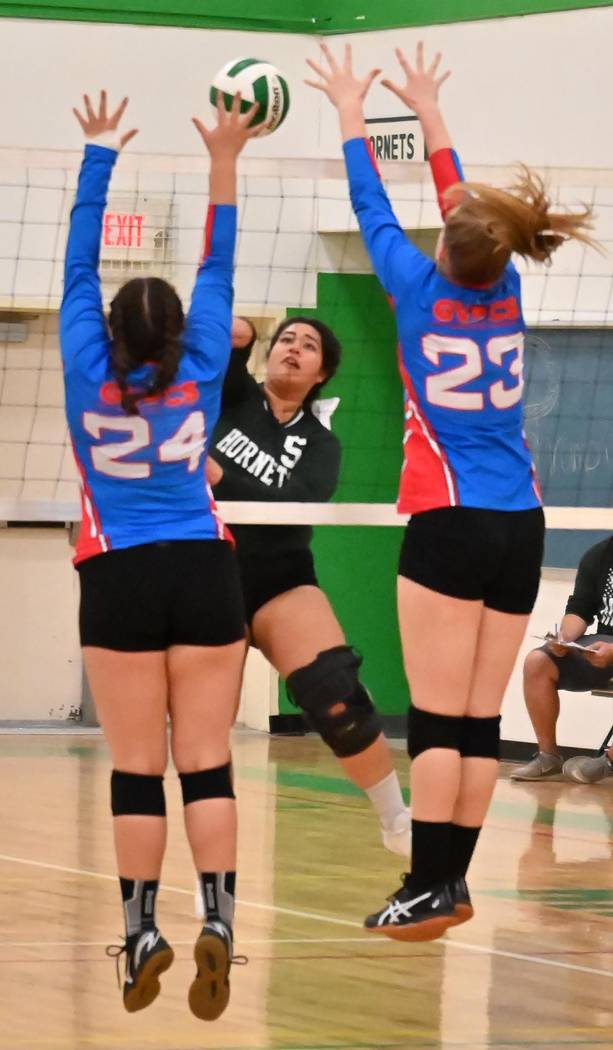 Richard Stephens/Special to the Pahrump Valley Times Beatty's Adriana Gil goes up for a kill against Lily McCandless (24) and Olivia Charron (23) of Green Valley Christian during the Hornets' 3-2 win over the Guardians on Friday in Beatty. 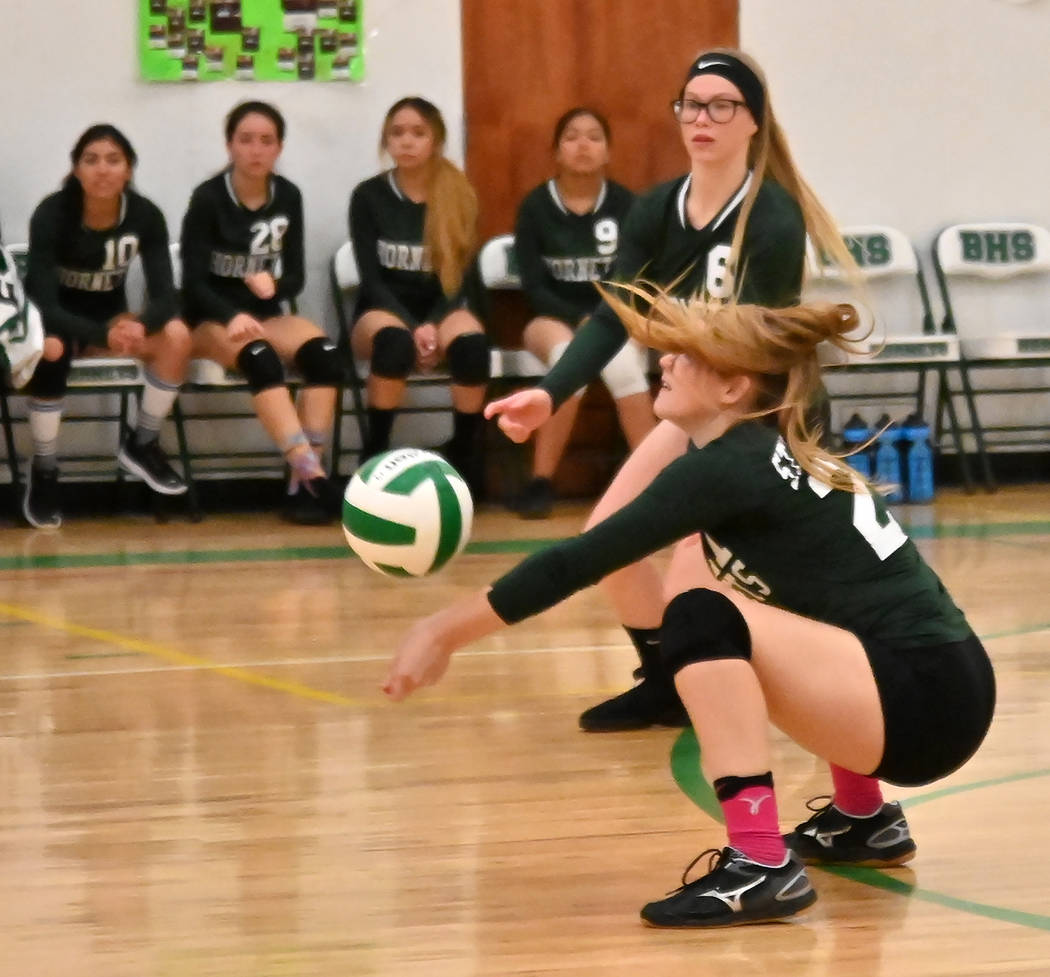 Richard Stephens/Special to the Pahrump Valley Times Cameron Stephenson goes down for a dig during Beatty's 3-2 win over Green Valley Christian on Friday in Beatty. Stephenson paced the Hornets with 10 kills during the match.

With his team down a set and not playing well in the second, Beatty High School girls volleyball coach Steve Sullivan made a lineup change, sending Evelin Moreno in to serve.

“We were making the same mistakes, and I subbed her in to serve because I was unhappy with the way my defensive specialist played the previous set,” Sullivan explained. “So I sent in Evelin, and she served about six points in a row. Her serves weren’t hard and, in fact, they would float over around the 10-foot zone. None of her serves ever touched the court, but Green Valley Christian’s defense had a hard time passing her serve in system.”

Sullivan was ecstatic about the victory, as it’s the kind of match the Hornets often find themselves losing.

“This win was a great mental victory for us because, typically in these situations, we shoot ourselves in the foot and quit battling,” he said. “It was obvious, however, by the girls’ faces and the way they were talking together in between sets that they weren’t giving up.”

The Hornets got off on the wrong foot, not just by losing the first set but in the way they lost it. Sullivan said Beatty made 4 serving errors and 10 attack errors in the opening set.

“That gave them 14 points, and at the same time we only have 2 aces and 8 kills, which gives us 10 points,” he explained. “Offensively, we give more points to the other team than we give ourselves. Offensive errors are unforced errors, and when that number is high it tells us we are not in control and/or we are not thinking about our attack. Instead we get in robot mode and just swing away.”

But, behind 10 kills from Carmen Stephenson and 8 kills from Kyleigh King, the Hornets turned it around to even their league record, having dropped their opening Southern League match three days earlier to Liberty Baptist in five sets.

Beatty will continue Southern League play at 5 p.m. Friday with a home match against Beaver Dam.