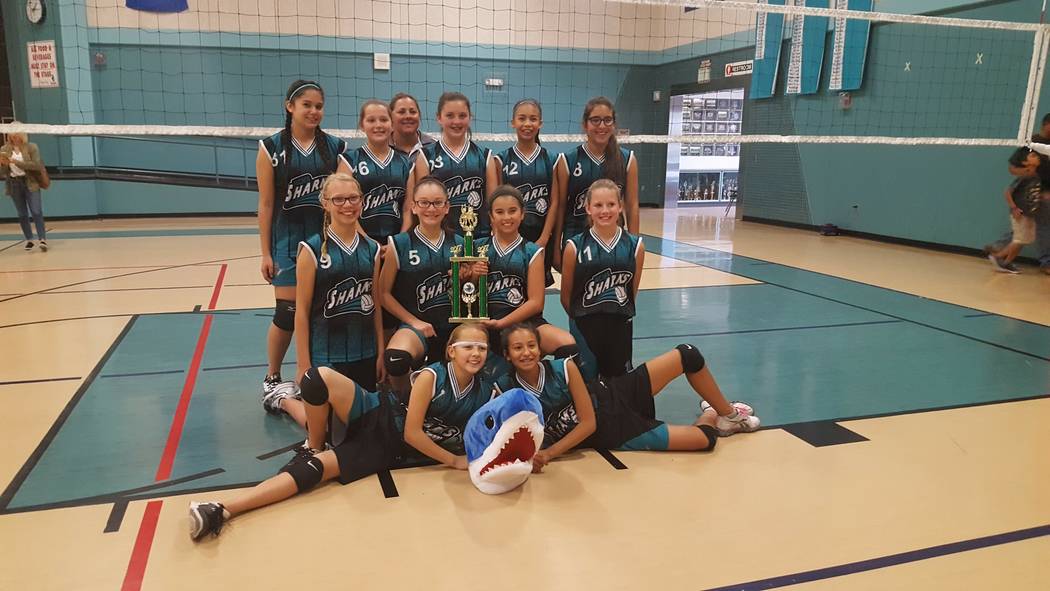 The Rosemary Clarke Middle School volleyball teams did really well at a regional tournament held in Pahrump at the middle school and Pahrump Valley High School over the weekend of Nov. 4.

According to the middle school athletic director, Lori Odegard, the “B” team, which is the seventh graders, won their bracket.

“They took first place in the B team bracket,” she said. “They played at Rosemary Clarke Middle School.”

The “A” team played the eighth-grade team, at Pahrump Valley High School.

The “C” team, the sixth graders, played at J.G. Johnson Elementary. Beatty won that tournament, with Amargosa coming in at second place.

Jennifer Lopez, the Sharks “B” team coach, was pleased with her team.

“Their hard work and dedication paid off,” Lopez said. “They continued to improve during the season and it was exciting to see the transformation from the beginning until the end. The girls worked together as team in order to get the wins. The Lady Sharks played with passion and I enjoyed being their coach. I would like to thank the parents, Tim Wombaker (principal) and Lori Odegard (athletic director) for all their support during the volleyball season.”