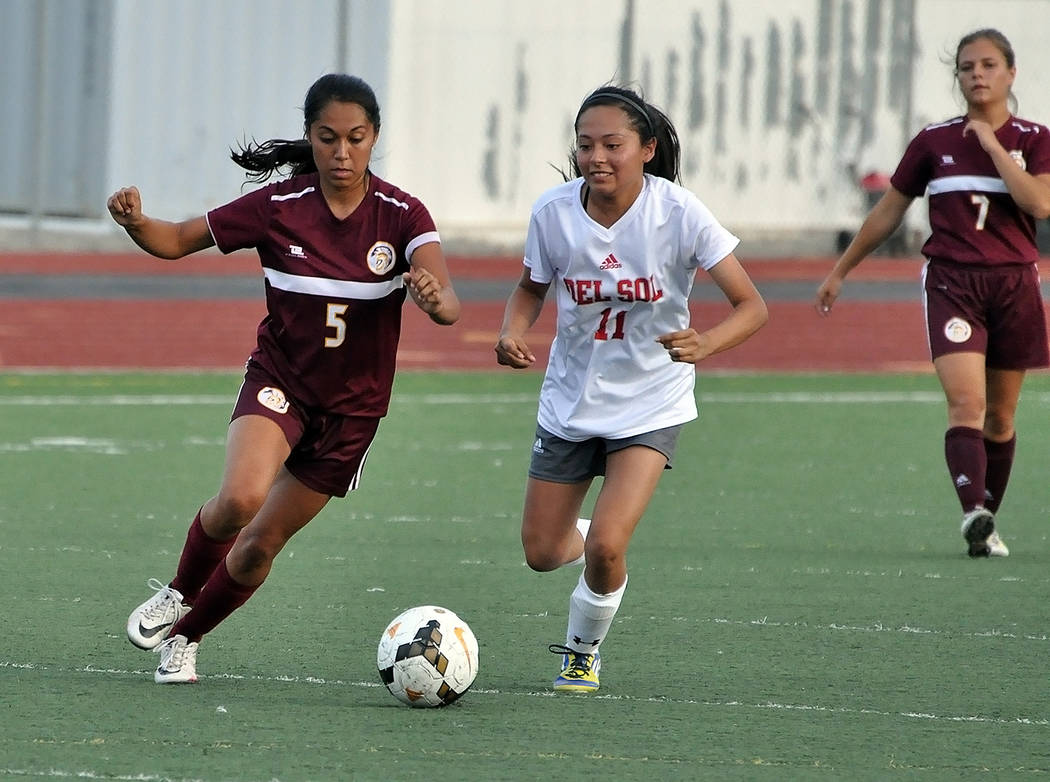 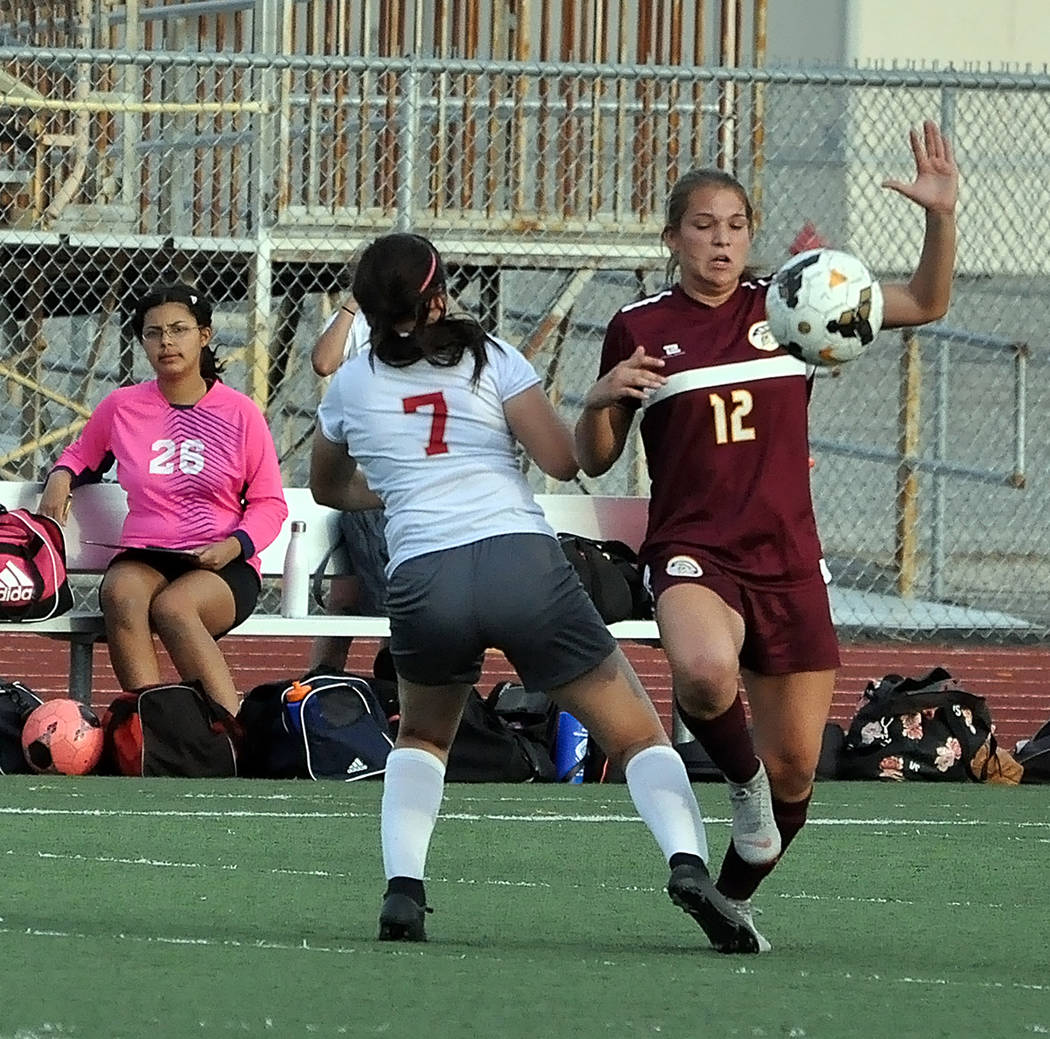 The fact that nobody really wants to take that long bus ride over the mountains to Pahrump is part of it, and, in the case of soccer, some opponents aren’t used to playing on the smooth artificial surface of Trojan Field.

That works in reverse, too.

Throw in a gusty wind, and uneven field and a game against a decent team that wanted payback for a 3-2 defeat against the Trojans earlier this year, and the task gets even tougher.

That was the case Monday at Western High School as the Warriors had goals from three players in a 3-0 win over the Trojans that snapped Pahrump Valley’s five-game winning streak and pulled the teams into a first-place tie in the Class 3A Sunset League.

“It’s always the first windy, crazy game of the year that gets us,” Pahrump Valley coach Julie Carrington said. “We always tend to just be behind.”

“It’s dirt, there’s a lot of holes,” Carrington said. “We always worry about ankles turning. We’re used to playing on a really smooth surface, which helps the passes. You’re on a smooth surface four out of five days a week, and then you come to a field that has holes and it’s dirt. They’re not used to turning on dirt patches, and it does make a difference.

“We definitely play better when we have home games.”

Despite starting against the wind, Pahrump Valley registered the first two shots of the game. Both were from long range and no problem for Western keeper Maria Yanez.

About 11 minutes in, the Warriors had their first solid chance. A strong shot hit the post and dropped right in front of the goal, where Gissell Rodriguez gently tapped it in for a 1-0 Western lead.

By then a pattern had been established: The Trojans seemed to be a step late and a second slow to react over and over.

“We had trouble getting to the ball first, and that sometimes happens in the beginning of our games when we’re away, but they normally pick that up,” Carrington said. “The second half they picked that up a little better.”

But not before the Warriors made it 2-0 37 minutes in when Geraldi Gomez headed in a corner kick.

Carrington said Western was doing exactly what her team was not doing.

“They picked up their passes,” she said when asked what was different about the earlier games against Western, a 2-0 win Aug. 30 in the Las Vegas Kick-off and a 3-2 win Sept. 20 in Sunset League play. “They have a strong team, too, and their keeper was right on those shots. Their girls really cleaned up their passes, while we were just off.”

Midway through the second half, Caro Acosta scored to make it 3-0 Western, and the Trojans were all but done. A late-game red card to Western junior Devany Marroquin, who had two assists, was too little to help the visitors’ cause.

Also not helping was depth. The Trojans are dealing with some injuries, including a couple of back injuries, and had two substitutes available, along with two players brought up just in case. Meanwhile, Western coach Shoichi Sato was able to substitute more freely, sending two and even three players in at a time.

“Not having as many subs kind of hinders us, but the passes just weren’t really where the passes needed to go,” Carrington said.

Hannah McElheny made five saves for the shutout, the Trojans’ seventh since their opening tournament.

Meanwhile, the Trojans boys team was falling 4-0 to Valley as four players each scored once for the Vikings.

The loss sent Pahrump Valley (10-8-1, 5-5) into fifth place in the Sunset League, one-half game behind the Vikings. The top four teams make the playoffs.

On Monday, the Trojans lost 3-0 to league-leading Western. Those two results seemingly have set up a crucial game against Del Sol in the regular season finale Oct. 25.

Del Sol is 6-4 in the league but must face Western before taking on the Trojans, while the Trojans get The Meadows, which has won just one league game, today before facing the Dragons.