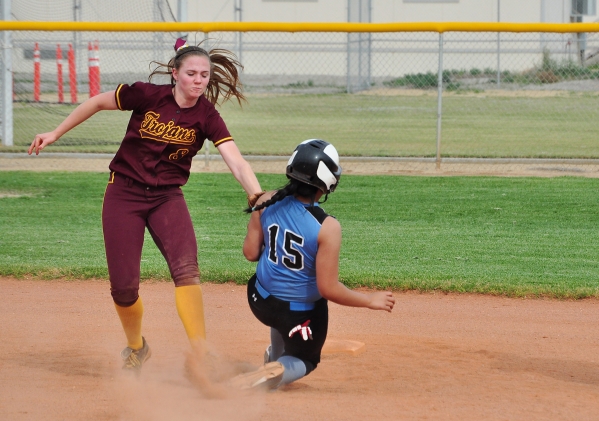 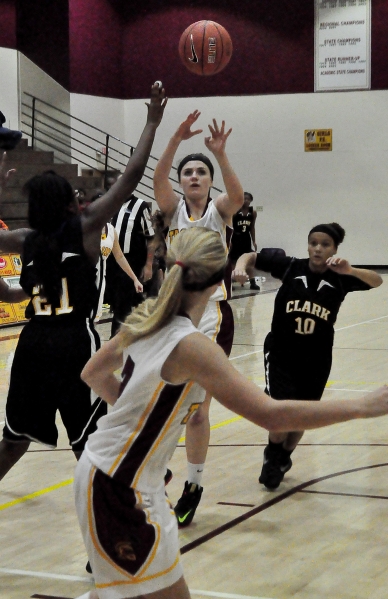 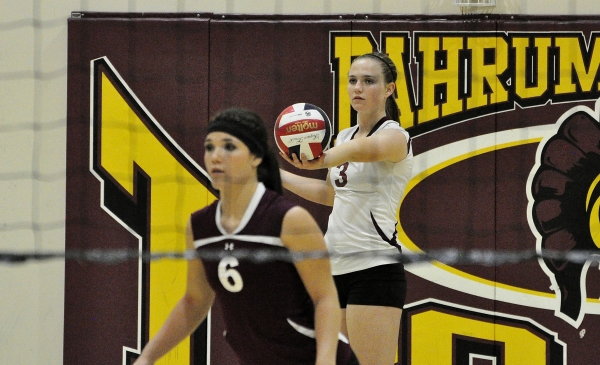 Every high school team can benefit from a Jill Smith. The Trojans are lucky, she is on three teams. She is a rare three-sport athlete. Yes, there are more, but they are few and far between.

Trojans coach Craig Rieger said 20 years ago when he first arrived on campus they were more common.

Her recent basketball injury at the first Western game on Jan. 8 will take her out of basketball and softball. She hopes to be back for volleyball.

“I was dribbling the ball and I stopped and twisted my knee,” Smith said. “I heard a loud pop and went down hard. I tried to get up but couldn’t and couldn’t bend my knee.”

Smith underwent surgery to repair her anterior cruciate ligament on her knee and will miss the rest of the basketball and softball season, but hopes that she will be healed in time for volleyball this fall.

For the moment Smith is out and has to watch her teammates play for the rest of the year.

“It is extremely hard to watch them play without me,” she said. “But it’s very important for me to be there on the sideline cheering them on.”

Smith said she wants her teammates to win.

“I want our team to play as a team and work as a team,” the injured player said. “And I want them to beat everyone.”

Trojans coach Jennifer Hagstrom said she will be missed.

“Smith does everything you ask of her,” the coach said. “Every game she was out there she gave us at least 10 points.”

Trojans Athletic Director Ed Kirkwood is one of her biggest fans.

“Jill is the kind of kid you want on your team,” he said. “She is the kid the others look up to and coaches can always count on. Aside from being our best player skill-wise, she is a leader on the court and when the action gets tough, she is the calming influence.”

Her softball coach, Eli Armendariz, said she will be hard to replace.

“We will miss her defense and her attitude,” he said. “She is just fun to be around.”