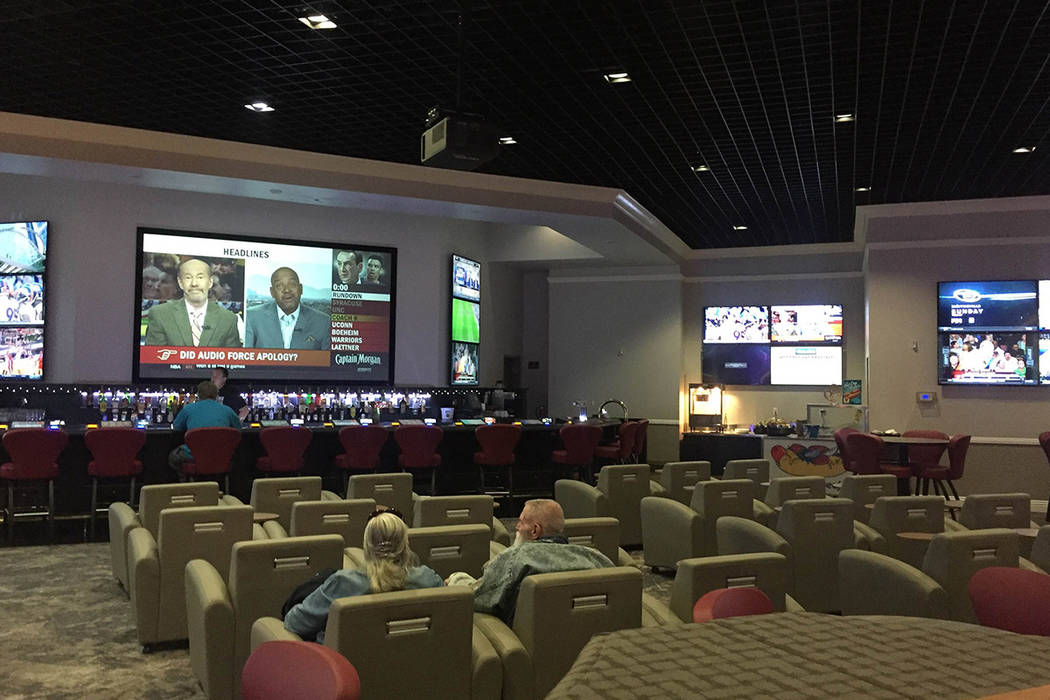 Pahrump Valley Times Betting on the Olympics was banned in 2001, but the ban was lifted before the 2016 Rio Summer Games. This photo shows the sports book at the Pahrump Nugget.

The Winter Olympics are open for wagering at Nevada sports books for the first time in 20 years.

The U.S. hasn’t won a gold medal in men’s hockey since 1980. It won’t take a miracle to win one this year — when the NHL won’t participate — but the odds are against the Americans. Literally.

The U.S. was the 10-1 fifth choice to win the gold at the Pyeongchang Games, which opened Feb. 9 in South Korea.

Betting on the Olympics was banned in 2001, but the ban was lifted before the 2016 Rio Summer Games.

While not having NHL players is expected to hurt the Olympic betting handle, Westgate sports book manager John Murray said he still expects to write a decent amount of money on hockey.

“Hockey is more popular in Las Vegas now than it ever has been (because of the Golden Knights),” he said. “We’ve had twice as many tickets on the U.S. as on any other team.”

The U.S. was the minus 110 favorite to win the women’s hockey gold medal and Canada is even money at William Hill sports book. The Americans, who have won four straight world championships, claimed the inaugural women’s gold medal in 1998 but Canada has won the last four.

The countries were to meet in the gold-medal game later tonight.

Norway expected to win most golds

Besides hockey, the men’s and women’s snowboarding halfpipe events as of earlier this month had generated the most action so far at the Westgate, which is taking Olympic wagers to win up to $5,000.