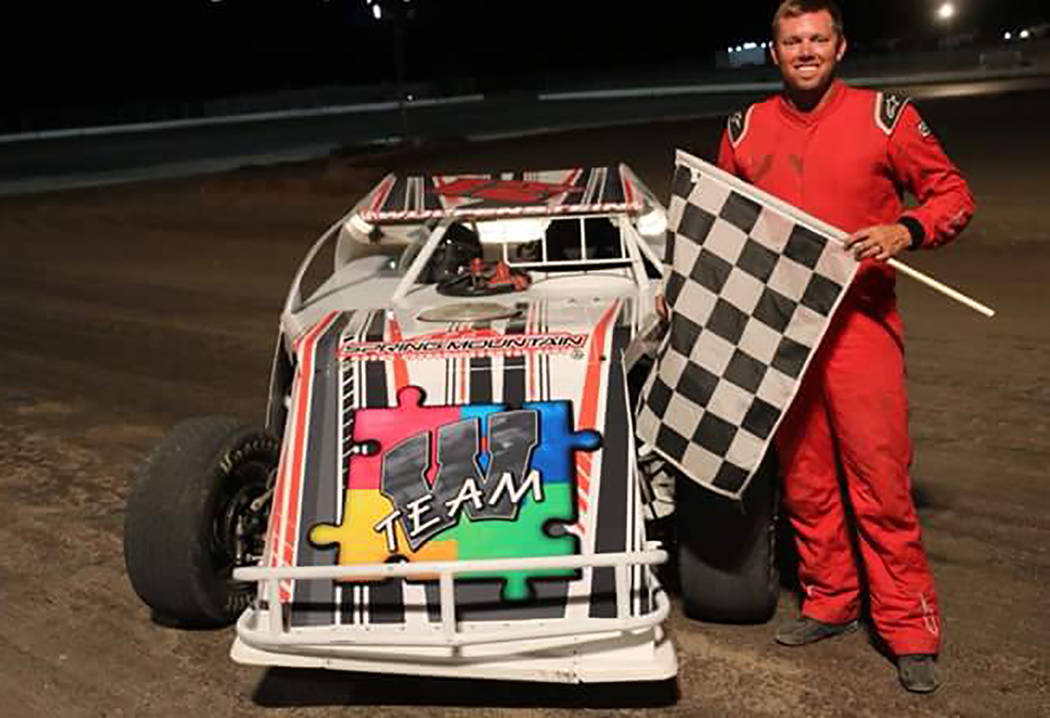 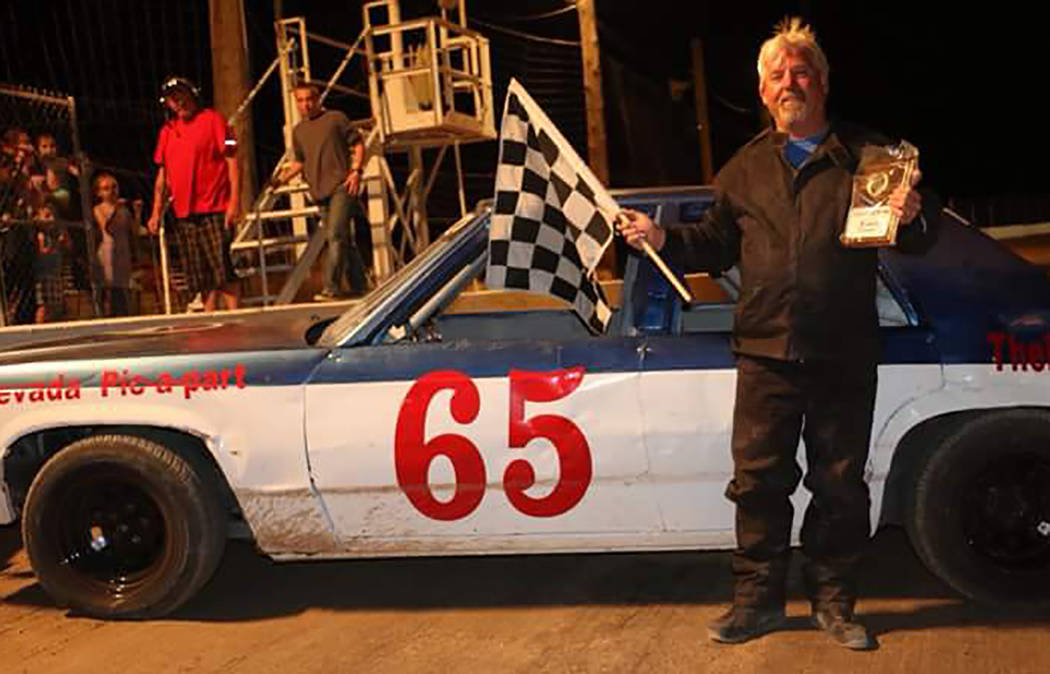 Gary Wyatt was determined to get back into Victory Lane.

Wyatt had been on a tough streak of late in the Bomber class. After what track announcer Robert Pearson said had been one of the best Bomber heat races ever at the speedway, Wyatt and his #VegasStrong No. 65 machine started inside of Row 2 for the feature.

After a fierce side-by-side four-car battle, Wyatt was able to take the lead late and never looked back for the win Saturday night at Pahrump Valley Speedway. Anthony Mann settled for second, followed by Arlie Daniel, Bobby Schumacher and Steve Dinerstein.

Another great race was put on by the Mini Stocks, as the 20-lap feature was a thrill for fans as Aiden Murphy and RJ Smotherman went side by side the entire race. Smotherman had taken the lead out of Turn 4 as the white flag flew and looked to be headed to Victory Lane once again, but he couldn’t navigate through the lapped traffic ahead in Turn 1. Aiden Murphy took advantage and drove away to the checkered flag.

Smotherman was able to hang on for second and, picking up her first podium finish of the season, Remington Nicosia finished third. Courtney Murphy, Sandra Kowal and Cory Davis rounded out the field.

In the Sport Mod feature, it looked as if Scott Brady was headed to another top finish as the white flag flew for him after dominating 19 of the 20 laps in the books.

On the last lap, however, Brady and his No. 53 machine came to an abrupt halt on the backstretch with a mechanical failure, ending his dominant run half a lap away from celebration.

Brady Gladd was able to narrowly avoid contact with the stalled car to pick up the feature win. Making the trip down from Ogden, Utah, Anthony Broadhead was able to squeak by to finish second. Nick Heilman, Joel Dean, Cory Little and Alex Murphy rounded out the field.