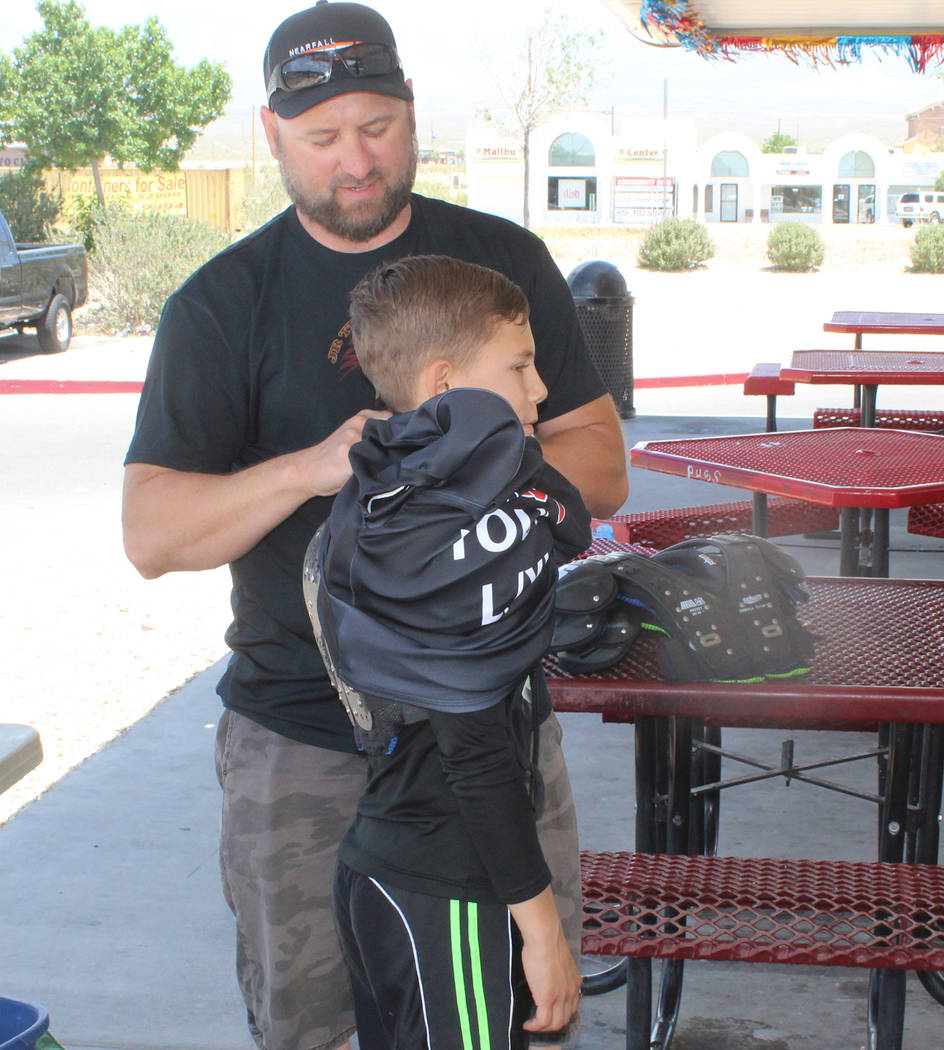 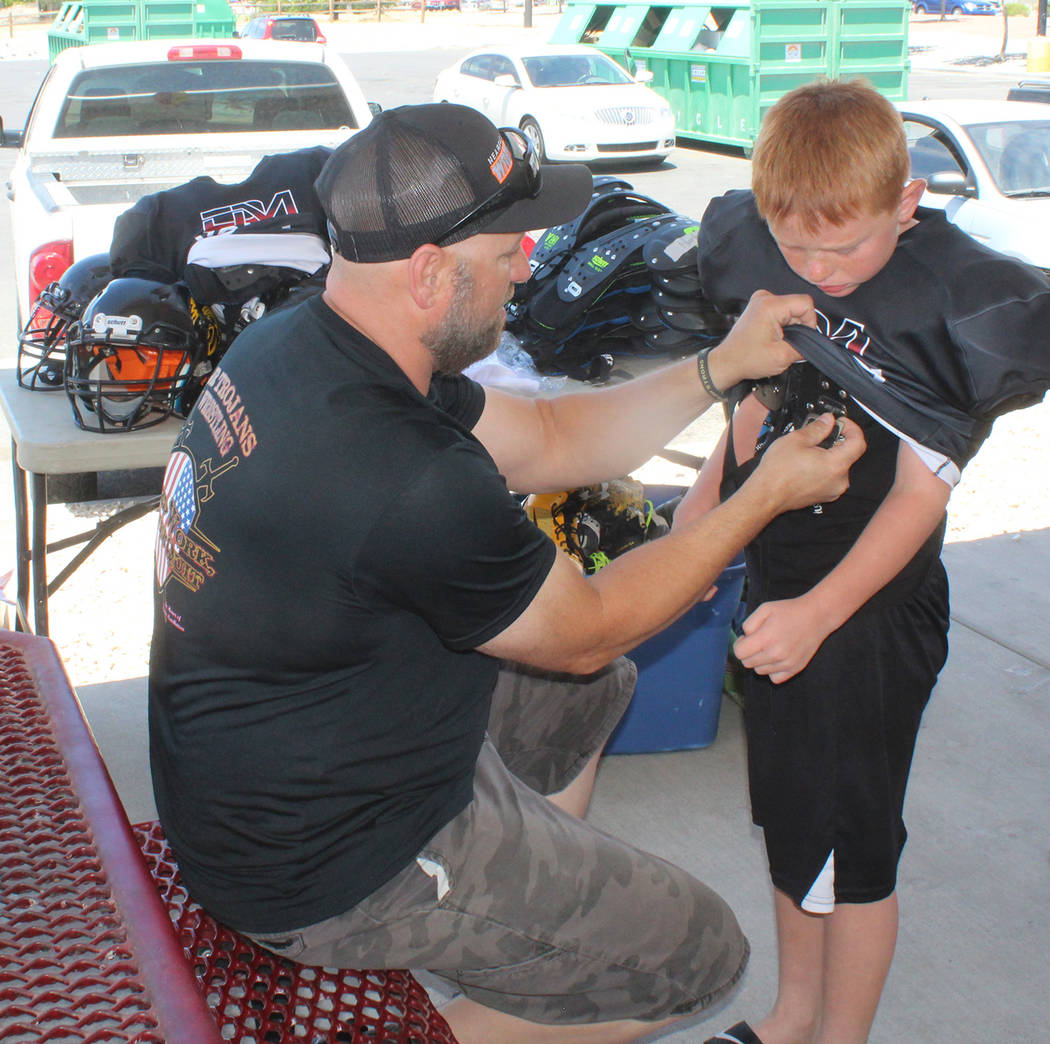 Ask Hayden Jones why he enjoys playing football, and he wastes little time coming up with an answer.

“I can push my brother to the ground,” the 9-year-old said with a huge grin.

Hayden and his twin brother, Hunter, were among those signing up with Pahrump Youth Sports on Saturday at the Sonic on Highway 160 to play football this season.

“I like tackling,” agreed Hunter, who is also in his second year of playing football and said he will play “wherever my coach puts me in.”

Contact is also what lured Austin Alvarez, who listed tackling and getting hit as his favorite parts of the game he has played since he was 8.

“I’ve played nose guard, running back, end and guard,” said the 10-year-old Alvarez, who said nose guard is his favorite position. “I get more sacks. It’s fun to see the ball go and just blast through the center.”

Alvarez said the games get tougher as he gets older.

“More players sign up on other teams and there are a lot more talented people,” he said.

Chance Brown has a simple reason for wanting to play football.

“It seems fun, baseball’s over and I’m bored,” said the 9-year-old, who wants to be a receiver.

“I know how to juke, and I know a right hook, a left hook, a bubble and a flagpost,” said Brown, who said his sister taught him the moves. “My brother taught her, and she’s teaching me now.”

Saturday was the first day of sign-ups, but there will be four more opportunities to register kids for flag football, tackle football and cheerleading.

“We have four tackle teams, and we’re going to try to have five different age groups for the flag teams,” said Johnny O’Neal, president of Pahrump Youth Sports. “We’ve never done that before, so we’ll see how the participation level goes.”

Participation has been strong in the past. Rules allow 30 players on a team, and O’Neal said they had to turn kids away last year. And that popularity is despite bad publicity in recent years about concussions from playing tackle football, something with which many parents are familiar.

“That’s why we’re opening up and trying to offer flag football for the same age groups,” said O’Neal, noting that flag teams with 10 kids per team range from kids six and under up to 14 and under. “Once parents don’t do this (let kids play football), they’re going to go play soccer or not play anything at all.

“Something else I’m trying to explain to parents is that with today’s game, it’s different than when we were kids. Our coaches have to be certified. You’re not going to go grab Joe and say, ‘Joe it’s time to put the martini down and go coach the kids.’ All of our coaches have to go through some training.”

And that includes something called Heads Up Football. USA Football says it has worked with those involved in medicine and sports around the country to create a program schools and leagues can use to address safety issues. Heads Up Football is now used by more than 7,000 youth and high school programs, according to USA Football.

“All our coaches are Heads Up certified, and all our kids have to learn to play that way,” O’Neal said.

Another aspect of safety is the equipment worn by the young players, and O’Neal spent several minutes with each registrant determining the proper fit of shoulder pads, jerseys, helmets and pants.

“I want the helmets to fit tight and snug, almost uncomfortably tight and snug,” O’Neal said. “If the shoulder pads are too big and too loose, it’s a false sense of security. There’s no protection there. When we’re doing the uniform, you don’t want it loose because it’s something for somebody to grab. And when we’re doing the pants, you definitely want the hips protected, and the kneecap.”

Safety is not cheap.

“The more expensive a helmet is, the safer it’s going to be,” O’Neal said. “They just put so much more into the design of that helmet. Our helmets, when we bought them in bulk, we got them down from $154 to $100.”