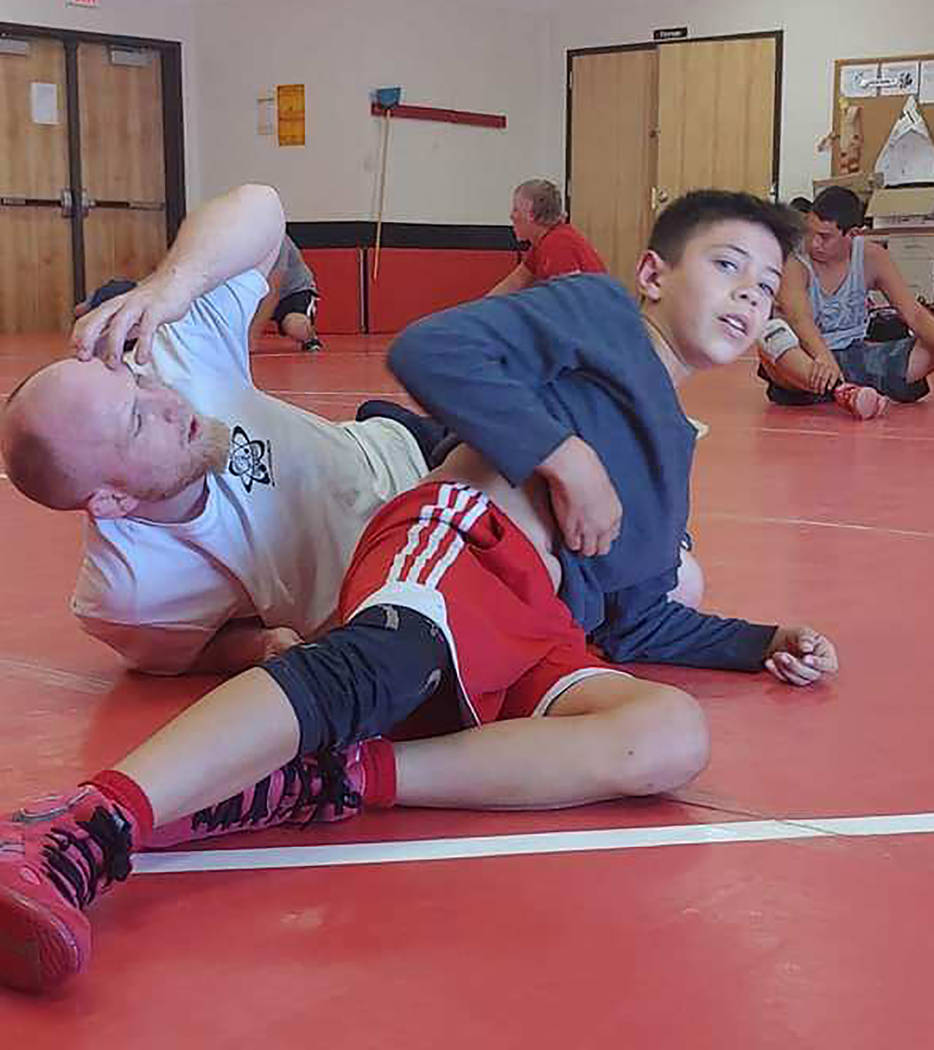 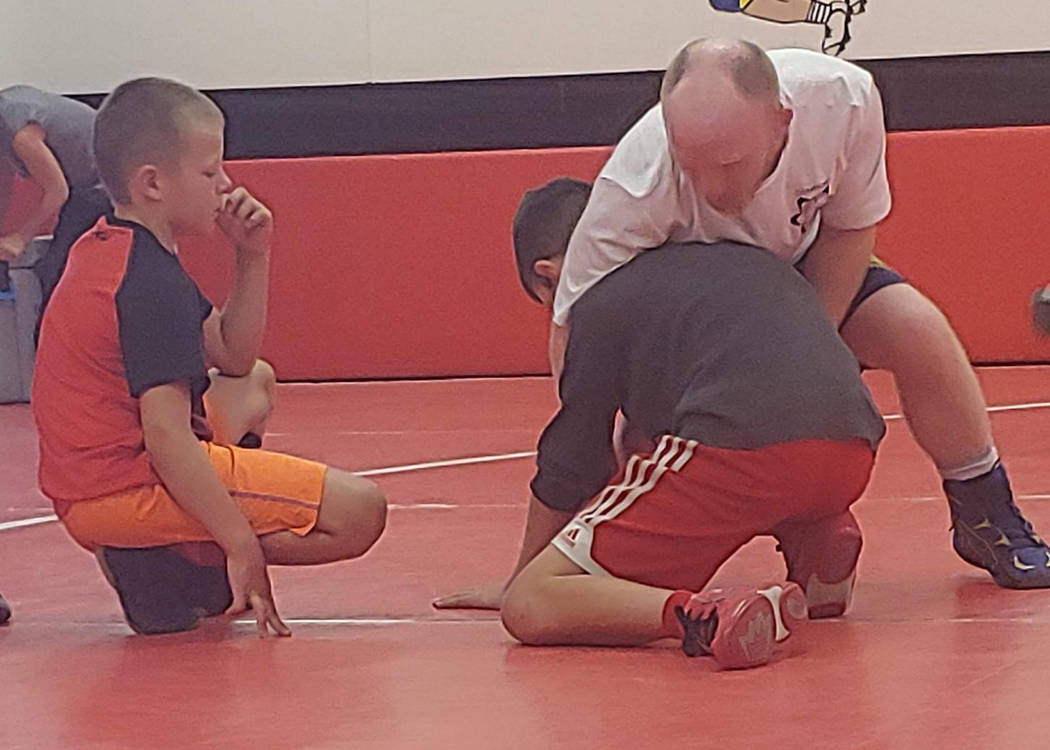 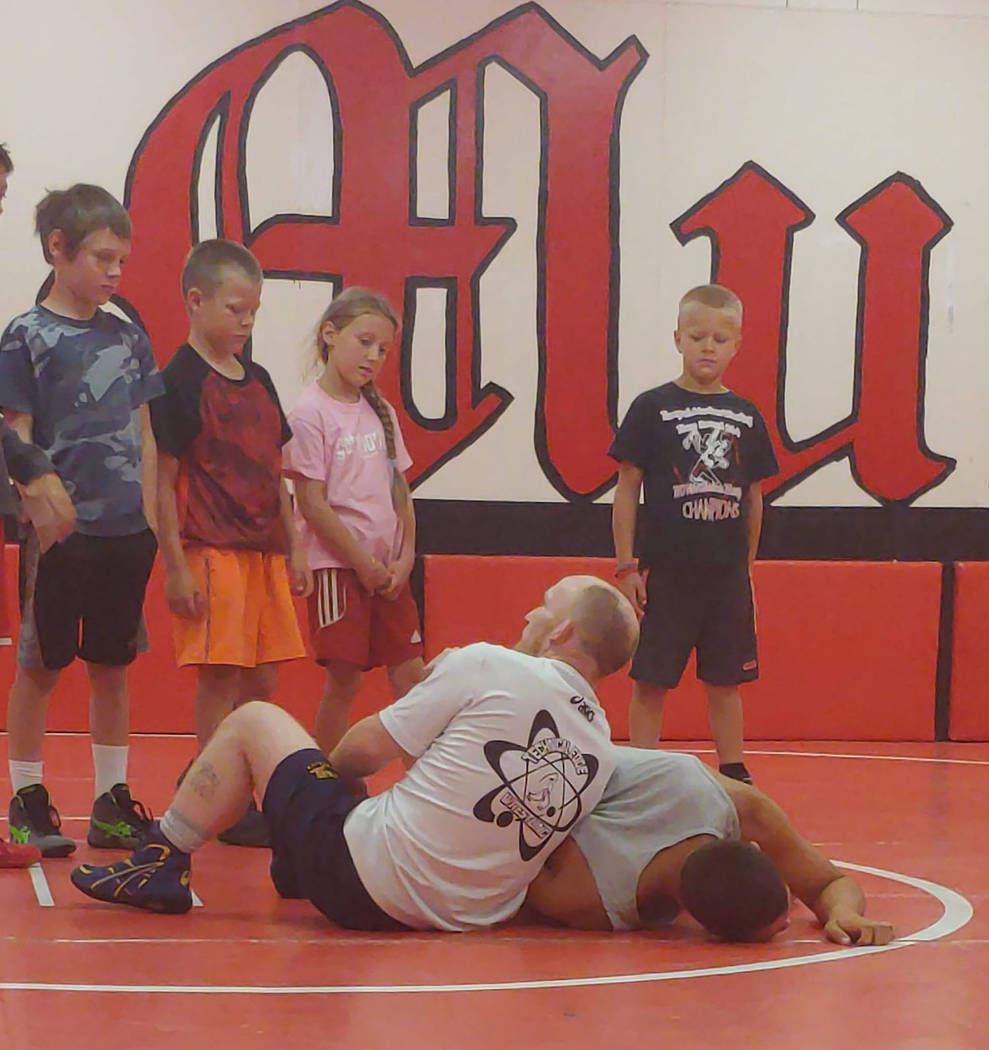 Duffy Otteson/Special to the Pahrump Valley Times T.J. Hill and Dillan Otteson demonstrate a wrestling move to younger wrestlers during a clinic at Tonopah High School. 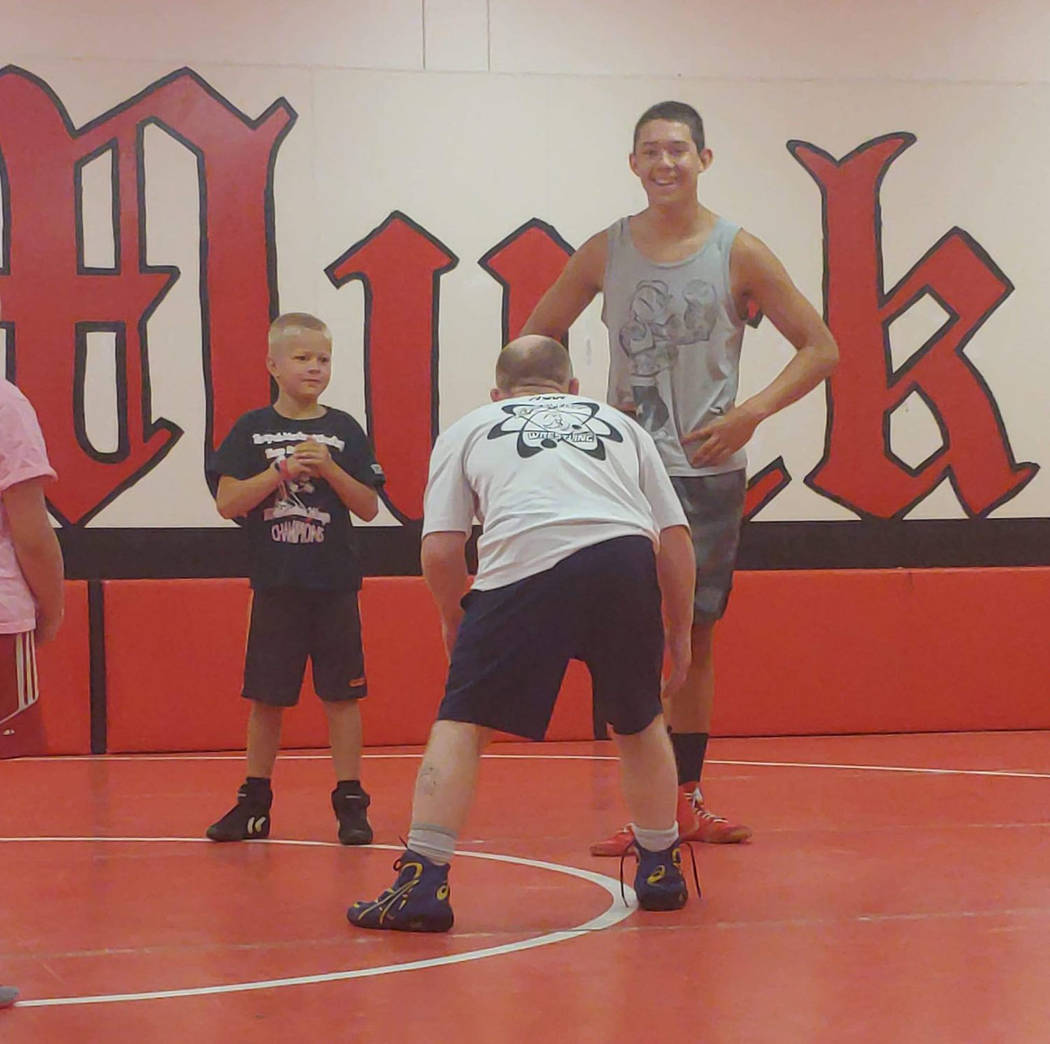 T.J. Hill is a well-known name in the wrestling world. From the time he was in high school, when he was a four-time Missouri state champion, until he was a junior world champion, Hill has known success.

Last week at Tonopah High School, Hill brought some of the knowledge and skills that led to 15 national championships and a silver medal at the Pan-American Games to a dozen kids aged 5 to 17.

Otteson has had Hill in town before, three summers ago when another Otteson, Tanner, was going into his senior season with the Muckers.

“Tanner’s senior year we had the same guy come to do a clinic,” Duffy Otteson recalled. “Other than that, it’s just been me and my kids, not any public ones.”

Tanner Otteson went on to win the Class 2A championship at 145 pounds. Perhaps hoping history would repeat itself, two high school wrestlers — Dillan Otteson and Damian Paice — were among the 12 who took part in the clinic.

Duffy Otteson said attendees of all ages were able to get something out of the time with Hill.

“The older kids got a lot of good things and picked up on things pretty well,” he said, noting none of the kids at the clinic were new to the sport. “The young kids learned a lot about stance and motion more than anything.”