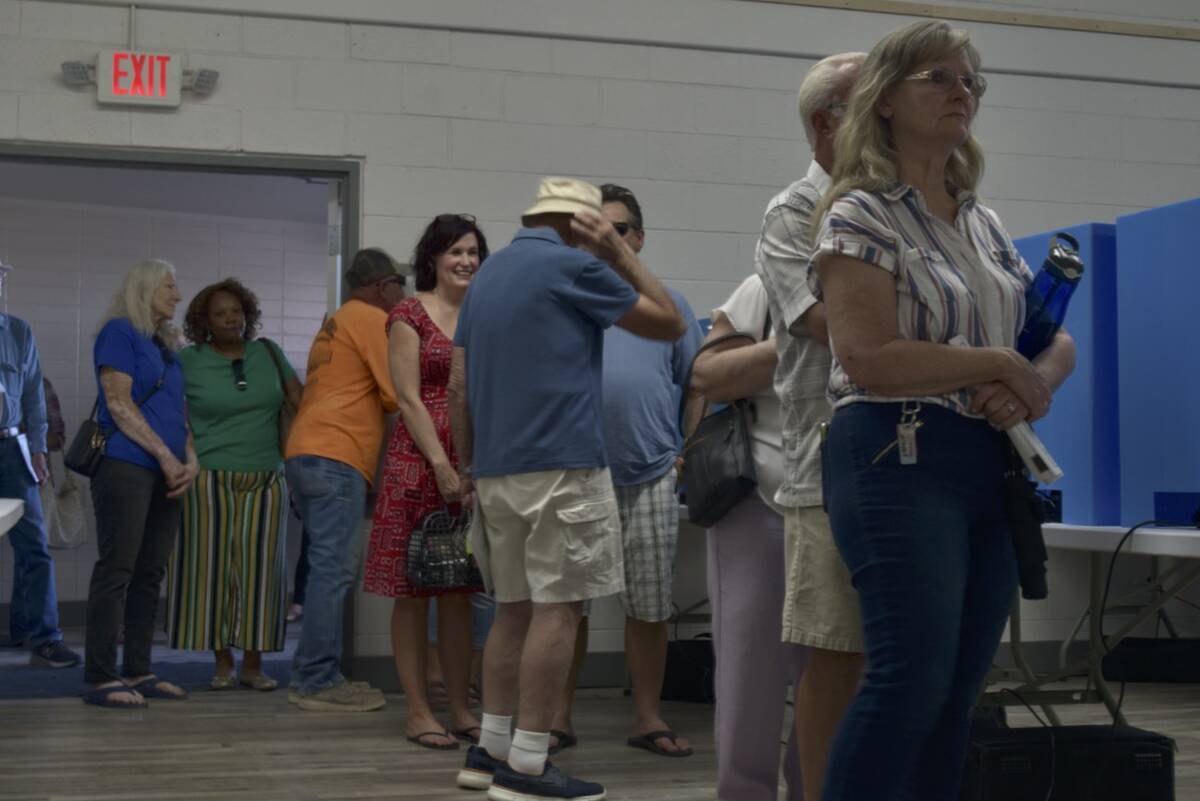 Voters in Pahrump's Bob Ruud Community Center in line to be next to cast their ballot in the 2022 primary election on Tuesday, June 14. (Jimmy Romo/Pahrump Valley Times) 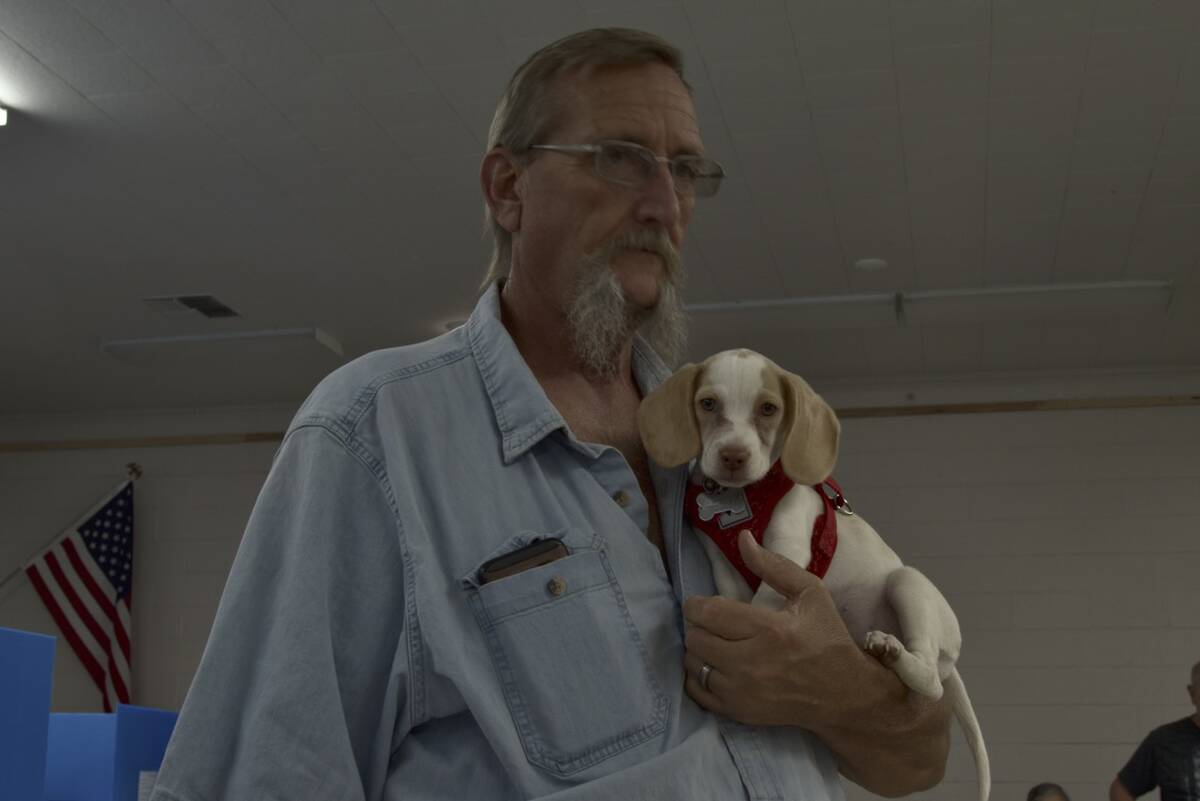 During Tuesday’s primary election, the Pahrump Valley Times got a tip that District 5 County Commissioner Debra Strickland’s name was omitted from the ballots of some voters.

Nye County Clerk Sandra Merlino said 11 ballots had the error because the voters had all moved at some point.

All the errors were accounted for, Merlino said, but six of those 11 voters had voted.

While it is unlikely to impact the results, Strickland criticized the mistake on Tuesday.

“I would have to say that it’s disappointing because everyone has lost faith in the voting system,” Strickland said. “… I’m sorry we’re having to go through this Nye County, it’s very disappointing.”

In Pahrump, voters took to the Bob Ruud Community Center on Tuesday to submit their ballots for local and state elections.

Marla and Mark Campbell both believe that voting is “extremely important.” They’re worried about the current climate of the country.

“Our country’s at stake,” Mark Campbell said. “Our freedoms, and our liberties are at stake.”

Heather Smith, from Pahrump, said she voted because she would like to “get those dirt bags out of here.”

Voter Beth Young said she made her voting decisions by talking to friends. She’s fairly new to the area and is not fully connected just yet.

“It’s important to be able to pick those that I want to represent us,” Octavio Garcia said in Spanish. “Everything that is local, I have my eye on it.”

He has read a lot about those who he voted for, especially in the Las Vegas Review-Journal.

“What we’re living is simply provoked. In a way the administration isn’t at its best, it starts at the top,” Garcia said in Spanish.

Voter Gonzolo Lopez felt that those at the state level did not care for those in rural parts of the state.

“Gov. Sisolak wasn’t exactly for the people,” Lopez said. “He didn’t care about us.”

Voters said that they made it out on primary election day for a number of reasons, but most said they had forgotten about early voting.