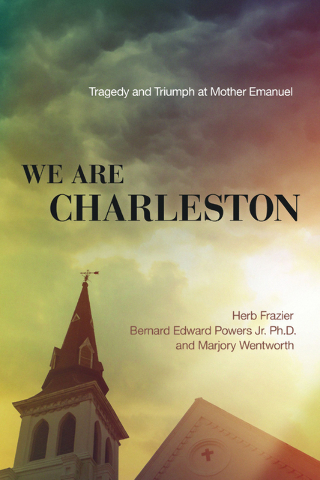 Finding comfort, peace and strength; the Word is what you crave

The Word is what you crave.

Its where you find your comfort, strength, the peace you need to get through the day. Reading it is like hearing Gods voice; studying it is feeling His power, and in the new book We Are Charleston by Herb Frazier, Bernard Edward Powers Jr., PhD, and Marjory Wentworth, knowing it could mean offering forgiveness.

There are, say the authors, two Charlestons in South Carolina. Tourists see lovely horse-drawn carriages, fine dining, and historic homes, but theres a flip-side Charleston, too: its where slavery began, where Jim Crow laws once ruled, and where racism is still an issue.

Wednesdays are Bible study nights at Mother Emanuel, although on June 17, 2015, that was pushed back a bit for a business meeting. By 8 oclock, however, a dozen of the most devout parishioners were ready for the Word of God.

Exactly sixteen minutes later, a skinny young white man entered the door and joined the group, sitting next to the churchs pastor; the young man was a stranger there, but they welcomed him just the same.

And after prayerful fellowship and Bible study, as eyes were closed and heads were bowed for a final benediction, he took out a gun and started shooting.

But why did Dylann Roof scream racial sentiments, reload his gun five times, and kill nine strangers in a house of God? The answer, say the authors, lies in the past, aboard slave ships, on wharfs where people were once sold, and on a flag.

It goes back some 200 years, to another time when that church was a target of hate. And yes, it lies in the story of a young man who purchased a weapon to kill human beings.

But surprisingly, what resulted from that night more than a year ago wasnt just a history lesson. It wasnt merely grief, either. What happened in the days after that night was forgiveness, over and over and over…

There is, of course, more to this story than just what happened in June 2015 in South Carolina – and thats where I struggled with We Are Charleston. Theres too much inside this book, and it veers too much off-course.

I see where the authors are trying to take readers: the books opening and ending are about the shooting and aftermath, while the middle part consists of African-American history and that of the AME church, with an attempt to tie them together. These subjects are very interesting, but the tie here is too broad and too deep; Id have been happier with two different books.

And yet, its easy to brush aside book gripes when presented with a powerful message like the one youll see; specifically, one of forgiveness, strength, and forward movement. That alone left me satisfied after all.

And so, cautiously, with caveats, I say read this book. Skim some parts if you must, but savor its end: We Are Charleston could be the words to remember.