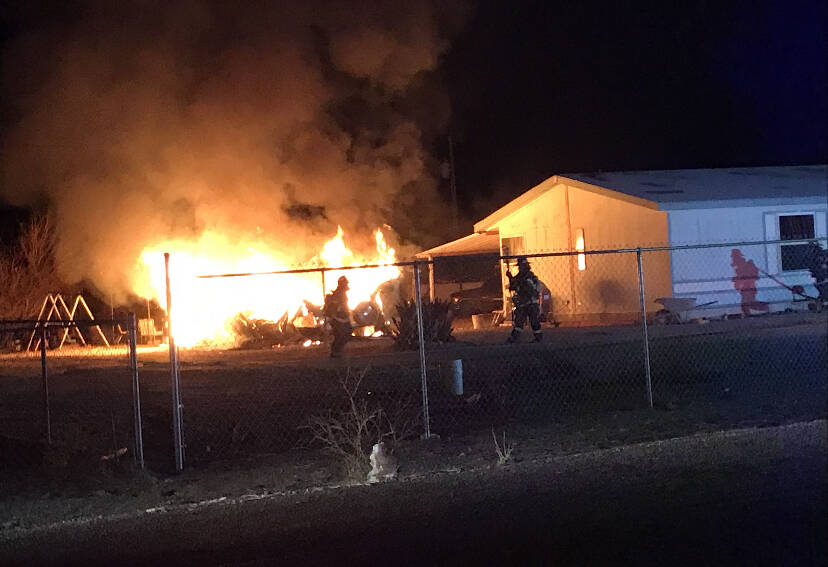 No injuries were reported after a fifth-wheel trailer caught fire about 7:34 p.m. Wednesday in the 4400 block of West Jasmine Street near Corbin Street in Pahrump, according to reports from first responders. A space heater is likely to blame. (Nye County Sheriff's Office)

No injuries were reported after a fifth-wheel trailer caught fire about 7:34 p.m. Wednesday in the 4400 block of West Jasmine Street near Corbin Street in Pahrump, according to reports from first responders.

Pahrump Valley Fire &Rescue Services Chief Scott Lewis said crews observed a large glow in the area as they were dispatched to the fire.

Once on the scene, Lewis said crews began to attack the fire that had engulfed the trailer. They also worked to protect other exposed areas, he said, and were able to control it quickly.

One person was reportedly living in the trailer and multiple people were residing in a nearby double-wide home on the property.

“It was determined that all occupants were out of both structures,” Lewis said.

A space heater is likely to blame for the fire, Lewis said, but an investigation is ongoing.