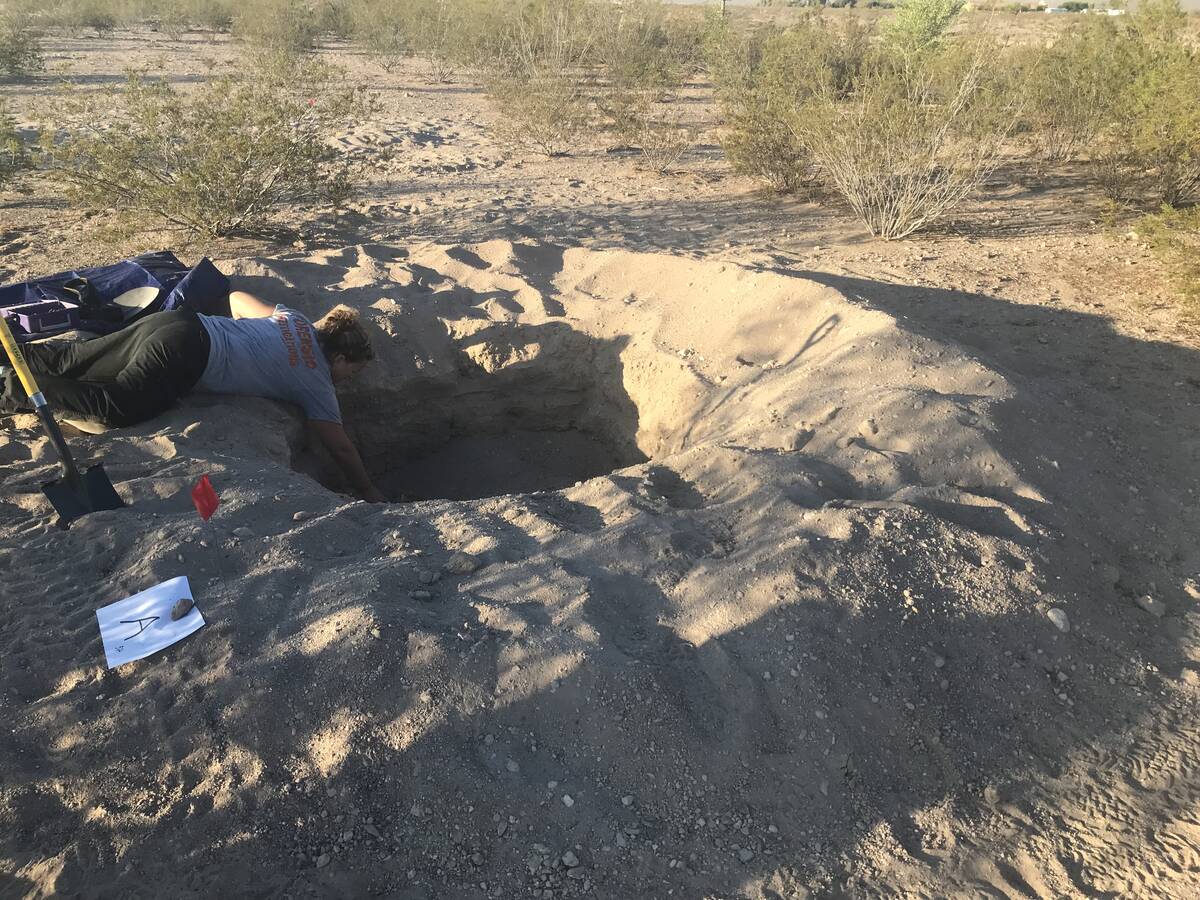 The bodies of several dogs were found buried in Amargosa Valley on Thursday, according to the Nye County Sheriff’s Office.

Investigators served a search warrant in Amargosa to excavate what was believed to be possible burial sites.

“During the excavation several bodies of dogs were found in various stages of decomposition,” NCSO said in a video posted on YouTube.

About 300 dogs were seized during an animal cruelty investigation, and Oskana Higgins and Vasili Platunov were arrested on Aug. 22 on suspicion of felony animal abuse and neglect. The sheriff’s office found that Higgins and Platunov kept dozens of dogs stored in a freezer.

Two days later, 25 animals were seized as part of a search warrant served on a Pahrump property.

A petition filed by the sheriff’s office Friday in Nye County District Court said Platunov was suspected of using the dogs for his K9 security business.

The investigation is ongoing and no further information was available.

A judge is giving Higgins and Platunov until next week to respond to the growing criminal complaints against them.

The pair runs a kennel business in Nye County and have a history of having animals in poor conditions seized from their possession.

The pair was forced to move their operations from Pahrump to Amargosa Valley more than a year ago following a four-year battle with local officials and neighbors who complained about the excessive number of dogs they kept on a 2.3-acre plot on Camelia Street in Pahrump. While initially permitted to care for 30 dogs there, the two were found to be maintaining up to 150 dogs on their property in early 2020.

At least 281 dogs were seized from their possession in the latest raid and Nye County officials reported that they had relocated all of the dogs seized from the Amargosa Valley kennel and another site in Pahrump to the county’s new shelter by last Wednesday.

ASPCA animal rescue workers, animal control officers, county inmates and a number of volunteers worked for more than a week to care for the dogs and transport them to the county’s new animal shelter on Siri Lane.

The Nye County Sheriff’s Office and Tails of Nye County Inc. — a nonprofit animal rescue group partnering with the local shelter — have organized a GoFundMe to help benefit the dogs. By Tuesday, it had raised more than$58,000 toward its $75,000 goal. The money raised will go to kennels, food and supplies for the dogs.