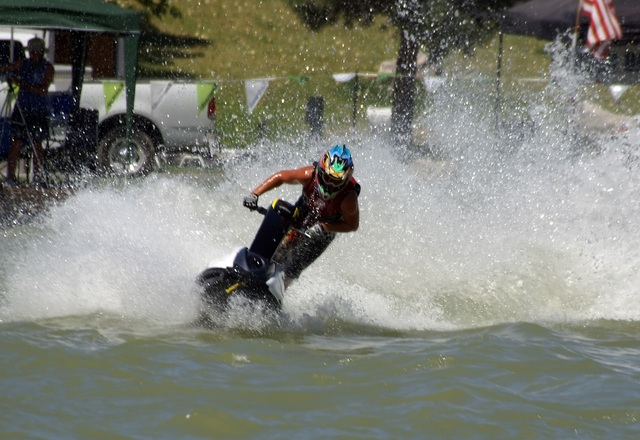 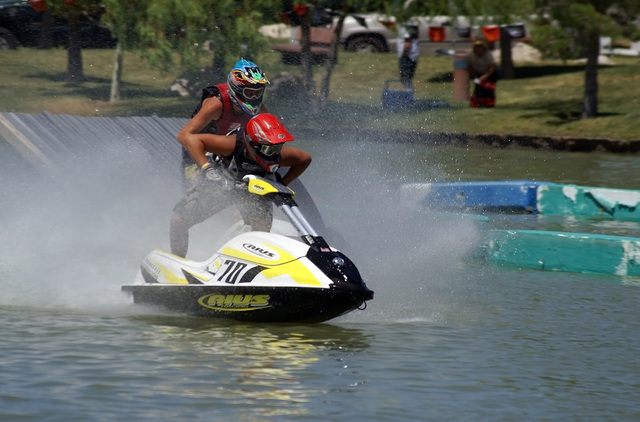 Gregg Matta, the organizer of the event, said this year people will see more jet skis.

We have close to 60 jet skis this year, he said.

Matta brought this event back to Lakeside last year after a nine-year absence. Last years event was a success so its back again this year.

Matta decided last year he would add music to the event. This year is no different.

I wanted this to be a sports/music festival, so this year we will have five top DJs from the strip performing, he said.

According to Matta, he brought the first jet ski races to Lakeside in 2007, but after that year the economy kept the jet ski racers from returning to Pahrump.

Matta was a top professional racer in the sport in 2007.

I was at the top in the sport for sit-down racing and now I am into stand-up racing. In my last race, I took fifth.