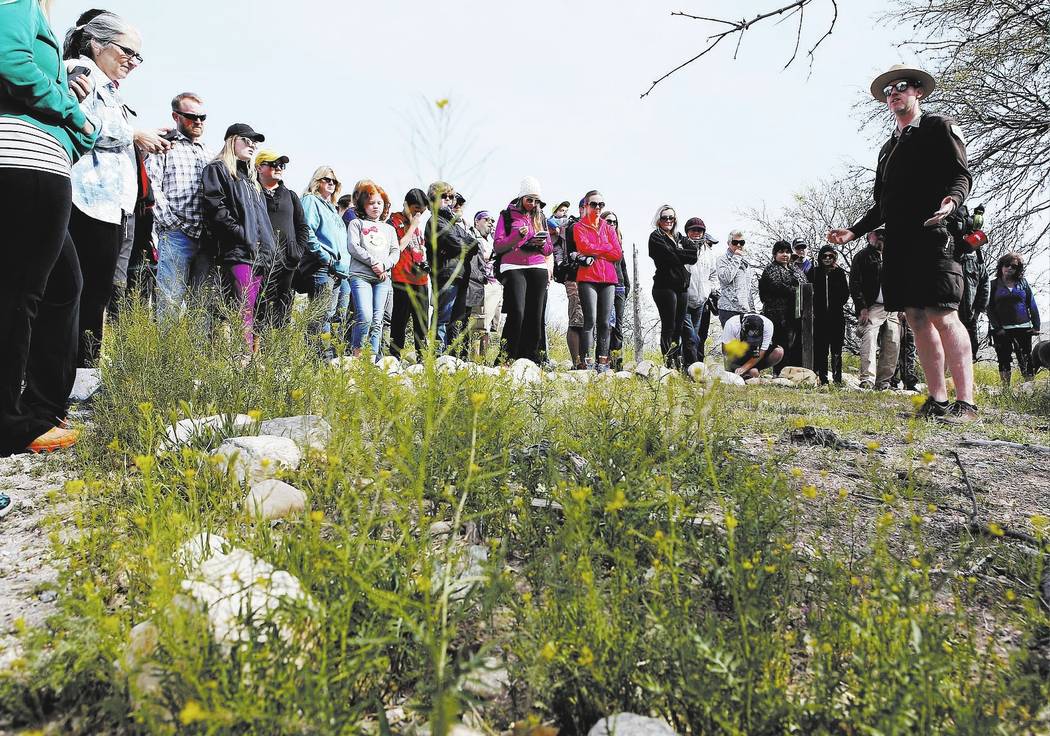 Christian K. Lee Las Vegas Review-Journal Park Interpreter David Low, right, shows visitors wild radish on a hiking tour that he is leading at the Spring Mountain Ranch State Park on Sunday, April 9, 2017, in Blue Diamond, Nevada. Low explains that the plant is invasive and is not native to the area.

CARSON CITY — Nevada fifth-graders would get a free pass to state parks, and the parks would get more dollars for maintenance, under two bills unanimously supported by the Senate Committee on Natural Resources.

Assembly Bill 385, called the “Kids and Parks” bill, is sponsored by Assemblyman Steve Yeager, D-Las Vegas. He told committee members the goal is to give young people an opportunity to become accustomed to parks to enjoy the outdoors and “get them outside and more active.”

The proposal mirrors and piggybacks on a federal program called “Every Kid in a Park” that offers fourth-graders free passes to national parks.

“For that program, students apply for a pass online and print it and take it to the park with them,” he said.

“My desire here was to establish a similar program in our state and let the students who’ve had that privilege in fourth grade roll right into fifth grade and then visit our state parks for free.”

The program would be administered by the Division of State Parks, and discussions have focused on getting school districts to hand out passes to all fifth-graders.

A pass would also entitle anyone in the vehicle with them to free admission. A pass would not cover fees for camping, boating or special events.

AB385 was unanimously approved earlier by the Assembly. Support by the Senate committee April 27 sends it to the Senate floor.

The Senate committee also passed Assembly Bill 490, which would authorize the Division of State Parks to tap more money from a special account for park maintenance.

The bill would authorize the division to spend up to $2 million each biennium in principal, interest and income for deferred maintenance needs. It now heads for a vote on the Senate floor.