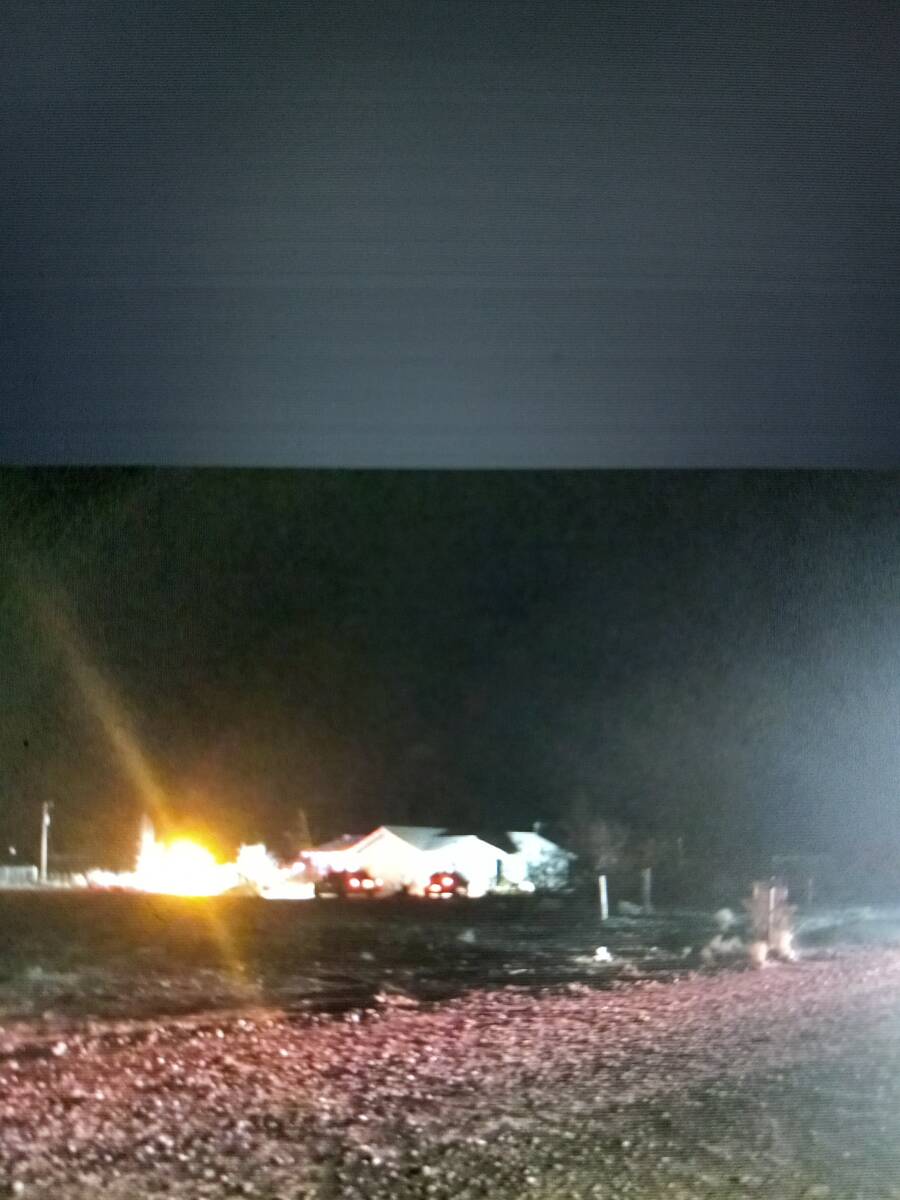 Nye County deputies and detectives responded to a report of a shooting at a residence along the 6100 block of East Kellogg Road at approximately 9:42 p.m. on Thursday.

Initial reports indicate a man shot a suspected intruder inside his home.

Pahrump Valley Fire and Rescue Crews transported the injured suspect to the Mercy Air Base on Calvada Boulevard where he was subsequently flown to UMC Trauma.

His condition is unknown at present.

Nye County Sheriff’s Office Auxiliary crews were forced to shut down the intersection of Kellogg and Hafen Ranch roads to traffic as deputies initiated the investigation.

Check for updates on the shooting as soon as they become available.