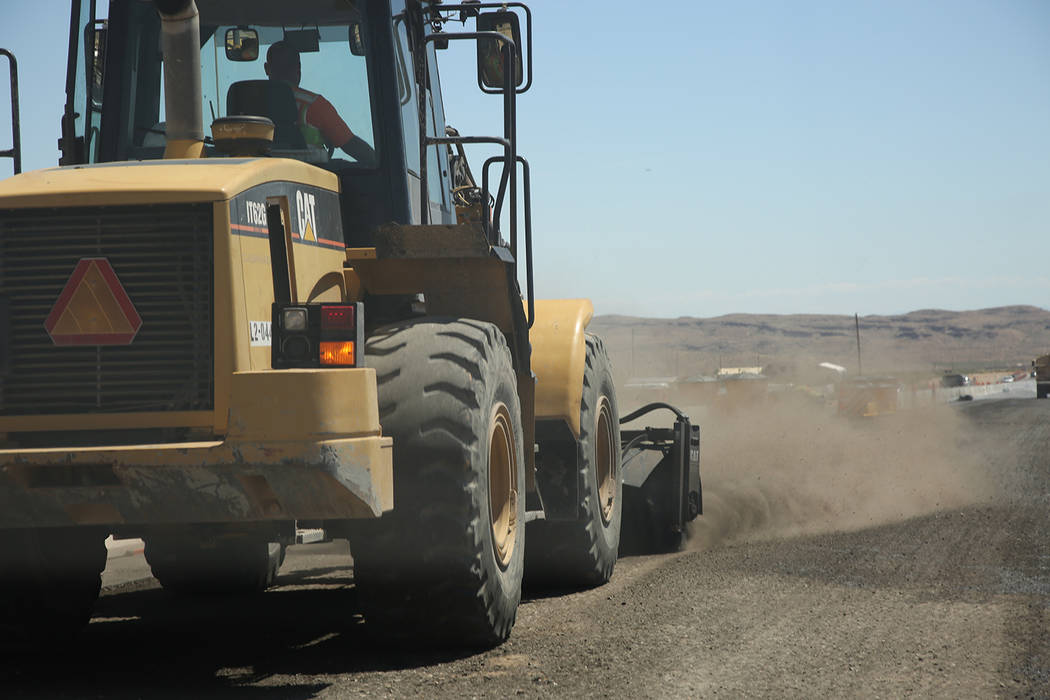 Special to the Pahrump Valley Times The Nevada Department of Transportation completed the $16.5-million widening project on State Route 160 in Southwest Clark County on Tuesday night, officials announced in a news release. The project started in February 2016 and was completed slightly ahead of schedule, officials said. 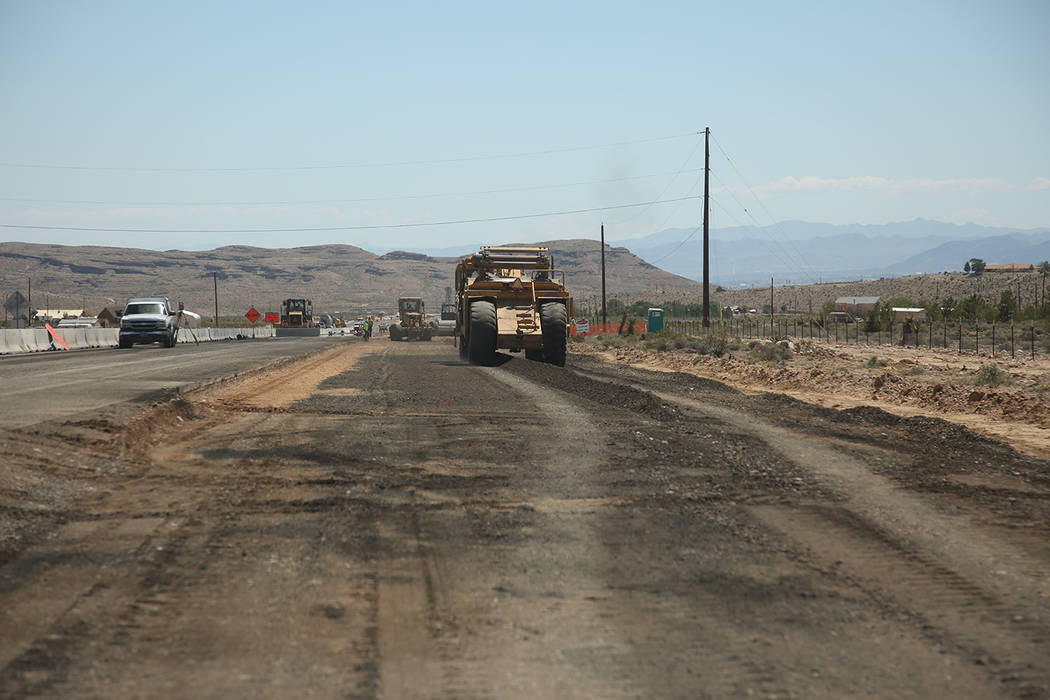 Special to the Pahrump Valley Times/Tony Illia, NDOT's spokesman, said the 5-mile widening project will provide better conditions for a commute between Las Vegas and Pahrump. The NDOT expanded the highway from two to four lanes between Red Rock Canyon Road and mile marker 17 and added several safety features. 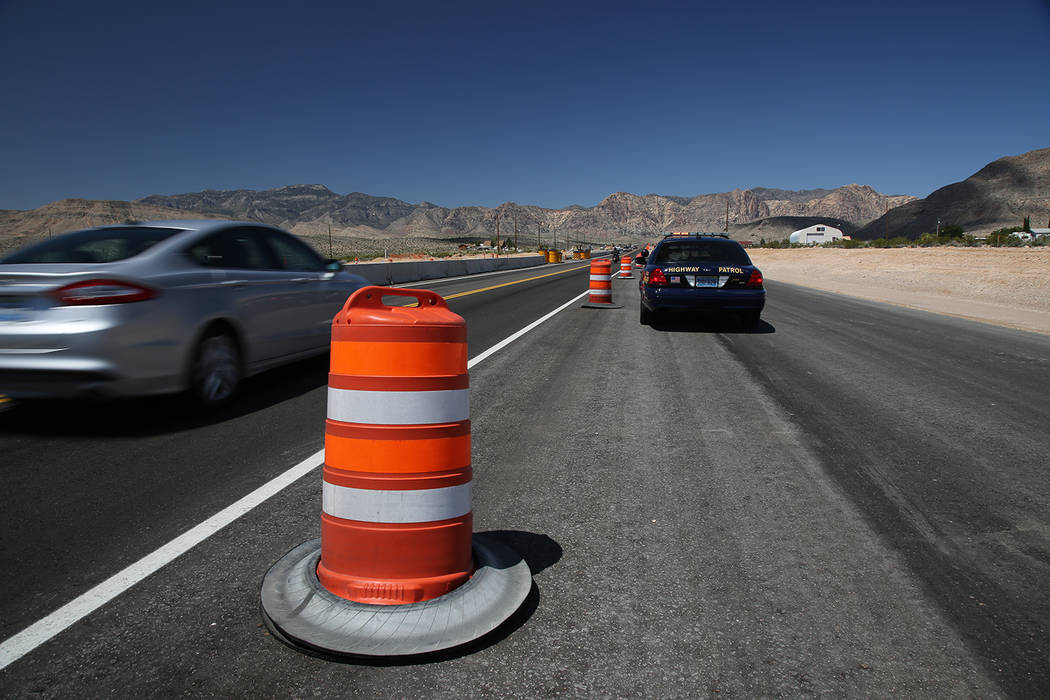 Special to the Pahrump Valley Times he improvements to the five-mile stretch of State Route 160 included flattened side slope shoulders for safer vehicle turnouts, new drainage pipe and tortoise fencing, according to the press release. Other upgrades included barrier and

The Nevada Department of Transportation completed the $16.5-million widening project on Nevada Highway 160 in southwest Clark County on Tuesday night, officials announced in a news release.

“State Route 160 is a crucial link between Las Vegas and Pahrump,” Illia said. “This project creates a partially-divided asphalt highway with a passing lane, significantly enhancing safety and mobility.”

The project started in February 2016 and was completed slightly ahead of schedule. It expanded the highway from two to four lanes between Red Rock Canyon Road and mile marker 17.

Illia said the traffic varies greatly, depending upon the time, day and section of Highway 160, however, it averages roughly 42,000 vehicles daily.

“Increased travel and rapid development along the highway has facilitated the need for greater capacity as well as safety enhancements for improved mobility and reliability,” Illia said.

The improvements to Highway 160 included flattened side slope shoulders for safer vehicle turnouts, new drainage pipe and tortoise fencing, according to the news release. Other upgrades included barrier and guardrails and hydro-seeding of 38 acres.

NDOT also plans to widen another six-mile stretch of Highway 160 from mile marker 16.3 to mile marker 22 from two to four lanes in Clark County in early 2018, Illia said.

Plans call for a raised median barrier, bicycle lanes and flattened side slopes for safe turnouts as well as new signage and improved intersection lighting, Illia said. Other proposed enhancements entail frontage roads for Mountain Springs, an emergency signal at the Volunteer Fire Station, and a wildlife undercrossing near mile marker 18.4.

NDOT is also working on several other projects in Nye County.

The agency is currently finishing striping on a $3.49-million widening of Highway 160 between Rainbow Avenue and Calvada Boulevard in Pahrump. The project expanded a heavily-traveled 1.75-mile stretch of highway from two to four travel lanes and added a center turn lane and flattened side slope shoulders in several areas.

In addition, the agency is currently undertaking $8.7 million in highway improvements in Nye County, Illia said.

“Plans call for 14 miles of mill-and-overlay along State Route 160 from East Basin Avenue to just north of Bell Vista Avenue in Pahrump,” he said.

Mill-and-overlay is a street maintenance technique where a large machine grinds away deteriorated layers of pavement and then replaces it with a new asphalt for a rejuvenated driving surface, Illia said.

Other improvements include storm pipe drainage, hydro-seeding and flattened roadside shoulders for safer turnouts in some areas, Illia said.

Two flashing arrow signs powered by solar panels are being added to Johnnie Curve in addition to a high-friction surface to prevent skidding.

The turn pocket at U.S. Highway 95 and Highway 160 is being widened and lengthened for a safer highway-to-highway connection. Construction began March 6 and is anticipated to be completed in November 2017.