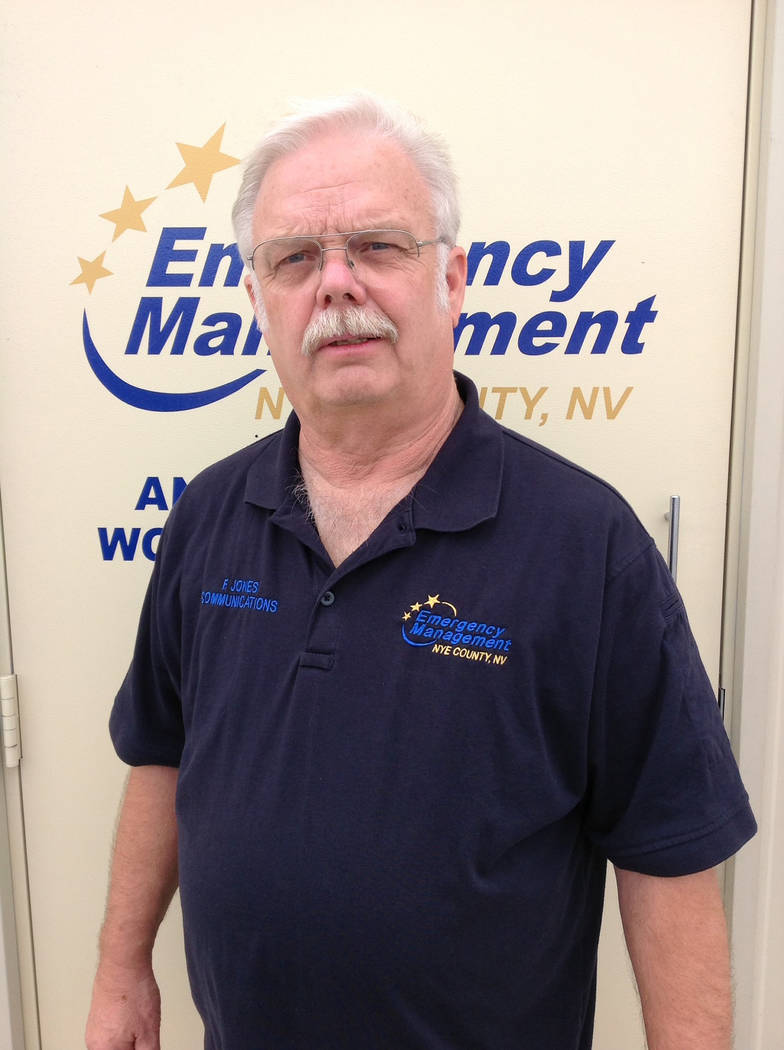 Photo provided by Nye County Fred Jones had served the people of Nye County since 2004. He died unexpectedly this past Saturday.

Fred Jones had served the people of Nye County since 2004, county Emergency Management Director Vance Payne said in a statement.

Jones was a retired police officer from Anchorage, Alaska and also was a longtime ham radio operator.

“Through the Anchorage Police Department, Fred had become the department’s mobile communications coordinator, an acclaimed dignitary/executive protection driving instructor, and was a decorated survivor of multiple violent encounters, which included an off-duty gunfight with bank robbers and a large animal encounter while guarding an Easter egg hunt in a city park,” Payne said.

Jones had participated in the department’s Explorer program for many years.

“He provided leadership and mentoring to many young men and women who used that exposure to enter law enforcement,” Payne said.

“Fred was known for his kindness, willingness to help, his love of animals, his broad skill sets, his loyalty to friends, and his quick-witted humor,” Payne said. “Fred Jones brought ideas and expertise that have improved the lives of the people of Nye County through his dedicated work.”

Jones is survived by wife Joni, a sister and many friends.

“Joni brought much love and value to Fred’s life and he to hers,” Payne said. “Fred leaves an enormous void in our earthly life, but our hearts and minds will rejoice in the memories he gave us.”