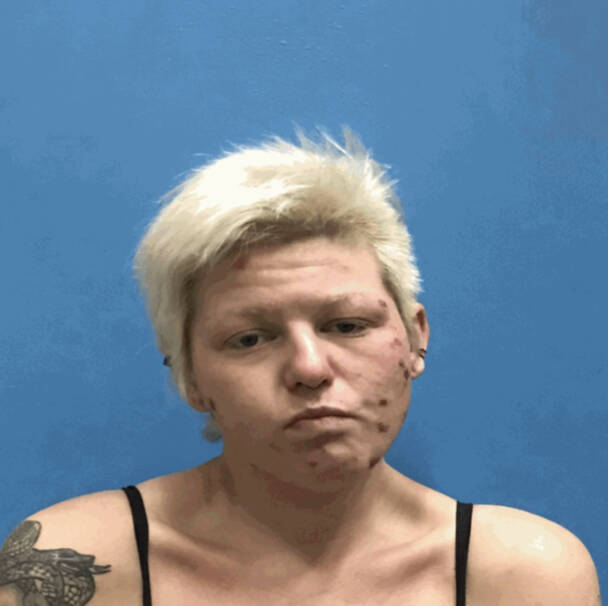 A Pahrump woman is charged with battery after deputies say she struck her mom over the head with a frying pan.

At about 3:48 p.m. on Tuesday, June 21, Nye County Sheriff’s Office deputies were dispatched to an apartment on Grandlodge Street in Pahrump following reports of a domestic disturbance there.

Deputies say they found Tiffani Kellar hiding and barricaded in an outside closet at the back of the residence.

“Once I was able to open the door, I asked Ms. Kellar what happened,” the deputy wrote in his report. “She stated that she believed her mom went through her belongings while she was in the shower.”

The mom told the deputy she was sleeping in her room when Kellar walked in and confronted her for “taking her heroin,” according to the arrest report. Kellar left briefly but came back later with the frying pan, she said.

The deputy noted that there had appeared to be a struggle – several items in the apartment had been “tossed around,” he wrote in his report.

A frying pan was found next to a door that had been dented, according to the deputy’s report, and the mom had a small bump on the left side of her head consistent with her claims.

Kellar was booked in the Nye County Detention Center on a $3,000 bond.