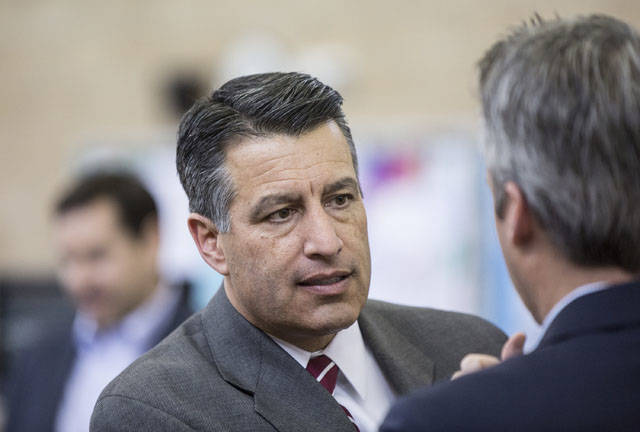 File photo/Special to the Pahrump Valley Times Gov. Brian Sandoval’s announcement on Wednesday came after U.S. Secretary of Energy Rick Perry made a surprise visit to Yucca Mountain on Monday. The visit drew scorn from the Nevada officials as they reiterated the state’s opposition to the proposed nuclear waste storage in Nye County. 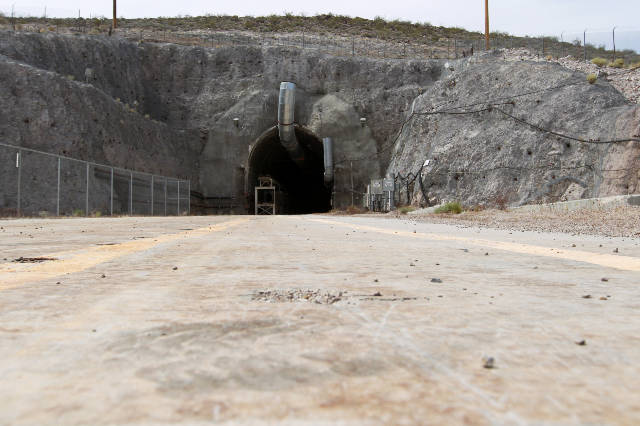 Sandoval’s announcement on Wednesday came after U.S. Secretary of Energy Rick Perry made a surprise visit to Yucca Mountain on Monday. The visit drew scorn from the Nevada officials as they reiterated the state’s opposition to the proposed nuclear waste storage in Nye County.

Following his discussion with Perry, Sandoval said he convened a meeting with executive director of the Nevada Agency for Nuclear Projects Robert Halstead to discuss immediate actions that Nevada should take to continue it’s ongoing and fight against the potential storage of high-level nuclear waste at Yucca Mountain.

“More than a decade ago, when I served as Nevada’s attorney general, I litigated this issue and I feel as strongly today as I did then that Yucca Mountain is incapable of safe storage of the world’s most toxic substance,” Sandoval said in a news release.

“Nevada will oppose any federal government effort to dump nuclear waste here that will threaten our health and economy for centuries to come,” he said. “We will leave no stone unturned as we pursue all viable options to defeat this ill-conceived project, including litigation.”

Nye County Commission Chair Dan Schinhofen said that Nye County officials were not aware of Perry’s visit ahead of time.

“I am happy that Gov. Perry came to see the remote site for himself and we look forward to having the licensing continue so that all the questions about safety can be answered,” Schinhofen said in an email. “It is too bad that the state officials are preferring political science over nuclear science. Nye County stands for the rule of law and for the process to be followed so that we can all hear the science collected over the past 30 years.”

The White House most recently allocated $120 million in its 2018 fiscal budget for the U.S. Department of Energy to restart the Yucca Mountain licensing proceeding.

Sandoval said that beyond the courtroom, he will continue to “press” the Trump administration to re-assess its actions to resurrect the stalled project.

Sandoval meanwhile praised the Nuclear Regulatory Commission’s work with Texas, as it recently accepted a private sector application for a high-level waste storage site in Andrews County on the Texas-New Mexico border for a review.

“In the wake of such developments, continuing to spend taxpayer money on Yucca Mountain is ill-advised,” Sandoval said.

“Storing high-level nuclear waste at Yucca Mountain is a poor choice for so many reasons, including the site location which is 85 miles from downtown Las Vegas, the entertainment capital of the world, and proposed transportation corridors which would bring this waste directly through the heart of one of the fastest growing counties in the nation,” he said.

He also said the proposed site is comprised of fractured rock that is located on top of a fault line that sits above the aquifer, which makes the proposed location unsafe.

“We will continue to fight against storing high-level nuclear waste at Yucca Mountain, and Nevada, its families, cities, small businesses, major industries, and most major stakeholders will continue to remain steadfast in our opposition,” Sandoval said.