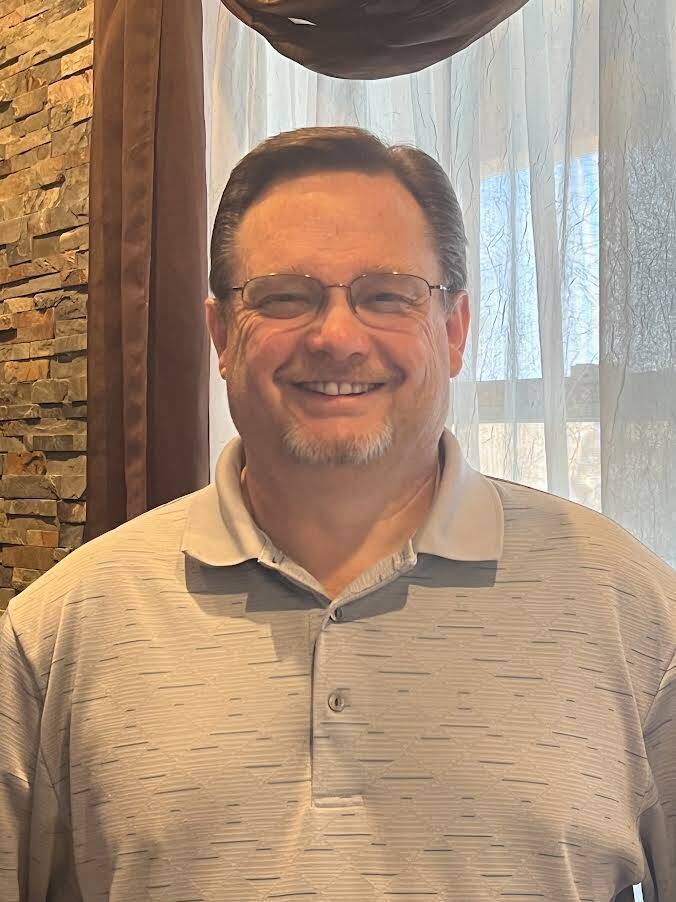 Special to the Pahrump Valley Times Tim Wombaker will assume a new role with the Nye County School District.

For Tim Wombaker, retiring principal of Rosemary Clarke Middle School, his post-work plans will at least have to wait another year.

“My retirement was short-lived,” Wombaker said, “I ‘retired’ from RCMS only, and the district approached me with a need and I thought I could help.”

How long was his retirement?

So Wombaker’s official retirement is on hold — for now.

Wombaker, who served as principal at RCMS for the last 11 years, wore many hats as an educator — everything from a fifth-grade teacher, to athletic director and coach to an administrator.

Wombaker has been with the district since 2000, and never could stay still.

He declined to detail what his new role within the district will be, but it will begin next year.

While being a principal is rewarding, Wombaker’s most memorable times came in the classroom, where he was able to form those long-lasting connections and relationships with students.

“I wanted to create a room where they felt safe and enjoyed learning,” said Wombaker.

He took that approach with him when he became an administrator.

“I wanted to be the leader of a school that was safe, challenging, educationally inviting and fun,” said Wombaker.

According to Wombaker, the trick is to make school interesting.

“If they find it interesting, they will come to school,” said Wombaker.

Being an administrator for a middle school was no easy task, either.

For Wombaker, the middle school years are the toughest. That’s when kids are trying to find their way, decide who their friends are that week and who they’re going to date next.

Social media drama, sneaking cell phones and smoking vape pens are just some of the problems that accompany a teacher or administrator in middle school.

This year was especially difficult when Mr. Wombaker’s replacement, Erin Jerabek, went on maternity leave — leaving Wombaker and only one other assistant in charge of more than 990 kids and 100 staff.

Wombaker and staff navigated their way through it, however, and to the conclusion of another successful year.

But Wombaker’s administrative philosophy made things easier. He wanted to provide an atmosphere that was safe, challenging and fun so learning would be enjoyable.

“My goal was to create a classroom or school my own kids would want to attend, and I did that at Mt. Charleston [elementary school] and RCMS,” said Wombaker.

Wombaker had some great teachers growing up. He took what he loved about his teachers and implemented much of that into his own style.

“Kids need to place value in what they are being taught and make a true effort to do their best,” said Wombaker.

Mentors to Mr. Wombaker were Mr. Page and Mr. Eason. They are the two who helped start his career and stand out.

“They stood by what they believed was best for kids and fought for that, which I emulate,” said Wombaker.

His advice for anyone without 30 years of experience?

“Laugh daily, be consistent, stay true to your morals, and be passionate about the job you are tasked to do,” said Wombaker.

Patrick Billings is a freelance writer in Pahrump.