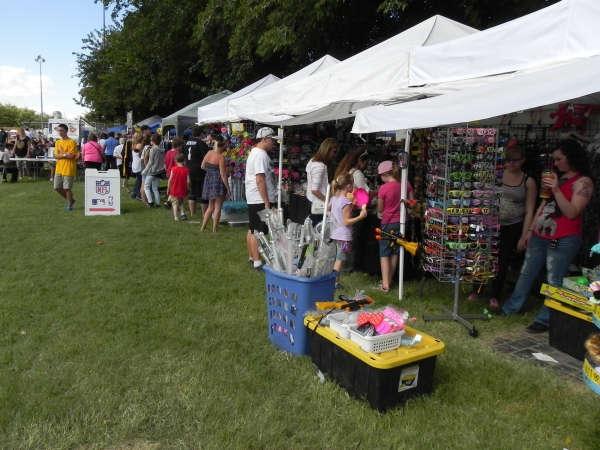 The Town of Pahrump was assigned nearly all of the grant match funds they requested last month.

At the County Commissioners’ meeting July 21, Town of Pahrump tourism director Arlette Ledbetter told the board that $29,000 of the $30,000 match funds they applied for with Travel Nevada, formerly the Nevada Commission on Tourism, were granted.

Ledbetter explained it was a big deal as it will keep their efforts going in the right direction.

“We are very appreciative,” Ledbetter said. “We love partnering with Travel Nevada. We have an excellent working relationship with the state of Nevada. We greatly appreciate their consideration in all these grants.”

The total projected cost for projects planned by the tourism board is $385,000, with $145,000 of that being used to buy media placements in regional markets. The additional funds are generated from the hotel room tax in town.

Working with them on their media buying plan is the Las Vegas-based BRAINtrust Marketing. Since partnering up with the firm just over a year ago Ledbetter said they have been trending in a positive direction.

“We consistently run 15 percent plus up in hits,” she said. “It’s been consistent month over month. They’ve done a fabulous job. They’ve done outstanding work for us, establishing us in the regional marketplace.”

July was a productive month for the tourism, as their main focus was to continue promoting Pahrump by highlighting some of the major events in town, including the Liberty Festival and the different outdoor concerts at Sanders Winery.

Ledbetter said that their efforts garnered 33 media placements that were valued over $100,000 with almost 200 million impressions.

One of the items on the budget that is being worked on now called trails mapping, is a project Ledbetter is excited about.

“That’s an ongoing project that we have been working on for a while,” Ledbetter said. “What we’d like to do is provide mappings for the Spring Mountains trails areas. We know it’s a popular ATV and UTV destination, so we’d like to get those trails professionally mapped, so we can provide visitors with a fold-out guide. Also, get a electronical posting for our VisitPahrump.com website.”

The project, which $10,000 is budgeted for, will probably be complete sometime next year as Ledbetter said they are working with several different agencies in Nye County and Clark County. Ledbetter explained they are closely working with Pahrump Public Lands Advisory Board member Bob Adams on the project, and that he has been instrumental in the process.

Attention will now turn other popular events coming up in town like the Fall Festival and Grape Stomp Festival, which they will do through regional ads, radio buys, social media ads and promotions as well as general destination public relations.

Aside from the big events, Ledbetter said they will begin a new campaign aimed at promoting different hotel packages offered in town. The tourism board distributed a regional press release, created new banner ads, social media ads and print ads to support the campaign.

This will include working with the area’s newest hotel, the Holiday Inn Express on 160, which is set to open Sept.1, which Ledbetter explained will be a be a big deal for the area.

“They are definitely looking forward to participating in all of our promotions,” she said. “Getting posted on our website, as well as getting their information up on Travel Nevada.

“It will be a tremendous asset for the town of Pahrump. It’s a great asset to have a branded hotel here and we needed the additional rooms. We’ve needed them for some time.”