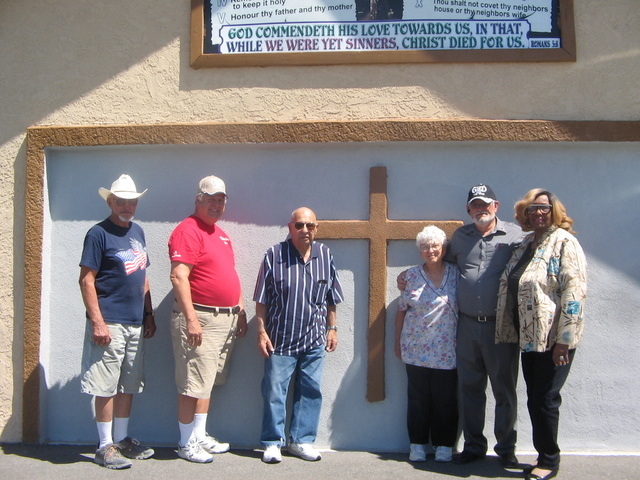 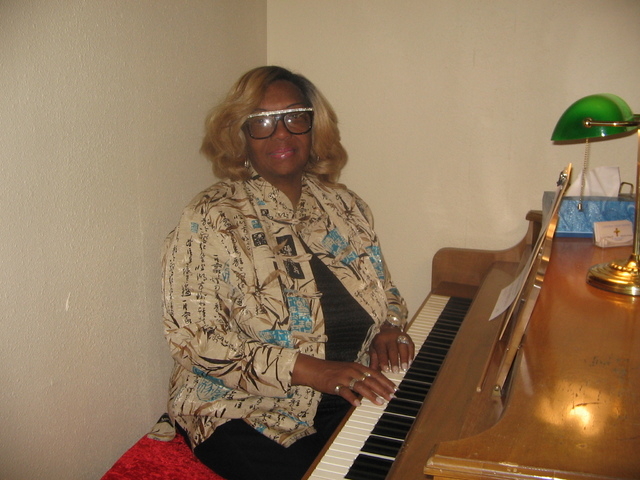 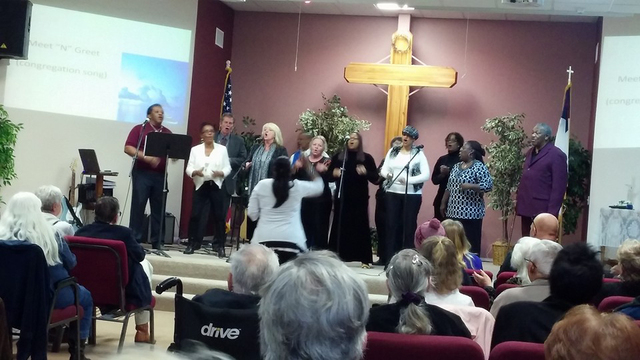 This Sunday is the fifth one in the month, a calendar occurrence that happens about four times a year.

When it does, participants from area churches join together for a program of music and song to give glory and praise to the Lord.

Geri Atkins, minister of music and pianist at the Second Missionary Baptist Church, coordinates the 5th Sunday Sing program and the next one is this Sunday. It begins at 5 p.m., at Shepherd of the Valley Lutheran Church, 650 S. Blagg Road, followed by an ice cream social. The event is free.

Atkins moved to Pahrump from Walnut, California in 2004 and was interested in what was happening musically in the community. She learned that the former 5th Sunday Sing had “folded” and wanted to bring it back.

In 2006, she sent out letters to various churches to solicit interest in the event. Initially, she received three responses from churches in Pahrump, and one from her brother’s church in Phoenix, Arizona. She was instrumental in renewing the event and the first one, under her direction, was held at the Bob Ruud Community Center.

“As the word got around Pahrump and it started to grow, and more and more people loved the 5th Sunday Sing, they wanted to be a part of it,” Atkins said. “So it got really huge, where we stopped having 10 or 15 people in the audience, to we’ve got now, basically, anywhere from two to three hundred people at the most.”

That’s when Atkins started looking for help from local pastors, including Pastor Ron Fairbairn, from Central Valley Baptist, to help in organizing the event.

Fairbairn plays the harmonica and is fondly called “Harmonica Ron” and sometimes entertains as a backup during the program.

Atkins is always looking for ways to expand it. In January, Lillie Knauls, of the famous Gaither Family Revue performed at the last 5th Sunday Sing and there are plans to have a group of blind singers from the Blind Center in Las Vegas participate in the future.

Area churches take turns hosting it and the number of performers varies each time. Atkins has about 16 groups and soloists on tap for Sunday.

It’s not a talent show, there’s no dancing or extras, it’s just music per se and only Christian music is allowed, nothing secular or offensive, according to Atkins.

Atkins, in her own right, is an accomplished vocalist and musician coming from a musically-talented family. She has performed with late gospel musicians Rev. James Cleveland, Thurston G. Frazier and the Los Angeles Community Choir.

She also did recorded studio background singing sessions for Michael Jackson, Diana Ross and others, but she is now totally involved with gospel music.

Nicky Giordano, known as “Nicky G”, is a solo saxophone player who describes himself as “the wandering minstrel” and will be performing once again on Sunday.

He picked up the instrument when he was 10 years old from his older brother, growing up in San Jose, California. Giordano started to play his brother’s sax when he wasn’t home, his father heard him and decided the younger son should have his own.

Giordano booked his first professional gig when he was only 14 and played in clubs while serving in the Navy during the Korean War.

He used to perform in Las Vegas, filling in for bands and orchestras wherever needed.

“So, I always loved the saxophone,” Giordano said.

After moving to Pahrump in 2003, he gave up playing the sax for a time. The word spread about his talent and he started performing around the community and in some schools in Pahrump and Las Vegas.

“If God didn’t give it to me, I don’t know who did,” he laughed. “ It’s a God-given talent and most of my family has been inclined with music.”

Karl Ritterby remembers the former 5th Sunday Sings when he moved to Pahrump in 1996 and people came from Beatty, Amargosa, and even Searchlight.

“The Searchlight Community Church was a regular at the Pahrump Valley 5th Sunday Hymn Sings,” Ritterby said. “They blessed us by coming all that way faithfully to just join in praise.”

Ritterby is part of the Sheep Shed Singers song team, from Shepherd of the Valley Lutheran Church, who will also perform.

“I can’t think of a better way of celebrating Memorial Day weekend than singing to the Lord in a community setting,” Ritterby said. “You don’t have to be a professional singer because the Lord listens to your heart, rather than your voice,” he added. “And if you’re praising him the right way, everybody’s going to hear great music.”

Art Schalk, from the Pahrump Valley United Methodist Church’s musical specialty is playing country gospel on his electric guitar. He and Beverly Bishop will be performing and singing a duet.

“The 5th Sunday Sing for this community is just a joy,” Schalk said. “I just enjoy playing it and I’ve gotten a good response so far from what I do. So, I’ll keep on doing it.”

Judy Fairbairn is not a musician, but assists her husband, Pastor Fairbairn, and is always in the audience.

“I just love it, I love the 5th Sunday Sing,” she said. “I look forward to it and it’s just really great.”

Pastor Fairbairn said the host church gets the audience to participate.

“The whole congregation sings, we do about three congregational songs where everybody sings, he said. “And also during the performances, after they hear the first two verses, we’ll say okay, now we want everybody to join in and that’s what happens.”

Jim Wulfkuhle is the new choir director at Central Valley Baptist Church. This will be his first 5th Sunday Sing even though he’s been a longtime French horn player and musician. He played in the Army band while in Viet Nam.

The choir and worship team are combining to perform two numbers, including “Onward Christian Soldiers,” since most people know it and it’s kind of a Memorial Day theme, he said.

“The Nugget, they’ve blessed us, we had over 300 and some people in that place,” Pastor Fairbairn stated. “But, we’re not able to get it all the time. We do try to hold it in a different venue also, not just in a church. So that way we can draw more people from the community because that’s what it’s about. It’s the Christian churches getting together so that we can get all our community to come in and enjoy.”

All ages are welcome. “We’ve had some young kids get up there and blow you away,” Pastor Fairbairn added.

For more information contact Geri Atkins at 775-513-3991 or email her at geriatkins@yahoo.com.