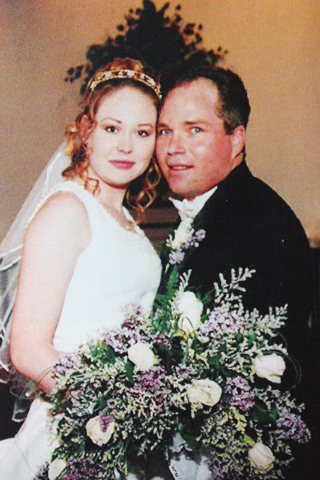 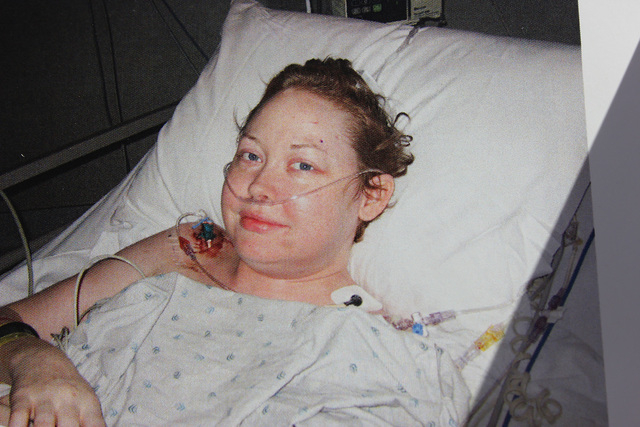 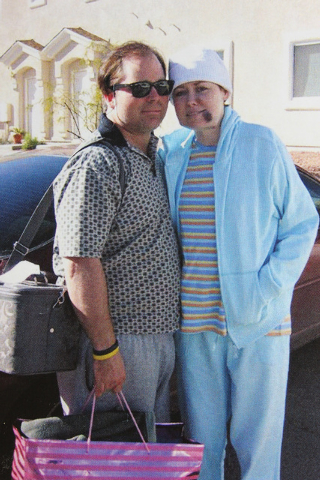 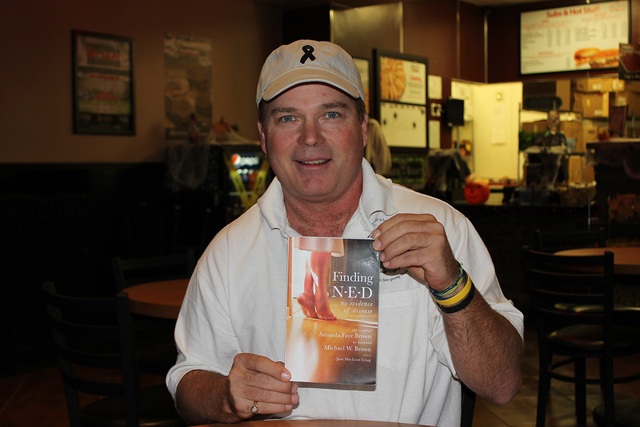 What started out as a mole soon grew into a painful skin cancer from which Amanda Faye Brown would never recover.

She was only 31 when she died, and her husband, Michael Brown, saxophone player for Sha Na Na, has devoted his life to keeping a promise to Amanda — to raise awareness of this deadly and dangerous disease.

Brown is determined to educate young people about the dangers of skin cancer and melanoma.

When you meet Brown for the first time one of the first things you notice is his infectious smile and his gift of gab. Brown makes no apologies for that. In fact, Brown says it is what makes him the best person for the enormous task of spreading awareness.

He has been spreading the word in different localities since his wife passed in 2006.

Brown said Amanda always wanted to be a writer. However, after her life was cut short, Brown teamed up with Jane MacClean Craig to put her journey in a book, which was published in 2012.

Putting her life story into words was painful for Brown, but he forged on as part of his mission to spread the word about Amanda’s journey from diagnosis to death.

“‘Finding N-E-D (No Evidence of Disease)’ tells the story of the young couple and their life both together and Amanda’s journey with the disease and the treatments she endured,” Brown said. Along with the book, Brown created a website, “Amanda’s Message.” It also entails their fight against the disease.

The book chronicles Amanda’s trek from finding a small mole to a diagnosis that forever altered their lives. Brown said after the loss of his wife he felt he had to do something.

“I was still in fighting mode. I had to find a cure.”

In his frustration and sorrow Brown contacted the Melanoma Education Foundation and explained that he wanted to learn more about melanoma.

“Amanda’s message” is a series of high school talks dedicated to his late wife’s memory.

“This is what she wanted me to do,” he said. “She made me promise that I would keep spreading the word about melanoma awareness.”

Brown said melanoma is the most dangerous type of skin cancer that has been ignored by the general public as an invasive type of cancer.

Although the seminar is to educate youth, Brown said if parents would like to attend it is best to call the school for information and permission. Brown explained he usually speaks to students during the health classes.

Brown said his goal for middle and high school students is awareness and the early detection of melanoma. The focus of his talks is to the junior and high school population with an emphasis on tanning beds.

If left untreated, the life-altering effects can consume the entire family.

“What I want even more than getting that point across is to make every person aware of it and to make sure they get to their doctor and get checked for this disease,” Brown said. “I believe it could save lives by just paying for a doctor’s co-pay versus the mounting debt of treatment.”

For Brown, he contacted the Melanoma Education Foundation and found a support system. He soon discovered there was almost no media coverage on this deadly form of cancer. Brown said that one person dies every hour in the United States from melanoma.

“I still wanted to fight, said Brown, who became the foundation’s executive director of the Nevada chapter. “I wanted to make sure that everyone knows how important it is to get moles checked.”

Through his involvement with the foundation, Brown has been able to continue his fight and to help spread awareness of melanoma’s dangers. He has a binder filled with letters from students of all ages that simply say, “Thank you.”

The letters are from students thankful for his presentations and giving them information on the dangers of skin cancer.

Brown said people need to realize that a co-pay at the doctor’s office to get a mole checked is so much more important than the possibility of financial ruin due to continued mounting debt to treat the disease.

Brown said if anyone wants to learn more about the disease they can visit the websites melanomaeducation.net or skincheck.org.

Brown is driven to continue the fight that began with Amanda.

“I have to keep my promise to her. I will forever keep that. I love to talk. It’s what I’m good at.”